I, Tonya is the fun, tragic, and untold story of Tonya Harding we all need to hear 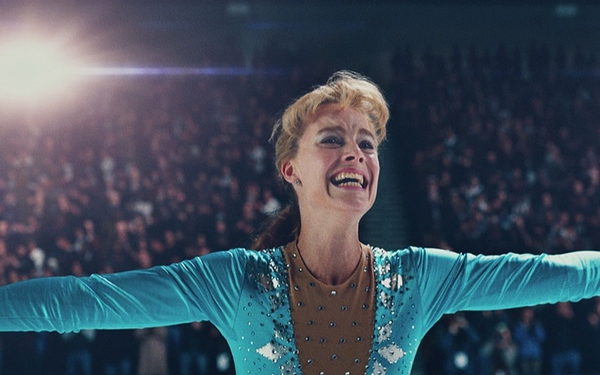 I was about four-years-old when a thug attempted to smash figure skater Nancy Kerrigan’s knee cap to pieces. I didn’t know who Kerrigan was, or why the news wouldn’t let it go, but I did learn one thing. Whoever this Tonya Harding character was had to be certifiably insane, or at the very least pathetically desperate to go through such brutish measures to have her opponent taken down. Throughout the decades since, stories on the “incident,” as people closely involved like to call it, only confirmed those feelings, as Harding’s character was always rubbed in the dirt and her redneck homelife satirized endlessly. With I, Tonya, however, there may be a turn of the tide in how we consider Harding, and while it may be too late to save her figure skating career, there is a gratitude owed to being pushed into her world, a remarkably goofy and heartbreaking one with plenty of insight for us as voyeurs.

The story most of us know goes something like this: mere months before the 1994 Winter Olympics were to take off in Lillehammer, Norway, a man followed Kerrigan as she got off the ice at her training facility in Detroit. Wielding a baton, he proceeded to whack Kerrigan’s leg, intending to break it. Unfortunately for the poor, untalented hitman, he only bruised the athlete’s thigh, an injury minor enough for her to recover in time for the Olympics. Despite denying any involvement in the attack, the media feasted on the concept of Harding as the mastermind, making fodder of her private life, and ultimately ending her career in figure skating forever.

This is where we are going to step in with director Craig Gillespie (Lars and the Real Girl), who had something entirely different to say, not just about the incident, but about Harding as a human being with a complex personal history, and furthermore, about the power of the people to assert blame and ostracize an individual en masse.

With Margot Robbie (Wolf of Wall Street) starring as our rambunctious and determined skater, Gillespie takes us on a tour of Harding’s life, starting with an interview of an older, retired Harding. These testimonials, based on actual interviews with the people closest to Harding, are the backbone of I, Tonya, which at first comes across as a lazy storytelling mechanism. As they become further integrated into the story, however, they become reminders of the futures these characters are walking towards in the narrative, which lends both to the comedic and the tragic aspects of Harding’s tale.

This blending of tone is ultimately what is so grabbing about I, Tonya, which could have been molded in countless ways. Many elements are truly farcical and hard to believe are actually true, but screenwriter Steven Rogers (Hope Floats), does a tremendous job incorporating Harding’s crude language, her abusive relationships with both her mother (the brilliant Allison Janney, Juno) and her husband Jeff Gillooly (Sebastian Stan, Captain America) in a sensitive, yet light way that makes it all conceivable. The scenes of domestic violence, while quite brutal, aren’t cast in overbearing ways, but rather with a hint of sarcasm thrown in, as if to say that Harding herself didn’t bat an eyelash at the realities of her life, so why should we? We learn more by her reactions than dwelling on the implications of the act itself, and Rogers does an excellent job straddling that line throughout the course of the extensive biopic.

And then there is Robbie as Tonya Harding. First, a shout out to the makeup and costume design team who transformed the beautiful Aussie into the backcountry ice queen that everyone loved to hate. In countless scenes, Robbie takes the over-the-top traits of Harding and siphon them down into something personable, charming even. The reason the public and judges rejected her over and over again, was because she didn’t adhere to the rules of what a figure skater or, more fundamentally, a woman , should be. Robbie takes that as a challenge and nails it every time, in both the tense, quiet moments, as well as the times when Harding aims her loaded shotgun at her husband. She has the power of expression at her fingertips, and in I, Tonya, she’s showing it off.

Surrounded by a stellar ensemble, especially Janney as Tonya’s relentlessly demanding and resentful mother, Robbie takes flight and invites us to watch. Clocking in an over two-hour playtime, I was worried the fun of such a biopic would be lost. Rest assured, every minute is enjoyable, even in its painful truths that it does in fact wield. I, Tonya isn’t just a vehicle to show the true side of Tonya Harding’s story, but goes further as a reminder to check our own behavior as fans, consumers, and audience members. That’s the sound of striking gold to me.

I, Tonya is now in select cities.  Purchase tickets to see I, Tonya here!