Picks for the top food trends of 2018 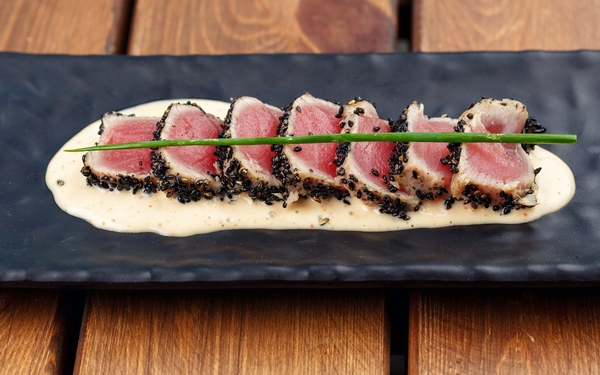 Sales of seafood are increasing, in both restaurants and grocery stores. Part of its growth is due perhaps to popular diet plans that use it as a clean protein. (Artur Begel/Dreamstime/TNS)

About a year ago or so, I wrote an admittedly snarky little column about a survey of food experts making predictions about upcoming trends.

The survey was presented by the Food Channel, and this year they got even with me. They invited me to take part in the survey.

Naturally, I accepted. I am perhaps a little too fascinated by trends in food, so this was like whipped cream to me.

The results will be published by the Food Channel, which is not to be confused with the Food Network (when they first contacted me about this, they thanked me for knowing the difference).

Making my own ranking of the top-10 trends was harder than I thought. A couple of the possibilities I rejected out of hand, such as a trend of people trying to figure out what will be the next popular flavor, or new food holidays (even if professionals are trying to think of food-related ways to celebrate the Day of the Dead, I don’t see it catching on).

But other trends were more provocative and tempting. Underground dining may be a thing, but you won’t find a lot of underground supper clubs in St. Louis. And yes, the recent fires have devastated Napa Valley, forcing wine lovers to look elsewhere for their drinks, but I can’t imagine them being as happy with wine from any other American region, including the Midwest — as the authors of the survey suggested.

After considerable thought, here are the top 10 upcoming food trends I picked, in order (the trends’ names were part of the survey):

— Underserved food regions becoming new regional flavors — Our search for regional cuisine is getting more specific. Instead of wanting Southern food, we now look to Nashville hot or Carolina sweet. We also seek out heirloom recipes from specific regions, and the foods grown only there.

— Generational influencers of food — Each generation leaves its mark, especially now that we think in terms of generations. Generation Z, the people who are coming after millennials, are the most ethnically diverse in the country’s history (when you think about it, so is every generation in turn), and they are interested in ethnic flavors. Meanwhile, the ever-influential millennials are moving us toward responsibly produced, clean and plant-based food.

— Ethnic beyond entrée — Ethnic food is not just about the main course anymore. You can get Korean ice cream and Indian snacks. At Safeco Field ballpark in Seattle, they even sell fried crickets.

— Savory rules — Americans are abandoning their sweet tooth (I’m not sure I buy that part of the equation) in favor of savory and even sour flavors. Sour beer is big these days, and so are other foods that are fermented or taste of vinegar.

— Beyond fish sticks — Sales of seafood are increasing, in both restaurants and grocery stores. Part of its growth is due perhaps to popular diet plans that use it as a clean protein, part to new packaging that allows it to stay fresher longer, and thus be more easily available in areas far from the coasts.

— Life after meal kits — Judging by the stock price of Blue Apron, the meal-kit craze has hit its peak. Perhaps the kits were getting too expensive, perhaps customers used them to learn how to cook and now feel confident cooking without them. On the other hand, occasion-based meal kits are becoming more popular, with boxes that are specifically tailored to, say, the holidays.

— Screen to table — Some companies are highlighting their brands by associating them with food. Hallmark eBooks include a recipe in each one. Movies and even video games are offering cookbooks based on the foods they show. The Netflix hit “Stranger Things” has spawned its own cooking show.

— Food tourism — Now that food has moved from sustenance to entertainment, the tourism industry, including hotels and tours, is spotlighting the foods local to individual regions and cultures.

— Buy or be bought — It’s all about the e-commerce. You can now order groceries on the internet and have them delivered to your door (or ready to be picked up at the store), and many restaurants are now using apps to schedule deliveries and in place of traditional reservations.

— Simple foodies — As food gets more complicated, a counter-movement is trending toward food that is simpler and elegant. The idea is to use relatively few ingredients, allowing the flavors to stand on their own and focus on the pure flavor of the dish.