In ‘France Is a Feast,’ Paul Child steps out from Julia’s shadow 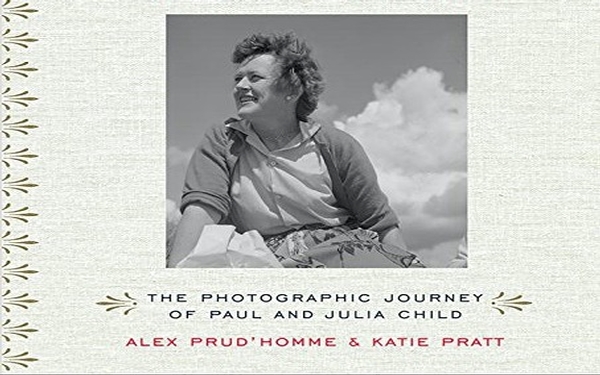 "France is a Feast" by Alex Prud'homme and Katie Pratt (Amazon)

Now it is Paul Child’s turn.

The man best known today for his marriage to Julia Child (and his portrayal by Stanley Tucci in the 2009 hit move “Julie & Julia”), brought his bride to Paris in 1948 when he took a job as cultural attache for the U.S. Information Service. It was he who knew France, and good food and fascinating art. Julia? Well, she was an eager student looking for her true calling. The pair stopped for lunch in Rouen on their first day in France, and Paul ordered oysters and sole meuniere. Well, you know what happened next to Julia: That lunch sparked something within her that would ultimately change American cooking, cookbooks and television.

A new book “France Is a Feast: The Photographic Journey of Paul and Julia Child” tells the story of that fateful time from Paul’s perspective, as revealed in letters, sketches and, wonderfully, some 225 black-and-white photographs — many of them never seen before publicly.

Alex Prud’homme and Katie Pratt are co-authors of the book. Brooklyn, N.Y.-based writer Prud’homme is a great-nephew of Paul Child’s. He helped Aunt Julia with her posthumously published memoir, “My Life in France” (2006), which served as a partial base for the “Julie & Julia” movie. He later wrote a book about Julia’s astonishing career upon her return to the United States in 1961 titled, “The French Chef in America: Julia Child’s Second Act,” which has just been released in paperback (Anchor Books, $17). Pratt is a photography curator living in Napa, Calif. Her parents were close friends of the Childs’, and Paul Child gave her art lessons as a child.

“Alex and I grew up knowing Paul and Julia,” Pratt said recently by telephone. “For both Alex and I, this is a personal tribute, and we’re both happy with it.”

The Childs were in France until 1954, Prud’homme noted during a talk and book signing in November at the University Club of Chicago. The photographs taken by Paul Child include landscapes, abstracts, architectural studies, man/woman-on-the-street and, yes, his wife. There are photos of the then-unknown Julia in the kitchen, of course, but there are snaps of the Childs discovering France — and each other.

“You are seeing them as young people finding themselves, and you see Paris, and Marseilles and the countryside in those post-war years before they were built up,” Prud’homme said.

Julia Child considered her husband “a photographer of note,” as Prud’homme put it. And Paul Child’s photographs are quite good; one appreciates the keen attention to form and line, the graceful repetitions of tree trunks or bridge arches, the interplay of darkness and light. His sense of humor is clearly evident, too, as in a photograph of Julia on the telephone and all one sees are her long, long legs sticking out of the booth.

Leafing through the 225 photographs in the book, one can see why the great Edward Steichen came for lunch and left with six of Paul Child’s works for the Museum of Modern Art collection. (Prud’homme said one of those photographs is included in the book: a memorial plaque to a Resistance fighter of World War II on a bullet-pocked wall.)

Pratt said what marks all of Paul Child’s work is that “the compositions are incredibly well-balanced.”

“The cover shot, which appears to be sort of a simple photograph, is an example of Paul using that decisive moment technique, because he happens to catch Julia as she’s looking over her shoulder. The sun is on her face. There’s a cloud on her shoulder. It’s a beautifully composed photograph taken at a picnic. If you see the outtakes, she’s looking down and everything is a mess. He happened to get that one instant. It speaks to that instinct he had. Even taking a snapshot, he was composing with his mind’s eye.”

“I often wonder what he would think of Instagram and cellphones,” added Prud’homme with a chuckle. “On the one hand, he would love it because it is a sort of the democratization of photography. But on the other hand, he had this discerning eye, and he would dismiss a lot of it as garbage because it’s not particularly composed.”

Publication of this book coincides with an exhibit of Paul Child’s photographs at the Napa Valley Museum, in Yountville, Calif. The show runs through Feb. 18 and is curated by Pratt, who had talked to Paul Child before his death in 1994 about showing the work in either an exhibit or book.

“He was flattered but nothing happened in his lifetime,” said Pratt, who also broached the idea with Julia Child. She was “200 percent for the project.” But this book, Pratt added, had to wait for Julia Child’s memoir to come out. Pratt said there were thousands of Paul Child’s negatives stored in the homes of various relatives and her parent’s house. Originally, she had thought of producing a coffee table “art book” of Paul Child’s photographs, but then she realized there was so much biographical information to go with it. Paul Child, she said, meticulously organized his negatives and kept a log book in which he recorded information about every photograph. He kept a journal and was a prolific letter writer too.

“Paul left a perfect trail,” said Pratt, adding she and Prud’homme decided to narrow the scope of the book of photographs to those years in France and make it a “visual followup” to Julia Child’s memoir.

Prud’homme said a sequel to this photography book is possible — either a “full-color overview of his entire body of work,” as envisioned by Pratt, or perhaps a second book could be paired up with photographs of the 1960s and 1970s, the period covered in “The French Chef in America.” It was a time of the couple’s highest and lowest points, Prud’homme said. Julia Child had undergone a radical masectomy in 1968, and, in 1974, Paul Child had a botched heart bypass operation from which, Prud’homme said, he never fully recovered. Yet Prud’homme said Paul Child continued to take photos, paint and write when he could.

Pratt said Paul Child left enough photographs for several books. She’s particularly interested in his work from the 1920s and 1930s (before he met Julia), which she described as “very strong.”

Paul Child once described himself as the unseen part of the iceberg that became his wife’s stardom, Prud’homme said, pointing out that after his retirement in 1961 from diplomatic service, Paul worked to support Julia’s skyrocketing career. That the focus is now returning to Paul Child and his photographs — thanks in large measure to Julia’s fame — seems a neat circular progression.

How would Paul Child react to this book?

Review
The lies and mistakes that led us into Iraq, laid out in a new book
1,154 views

Review
‘The King of Confidence,’ by Miles Harvey
826 views