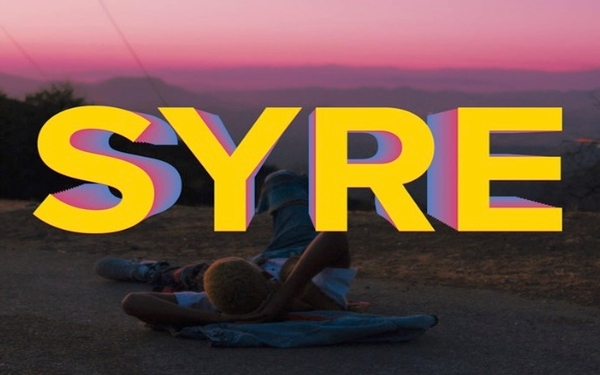 At 72, Neil Young remains a riveting live performer. In the studio, though, he’s been erratic at best in recent years, as he moves from one experiment to another, such as 2014’s low-fi collection “A Letter Home” or 2015’s “The Monsanto Years,” an assault on agribusiness recorded with the Promise of the Real, the band that features Willie Nelson’s sons Lukas and Micah.

On “The Visitor,” Young is back with the young and hungry POTR and sounds more focused and on target than he has in years. Credit for that goes to — who else? — Donald Trump. Over a steady garage-rock rumble, Young lays out his point of view: “I’m Canadian, by the way, and I love the U.S.A,” he sings at the start of “Already Great,” as the band chimes in with chants of “No wall, no hate” and “Whose streets? Our streets!” But what’s notable about “The Visitor” is the variety of perspectives and musical approaches it presents. Young does label Trump a “game show host” and “liar-in-chief,” but the album is neither musically one-dimensional nor a nonstop rant along the lines of, say, 2006’s anti-Bush “Living with War.” Instead, Young uses both delicate musings like “Almost Always” and overblown resistance anthems such as “Children of Destiny” to animate ideas about a natural order under attack. And he’s perhaps most effective on the gently rambling closer “Forever,” in which he frames his concerns about a world without responsible leadership in religious terms: “The earth is like a church without a preacher,” he sings. “The people have to pray for themselves.” — Dan DeLuca

First, forget that “Syre” is the debut album from one of West Philly-born Will Smith’s kids, Jaden: a young actor and singer-rapper in his own right who has recorded many a guest feature and mixtape long before this. If you’re not paying attention to birthright (or his goofball videos that preceded the album’s release, yikes), “Syre” is a deliciously low-key, exquisitely eccentric — even cinematic — hip-hop nu-soul effort.

Half of “Syre” was coproduced by Norwegian songwriter Lido (Chance the Rapper, Halsey), and there’s a woozy electronic film to the proceedings, whether it’s the slow, filmic four-part suite “B,” “L,” “U,” “E,” (featuring haunting female vocals from sister Willow), or the rickety atmospheric rap of “Breakfast” featuring rough soul mouthpiece A$AP Rocky. Whether on the Lido tracks or beyond — the spacey, low-slung “Watch Me,” the wonky, thumping “Batman” — Smith’s scattered lyrics are best rendered in his deepest, sing-songy manner. His attempt at vocalizing on the caramel jazzy “Fallen” is fine as wine, as his baritone register tickles an electric piano’s tinkling. Then there are wrong songs, such as the third-rate Kanye crib “Watch Me” (OK, he samples Yeezy’s “Black Skinhead”) and the miserably screechy “Icon,” which samples “The Hi De Ho Man” and finds Smith’s voice and lyrics in a dumb, too-high place. Syre is good, not great, and certainly promising for the 19-year-old Smith. Just keep it low-down and deep. — A.D. Amorosi

Chris Stapleton’s breakthrough has been one of the more heartening developments out of Nashville in recent years. The success has been well-deserved — he had long been valued by fellow country artists as an all-around talent, but always in the service of others.

“From a Room, Volume 2” follows the format of “Volume 1,” which was released this year and was just nominated for a Grammy. The burly, bearded Stapleton leads a spare guitar-bass-drums combo, with his wife, Morgane, on background vocals. That puts his talents as a singer, writer, and guitar player in stark relief.

Here, Stapleton again cuts loose with the Waylonesque honky-tonk of “Hard Livin’” (“This hard livin’ ain’t as easy as it used to be”) and the blazing, blues-inflected rock of “Midnight Train to Memphis.” But he’s equally adept at more intimate, acoustic-textured numbers that range from the arrestingly dark imagery of “Scarecrow in the Garden” (“There’s a Bible in my left hand and a pistol in my right”) to the resolute positivity in the face of quotidian struggles found in “A Simple Song” (“I love my life … the kids and the dogs and you and me”). — Nick Cristiano