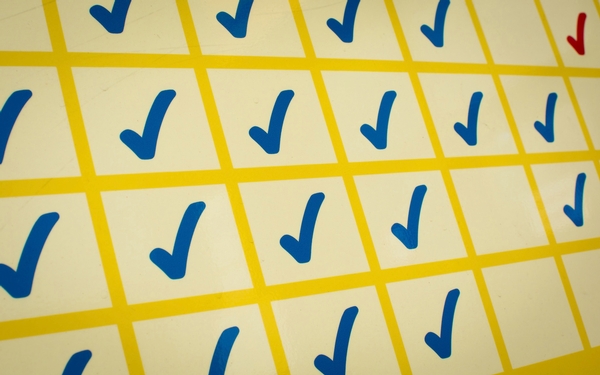 It’s much more difficult to start again than it is to keep going. (Dreamstime/TNS)

These were the excuses I made when I failed — yet again — to keep up a new habit. These were the things I’d tell myself when I thought about the things I wanted to do daily — journal, meditate, go to the gym — but never did.

I had an excuse for everything. I had a reason to control every failure. The road to success may be full of curves, but the path to failure is much easier to predict. And I like to stay in control.

Over the last few months, I went from not being able to be consistent with anything to genuinely doing the damn things I wanted to do. It wasn’t a matter of forcing myself, and it wasn’t a quick fix. It was a diligent, conscious, intentional and vigilant process to bring about new, healthier habits into my life.

Late last year, I hit a breaking point. If I continued on the path I was on, I realized that in two, five or 10 years I’d only have regrets, frustration and a gnawing sense that I could have done better. I was tired of dreaming up goals and never achieving them.

I hate to be stereotypical and quote Gandhi, but hear him out: “Happiness is when what you think, what you say, and what you do are in harmony.” The problem was that I was in disharmony with myself. I’d set a reminder to meditate every day, then ignore it. I told myself I’d walk outside every day (at the very least!), but always found a way not to go outside. I wanted to write often, yet writing consistently became impossible.

In the past, I used shame to “inspire” me to change. I thought if I hated myself or loathed where I was in life enough, I’d have to change.

But that’s not really how change happens — for me or anyone else. Ultimately, shame, hatred and loathing won’t provide lasting motivation. People, including myself, are inherently more interested in positive reinforcement.

I started to think of the habits I wanted to create — journaling, working out and meditating — as ways to bring joy and positivity into my life. Thinking of them in this way helped me step out of the cycle of self-hatred and guilt.

It helped me see my habits as expressions of self-love — as gifts to myself as opposed to punishments — and changed my entire attitude toward building new routines. Here are the six guidelines that helped me enact change.

I didn’t choose habits I thought I should add because of what anyone else was doing or because some silly article on the internet told me I should. It wasn’t about keeping up with other people; it was about listening to myself.

Once I started to see these habits as things I wanted to add, my entire attitude toward building rituals and routines changed. For example, when I started viewing the exercise bike at the gym as a fun challenge, I would see how many more miles I could do each week.

2. Build your habit your own way.

No more reading about productivity. No more berating myself by reading other people’s morning routines and expecting mine to mimic theirs.

When I started to build up a consistent gym routine, I only went when I wanted to go. For me, that was around 2 p.m. every day, after I had spent enough time working and wouldn’t be distracted by a long to-do list.

I knew that if I tried to take on too much, I’d find a way to make an excuse. So my daily goals were tiny. I started with two minutes of meditation, which eventually built up to 10, then 20 minutes. Those 20 minutes on the bike at the gym built up to intense interval workouts and strength training three to four times per week.

I realized that just doing the thing, no matter how small, meant I was more likely to do the thing the next day. It’s much more difficult to start again than it is to keep going. Developing a streak and gaining my own momentum were huge shifts in staying true to my commitments.

There is no place for perfectionism when developing new skills. If I missed a day or if life happened, I let it go. When I got sick with a cold and missed several workouts, I didn’t beat myself up. When I had a bout of depression and became apathetic toward my goals, I didn’t shame myself.

Executing my goals perfectly is not the end goal. The end goal is to feel better about myself. I refused to chase habits that were going to make me feel awful about myself in some misguided pursuit of future joy.

When I began journaling every morning — a habit I’ve wanted to build for over a decade — I put a number in the corner of each page to indicate how many days in a row I had written. This became a huge motivating factor. I celebrated 30 entries in a row in my journal, then 100 entries, and now nearly 200. I celebrated my pen running out of ink. Finally, after I filled up an entire notebook, I celebrated buying a new Moleskine on Amazon.com.

Achieving these tiny milestones kept me excited. I also downloaded an app called Way of Life, which you can use to mark off how many days in a row you’ve stuck with a habit, no matter how small or seemingly inconsequential it is. (I mean, I proudly mark off “brushed teeth” on there each and every day.)

Acknowledging these achievements gave me something positive to look forward to: my own recognition and appreciation. It was revolutionary, and it continues to be the cornerstone of how I add habits to my routine.

Yeah, consistency and commitment may sound mundane and monotonous. But I’ve realized it’s better to be “boring” than to feel like crap about yourself all the time. It’s better to go to sleep at night knowing I did what I said I would do.

Gandhi got it right: Happiness is when it’s all in congruence. And at this point, I’ll take that kind of sustainable happiness over a chaotic and free-spirited life any day.