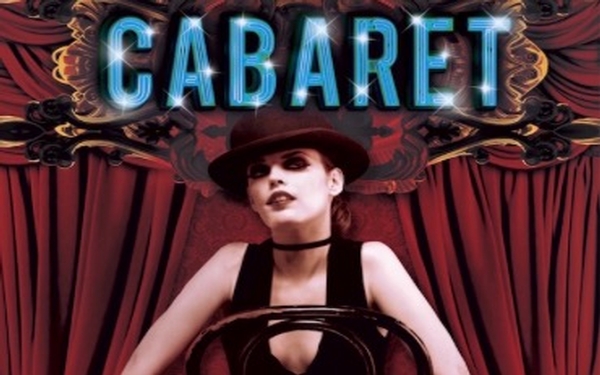 La Mirada Theatre for the Performing Arts and McCoy Rigby Entertainment present the third show of its 2017-2018 season, and the 40th anniversary of the iconic theatre with CABARET, book by Joe Masteroff (based on the play by John Van Druten and stories by Christopher Isherwood), music by John Kander, lyrics by Fred Ebb with musical direction by David O, choreography by Dana Solimando and directed by Larry Carpenter.  CABARET will preview on Friday, January 19, 2018 (with a press opening on Saturday, January 20 at 8pm) and run through Sunday, February 11, 2018 at La Mirada Theatre for the Performing Arts, 14900 La Mirada Blvd in La Mirada.  There is a student discount available of $15.00 per ticket for the 15 performances of the show between January 19 and February 4.  Students must be full-time and have a valid ID.  Order tickets online here!

A thrilling and up-to-date production of a classic show that is now more relevant than ever. The seedy glamour of the Kit Kat Club with its bawdy Emcee provide an unsettling but fitting backdrop to the story of the hard-living entertainer Sally Bowles in the decadent nightlife of Germany in the early ’30s. Come hear some of the most memorable songs in musical theatre history, including “Cabaret,” “Willkommen” and “Maybe This Time.”  Right this way, your table’s waiting at the musical the New York Times calls “one for the ages.”

ABOUT THE CREATIVE TEAM AND CAST

LARRY CARPENTER (Director) is a Tony Award nominee for Starmites!—and a Drama Critics’ Circle Award winner for the Roundabout Theatre’s Privates on Parade.  He directed the Encores! Lady in the Dark and has worked extensively in LORT.  In Los Angeles, he directed Preston Sturges’ A Cup Of Coffee at Pasadena Playhouse; Big Fish and Evita for Musical Theatre West; and Macbeth at A Noise Within.  Currently, Mr. Carpenter directs ABC’s General Hospital. He’s also directed Sony/Nickelodeon’s Hollywood Heights, One Life to Live and As the World Turns—receiving multiple Daytime Emmy and DGA Awards. He served 14 years on the Stage Directors and Choreographers Executive Board of Directors and is a member of the Director’s Guild of America PAC initiative.

DAVID O (Musical Direction) is a music-theatre artist who specializes in contemporary music for the stage and concert hall.  David is thrilled to return for his fifth production at La Mirada, having previously musically directed The 25th Annual Putnam County Spelling Bee, Little Shop of Horrors, Floyd Collins, and American Idiot.

Other Musical Direction credits include: 13 (World Premiere, Mark Taper Forum), The Wild Party and See What I Wanna See (West Coast Premieres, The Blank Theatre), Breaking Through and Sleepless in Seattle: the Musical (World Premieres, Pasadena Playhouse), and The Fantasticks (Pasadena Playhouse).  Film scores include “Bronies: the Completely Unexpected Adult Fans of My Little Pony”.  David was the 2012 recipient of the LADCC Joel Hirschhorn Award for Excellence in Musical Theatre, is the Chair of “Triple-Threat Boot Camp” at Idyllwild Arts Academy, and is a co-creator of the Voices Within program of the LA Master Chorale.

JOE MASTEROFF (Book). Born in 1919 in Philadelphia, he had only one dream from infancy: to write for the theatre. After the es­sential lonely childhood and four-year stint in the Air Force, he came to New York to face his future: book writer or book seller? Luck­ily, luck intervened. Before long he had three shows on Broadway bearing his name: The Warm Peninsula starring Julie Harris, and two musicals She Loves Me and Cabaret, for which he was the book writer. Thanks to indulgent parents, the New Dramatists, Hal Prince and many others, he is now retired and living in subdued luxury.

In 1985 the song “New York, New York” became the official anthem of New York City. At the time of Mr. Ebb’s death in 2004, Kander & Ebb had several projects in different stages of comple­tion including the Tony-nominated Curtains in 2007, 12-time Tony-nominated The Scottsboro Boys in 2010, All About Us (an adaptation of The Skin of our Teeth) and The Visit premiering at the Goodman Theatre in Chicago followed by the Signature Theatre in Fairfax, VA and nominated for 5 Tonys including best score in 2015, all starring Chita Rivera. Mr. Kander is currently collaborating with author/playwright Greg Pierce on The Landing and Kid Victory which debuted at the Signature Theatre and The Vineyard Theatre.

There is a student discount available of $15.00 per ticket for the 15 performances of the show between January 19 and February 4.  Students must be full-time and have a valid ID.  For more information and to purchase tickets, visit La Mirada Theatre.?

Musical
Summer: The Donna Summer Musical Comes to the Hollywood Pantages from Nov. 5 thru 24!
1,216 views