Finding soul of Havana on music-themed journey of Cuban capital 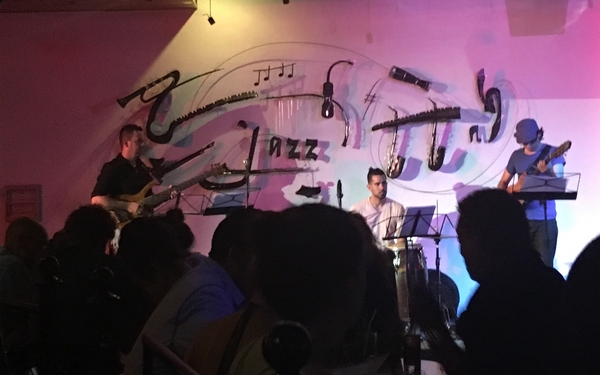 Think Cuba, and much of what comes to mind is rhythm — the beats of the Buena Vista Social Club and bodies swaying to sensual salsa, son, rumba and danzon.

It’s little wonder, then, that InsightCuba’s Jazz in Havana tour struck me as the perfect entree to this Caribbean island. And my dad, Farnell, a Chicago pianist and songwriter, was game to join me on this musical escapade.

The biggest change? Most individual travel to Cuba is once again off-limits for Americans, although cruise ship stops and commercial flights are still allowed. Also permitted are organized, regulated “people-to-people” group trips like the one we took with InsightCuba. These trips are meant to encourage meaningful contact between Cubans and Americans, and participants must be accompanied by a licensed tour-group representative.

What most jazzed us about our five-day, four-night tour was the chance to meet, listen to and even jam with Cuban musicians.

Before heading out to studios and clubs with our guides, we got the lowdown on the country’s jazz history from famed singer, songwriter and musicologist Alberto Faya, a captivating professor who aurally walked us through the African, Spanish and even American roots of modern Cuban music.

The next night, we heard Faya’s bassist son David and his bandmates play at Havana’s Jazz Cafe, a chic, dimly lit spot that features some of Cuba’s best musicians. It’s across the street from the swanky Hotel Melia Cohiba, where we stayed, and the miles-long Malecon, a seaside boulevard and promenade that serves as this sticky city’s living room.

A daytime stop at Abdala Studios brought more live music up close. In a performance just for our nine-person American group, members of the saxophone-led quintet Chewy y su Eclipse Cubano showed off their chops, inviting any musicians among us to join in and jam. My pianist dad, an R&B/jazz/gospel pro who’s led several Chicago-area church choirs, took them up on the challenge. Making himself at home on the keyboards, he seamlessly slid into the soulful jazz rhythms.

After lunch, it was off to legendary Havana jazz spot La Zorra y el Cuervo (The Fox and the Crow) for some midafternoon sounds. This intimate downstairs club is probably Havana’s best known, its stage having hosted international legends like George Benson and Cuba’s own pianist Chucho Valdes. Jazz en Trance, another young sax-led quintet, commanded the stage. And like the bandleader at Abdala, saxophonist Denys Carbo implored the musical-minded in our group to play along onstage.

Again, my dad — whose 1972 soulful slow jam “I Wanna Be Loved” was later recorded by British rock legend Elvis Costello — took the bait. But rather than merely jamming on the keyboards, this former Chicago Public Schools music teacher led these millennials in the classic “What a Wonderful World.” Our group hooted, hollered and clapped for its very own rock star.

Even for seasoned travelers, going to Havana isn’t as simple as booking a trip to London or Paris. U.S. credit and debit cards don’t work in Cuba, and don’t even think about online banking from the island — an action that might freeze your accounts.

While the Cuban government has allowed Starwood Hotels & Resorts to manage and renovate some properties, including the Four Points by Sheraton Havana in the picturesque Miramar district, there’s still less supply than demand.

The U.S. State Department issued a travel warning in September advising U.S. citizens against travel to Cuba, citing attacks of unknown origin that have left embassy personnel with hearing loss, sleep difficulties and other health problems. The warning isn’t mandatory, so travel is still allowed, even though the rules aren’t as relaxed as they used to be.

InsightCuba President Tom Popper said web traffic and phone calls to his company have spiked, as travelers try to navigate the shifting landscape. He said the company has lowered trip prices, compared with last year, and now offers private, small-group tours that let travelers customize packages based on their budgets and interests. The Jazz in Havana tour has several departures scheduled for 2018, with itineraries hovering around $4,000 a person, based on double occupancy. That doesn’t include flights to and from Miami.

The day before leaving Havana, we lunched outdoors at Espacios, one of the country’s privately run eateries called paladares, many of which are housed in converted rooms of family homes or garages.

The tables of this paladar were set in a leafy, secluded backyard as roosters and chickens crowed and clucked around us. Strong mojitos and flavorful cuisine were on the menu — as was more jazz. Stellar young Cuban pianist Alejandro Falcon, accompanied by an equally accomplished drummer and guitarist, served up some serious jazz grooves during the meal.

On our way back to Jose Marti International Airport, our guides hooked up a memorable musical surprise. For the past 60 years, the Bailadores de Santa Amalia — a now-elderly group of neighborhood friends — get together to dance. This Sunday morning, after showing off some of their sweet moves at a small club normally closed at this hour, they and a pair of lithe young dancers pulled us onto the floor to spin, salsa and swing. By the end, we were all sweaty — and beat.

If music is indeed a universal language, after five days in Havana we all found ourselves far more fluent.

(Maureen Jenkins is a freelance writer.)