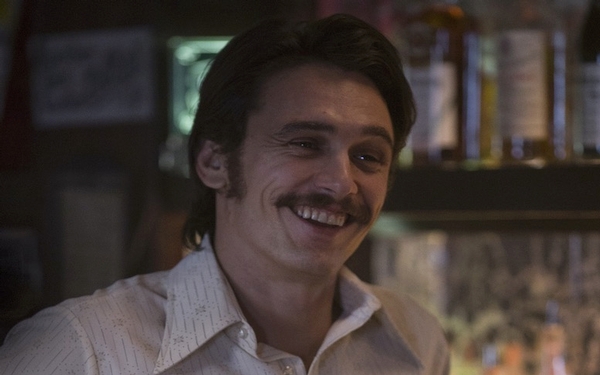 Football season is nearing its end. The weather has turned frightening with sub-freezing temperatures that skip layers of skin and go straight to chilling the bones. Although the days are getting longer — there had to be some good news in there — these are the days of hunkering down with a hot beverage of choice (no judgments as to what), your favorite woobie and TV.

And let’s face it, American television audiences (including yours truly) have morphed into a group that appreciates quality and values watching how they want, when they want and where they want. Sometimes that means taking it slow. At other times, depending on your schedule, that means investing two days into getting through up to 13 episodes of a TV series.

Some of the shows listed below qualify as bingeable because either their respective outlets released every episode at once or there are a sufficient number of episodes to provide enough of a taste to satisfy:

— “The Deuce” (HBO): James Franco stars as twins Vinnie and Frankie, brothers working their way up the business side of Times Square’s sex industry in the ’70s. Produced by David Simon (The Wire), the subject matter can be tough to take, but it’s hard to forget.

— “Godless” (Netflix): A western? Some will appreciate that fact alone. The cast includes Jeff Daniels and Michelle Dockery.

— “Marvel’s The Punisher” (Netflix): This series isn’t run-of-the-mill superhero fare. Jon Bernthal’s former combat Marine is tortured by ghosts of his murdered family and what he could have done to prevent their deaths. He ends up seeking justice.

— “Marvel’s Runaways” (Hulu): In yet another comic book property, the kids wonder if the parents are alright in this sci-fi-mystery-thriller.

— “The Marvelous Ms. Maisel” (Amazon Video): In 1958, life’s upheaval leads a housewife (Rachel Brosnahan) from the home to life as a stand-up comedian.

— “She’s Gotta Have It” (Netflix): Spike Lee adapts his 1986 film for the 21st century. Lee’s name ensured that it was never boring.

— “Stranger Things” (Netflix): Those precocious tweens are back for a second season of adventure inspired by the likes of Steven Spielberg and George Lucas.