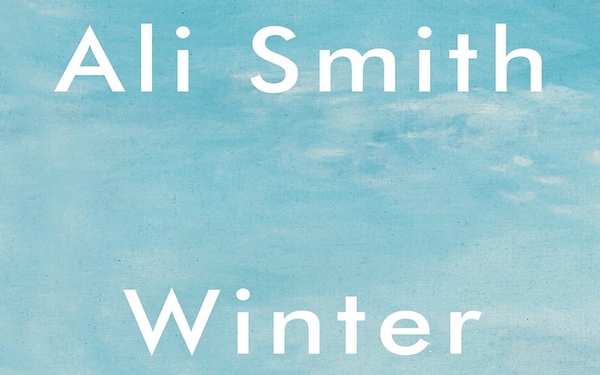 A new year is here — full, let us hope, of good books. While I vow once more to DO something about my own book-choked shelves and tables and corners, many new titles are calling to me. Here are some suggestions for winter-to-spring fiction (some based on advance buzz, some of which just caught my eye from the ever-growing piles of new arrivals on my desk), as well as some older titles that we’ll be seeing on-screen soon. All come with my best wishes for happy reading in 2018!

“Winter,” by Ali Smith. The second in Smith’s planned Seasonal Quartet, this novel follows her acclaimed “Autumn.” It’s set during Christmastime and focuses on “the season that teaches us survival.” (Pantheon Books, Jan. 9)

“Peculiar Ground” by Lucy Hughes-Hallett. An award-winning biographer makes her fiction debut with this sprawling novel, which encompasses three centuries in the life of an English country house. (HarperCollins, Jan. 9)

“Everything Here Is Beautiful” by Mira T. Lee. Lee’s debut novel is getting a lot of early attention; it’s the story of two very different sisters and their unshakable bond, even as their separate lives take them to faraway countries. (Viking, Jan. 16).

“The Underground Railroad” by Colson Whitehead. No, this isn’t new, but I’m including this 2016 novel — which won the Pulitzer Prize, National Book Award and countless other awards that year — because it’s finally coming out in paperback, after a long wait. (Penguin Random House, paperback Jan. 30).

“The Great Alone,” by Kristin Hannah. Everyone’s read Hannah’s perpetual best-seller “The Nightingale,” right? Here’s the latest from the Northwest author: a novel set in 1974 Alaska, where a family has moved to heal. (St. Martin’s Press, Feb. 6)

“The Neighborhood” by Mario Vargas Llosa (translated by Edith Grossman). The Nobel prizewinner’s latest novel is a tale of gossip and politics set during a corrupt regime in Lima, Peru. (Farrar, Straus and Giroux, Feb. 6).

“An American Marriage” by Tayari Jones. “Subtle, well-crafted and powerful” reads the starred Kirkus Review of this contemporary novel, about a couple facing the husband’s incarceration for a crime he did not commit. (Algonquin, Feb. 6)

“Down the River Unto the Sea” by Walter Mosley. The author of the Easy Rawlins mystery series (“Devil in a Blue Dress” and many more) starts a new franchise here with a crime novel featuring Joe King Oliver, a former NYPD detective turned private Brooklyn investigator. (Mullholland Books, Feb. 20)

“Sunburn” by Laura Lippman. I picked up Lippman’s 23rd book, a noirish crime novel that’s a delicious homage to James M. Cain (“The Postman Always Rings Twice), weeks ago when an advance copy arrived — and basically my life ground to a halt while I read the whole thing. Lippman will speak at Seattle Arts & Lectures March 30 with her husband David Simon, the Emmy-winning/screenwriter producer of “The Wire.” (Morrow, Feb. 20)

“Winter Sisters” by Robin Oliveira. Another best-selling writer based in the Seattle area; Oliveira sets her novels in the 19th century. Her latest, set in 1879 New York and involving two missing little girls, is getting early praise. (Viking, Feb. 27).

“The Sparsholt Affair” by Alan Hollinghurst. The Man Booker Prize-winning author of “The Line of Beauty” returns with a novel beginning during the second World War and ending in 2012; it is, as The Guardian wrote in a rapturous review upon its British release, “about gay life, about art, about family, but most of all it’s about the remorseless passage of time.” (Knopf, March 20)

“The Italian Teacher” by Tom Rachman. Rachman’s best-selling “The Imperfectionists” took place in the world of journalism; his new book explores the world of art, focusing on a world-famous painter and his struggling-artist son. (Penguin Random House, Mar. 20).

“The Overstory” by Richard Powers. Powers won the National Book Award in 2006 for “The Echo Maker”; this, his 12th novel, tells of a group of people mysteriously brought together to save the continent’s few acres of forest. Elliott Bay Book Co.’s Rick Simonson, in a blurb, called it “a book of great, ineffable presence.” (W.W. Norton, April)

“Varina” by Charles Frazier. The National Book Award-winning author of “Cold Mountain” returns to the Civil War period with a novel based on the true story of Varina Howell Davis, the young wife of the much-older Confederacy president Jefferson Davis. (Ecco, April 2).

“The Female Persuasion,” by Meg Wolitzer. For all of us who got happily lost in “The Interestings”: Wolitzer returns with what’s said to be another multilayered tale, this one focusing on women and power. (Riverhead, April 3)

“You Think It, I’ll Say It” by Curtis Sittenfeld. I was charmed by Sittenfeld’s 2016 take on Jane Austen, “Eligible”; now the author of “Prep” and “American Wife” is back with her first collection of short stories. (Random House, April 24)

READ THE BOOK; SEE THE MOVIE

“Where’d You Go, Bernadette?” by Maria Semple. Have you STILL not read this wickedly funny, set-in-Seattle novel? What on earth are you waiting for? The movie, starring the always glorious Cate Blanchett, arrives May 11.

“Crazy Rich Asians” by Kevin Kwan. This book, the first of a wonderfully funny trilogy set among an ultrarich Singapore family, is one that I fell into, a few years back, like a swimming pool on a hot day. It’s a treat; here’s hoping the movie — which stars Constance Wu, Michelle Yeoh and Henry Golding — is every bit as much fun. It’s in theaters Aug. 17.

“Ready Player One” by Ernest Cline. Cline hit the jackpot with his 2011 debut novel, set in a dystopian 2044: Steven Spielberg is directing the screen version. Not bad for your first time out! The movie opens March 30.

“Bel Canto” by Ann Patchett. Julianne Moore, Christopher Lambert and Ken Watanabe star in the screen adaptation of Patchett’s 2001 PEN/Faulkner Award-winning novel, set during a hostage situation in a South American country. No release date yet, but it’ll likely hit theaters sometime in 2018.

“The Hate U Give” by Angie Thomas. A YA novel about a black teenage girl whose life is changed after she watches a cop shoot her unarmed best friend, “The Hate U Give” was a best-seller this year. Amandla Stenberg (“The Hunger Games”) and Regina Hall star in the film version, due in theaters in 2018.

“Sharp Objects” by Gillian Flynn. This one has quite the pedigree: An adaptation of a book by the author of “Gone Girl,” directed by the director of “Big Little Lies” (Jean-Marc Vallee), starring five-time Oscar nominee Amy Adams as a reporter who returns to her hometown to cover a violent murder. It’ll air on HBO next summer.

“The Little Stranger” by Sarah Waters. I remember thinking, when I read this Gothic haunted-house novel after its 2009 publication, that it would make an awfully good movie. Let’s hope I’m right! Domhnall Gleeson, Ruth Wilson (who starred in an awfully good “Jane Eyre” British television adaptation a few years back, by the way) and Charlotte Rampling star; it’ll be in theaters next summer.

“The Alienist” by Caleb Carr. A best-seller upon its 1994 publication, Carr’s book (a psychological thriller set in 1890s New York) has finally made it to the screen — the small screen, I should say. It’ll air on TNT as a miniseries beginning Jan. 22; the cast includes Daniel Bruhl, Luke Evans and Dakota Fanning.