The big leap for Ella Mai 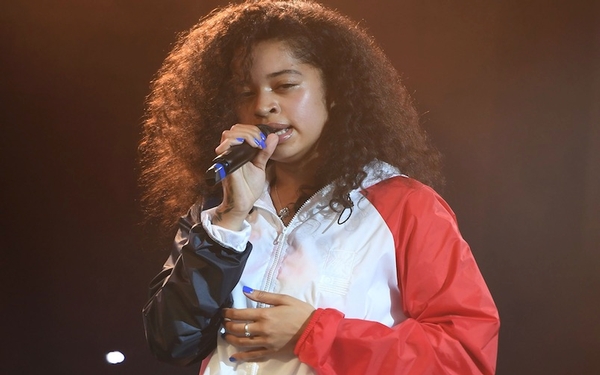 Before Ella Mai turned to Instagram, she didn’t think her music would ever reach anyone.

It was summer 2015, and the singer-songwriter was studying at the British and Irish Modern Music Institute when a light bulb went off: “I literally had an epiphany. Like, ‘What am I really doing?’” she remembered.

Wanting to get her voice out there more, Mai posted a clip of herself singing a soulful twist of Fetty Wap’s trap anthem “679” for her then-500 Instagram followers.

A few days later she covered one of her childhood idols, Chris Brown, and then she tackled 2Pac.

Big Sean, Michael Jackson, J. Cole, Kanye West, Trey Songz and Justin Bieber eventually got the IG cover treatment and her followers grew by the thousands after popular gossip blog the Shade Room re-posted one of her videos.

For months, Mai took song requests from her followers and posted the covers on Instagram before receiving a direct message from DJ Mustard. The L.A. producer caught her take on 2Pac’s “Keep Ya Head Up” and was curious to know if she was signed.

“I had to do a double take at my phone,” said Mai, now 23. “He’s asking me what’s my situation, and at that point I had no situation. I was singing in my bedroom. I worked and went to school — I didn’t have management, or anything.”

Mustard planned a session with the aspiring singer, meeting her in New York after he played 2015’s Made In America Festival in Philadelphia. Mai arrived with limited studio experience, bringing her best friends for moral support.

That first night together, Mai and Mustard cut three records and he immediately signed her to his 10 Summers imprint. From there, things have moved at breakneck speed. Over the course of five weeks they recorded material that constituted a trio of introductory EP’s — “Time” and “Change,” both released last year, and February’s “Ready” — that merged Mustard’s minimal synth-and-bass driven brand of rap dubbed “ratchet” with syrupy R&B harmonies.

“Mustard believes in me so much. It’s good to have a mentor that’s been through it. Even though he’s a producer, he’s been a new artist,” she said. “He’s so laid back and I get a lot of creative freedom, so it’s helped me come into my own a bit easier — I’m not being pushed to do stuff the way you can be when you’re pushed through the industry on a major label.”

Born and raised in South West London, Mai — of Jamaican and Irish descent and named after jazz great Ella Fitzgerald — grew up singing. Her mother enrolled her in a performing arts school before a move to New York when she was 12 took her out of her comfort zone.

“It was such a culture shock for me, being plucked from this diverse neighborhood in London into Jamaica Queens. I’m in this new environment, and I had an English accent,” she remembered. “All the girls hated me. I didn’t sing, I didn’t want anymore attention. It was really frustrating.”

After graduating from high school, she returned to London and started taking college music classes and in 2014 the girl group she joined, Arize, landed on singing competition show “The X Factor.”

The group fizzled in the audition round and quickly disbanded. She decided to take songwriting more seriously, recording a batch of songs with a friend that she posted to Soundcloud. She then enrolled at the British and Irish Modern Music Institute, where she majored in creative musicianship.

Today she’s tucked behind a control board inside a Burbank recording studio, her frame glowing yellow and blue from the mood lights installed in the booth.

She’s midway through recording her debut album, which she started recording last summer after getting off the road with Kehlani, who tapped the singer as an opener for her world tour.

Mai has already recorded dozens of songs for the project alongside Mustard, who exclusively helmed her EP’s, and hitmakers such as Da Internz and Bryan Michael Cox.

Her debut, expected early next year, continues her knack for crafting raw and honest meditations on lust, love and heartbreak over frosty beats. She worked with her idol Brown (“A surreal experience,” she says.) on a feverish, rail-splitting banger called “Whatchamacallit” that’s pegged as her next single and she previewed songs inspired by ‘90s house, contemporary R&B and bass rattling trap.

“The word ‘album’ makes you nervous, especially ‘debut album.’ But to be honest, there’s no one around me making me feel a lot of pressure,” she said. “Working on this album, I feel like I know myself way better than ever before.”