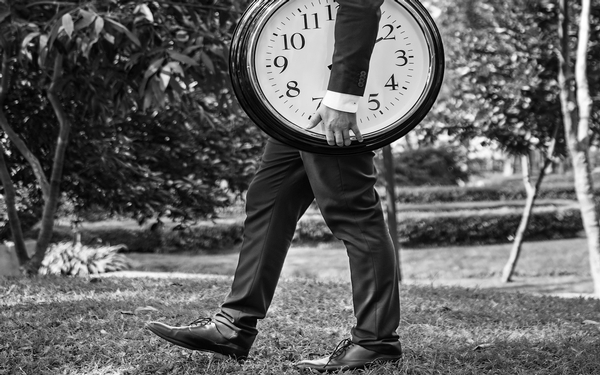 We all have the same 24 hours in every day, and what you get out of life — at any stage of life — comes down to what you do with those hours. (Dreamstime/TNS)

Growing up is dangerous business for your dreams. As the commitments, meetings and deadlines start to flood in, ambitions can quickly drown in a sea of demands. Although we actively seek out responsibilities as we get older — and I think that’s an essential part of being an adult — they come at a cost: There’s no time for anything.

Despite that, we can’t give up on our aspirations when life gets hectic. We all have the same 24 hours in every day, and what you get out of life — at any stage of life — comes down to what you do with those hours. If you can get a handle on your priorities and time management, you can still achieve awesome things, even when you’re completely overwhelmed by everything you have to do on a day-to-day basis.

If you have found something you genuinely want to achieve, you can’t simply dodge your goals because they’re inconvenient. When you leave ambition alone, that unfulfilled ambition turns into regret, and regret eats away at you. There’s no real way to determine what all the long-term effects of a life filled with regrets are, but in my short time on this planet, I’ve seen some of them: I’ve had co-workers who were blamers and complainers, I’ve had friends who were bitter and nasty, and I have personally been depressed — even suicidal.

But how do you figure out which dreams you should really prioritize? We’ve always got ideas coming in — which are worth developing? And how do you deal with that feeling of just having no time? How do you get the ball rolling, and more importantly, keep it rolling? Here are some of the principles that have helped me work toward my goals … even when I’m stumbling along toward them like a drunk puppy.

1. LEARN WHEN PROCRASTINATION CAN BE GOOD (AND WHEN TO SWITCH GEARS)

There’s a massive downside to not following your dreams, but that doesn’t mean you should follow every impulse you have. Not all of your ideas are worth pursuing — that’s true for anyone. Which is why procrastination can be so great: The things you truly want to accomplish will stick in your mind like your first true love. Those are the ideas you have to do something about.

I’ll procrastinate until I realize that an idea is sticky: When it sticks in my head, I know it’s time to commit, to make a binding pledge and obligation to myself to see it through. The commitments you really make become part of who you are; you can procrastinate until you realize that this is the real deal. But at that point, you’ve gotta go all in.

2. START SCHEDULING OUT WHAT YOU WANT TO ACHIEVE

I used to fail at big projects because I didn’t know how to use a schedule. If you want to accomplish something, you have to plan what you need to do and schedule time to accomplish those things. Unfortunately, the education system is designed to produce people who thrive within an organization, instead of educating people who can get things done on their own.

Skills like scheduling are essential to succeed at any individual undertaking, but they don’t tend to be taught in school until college — at which point, habits have already been formed. Of course, the basics of planning aren’t rocket science, which might be why we overlook teaching this ability. But the skill of scheduling isn’t what requires so much training; it’s the habit that requires training.

A solid plan gives you focus and purpose. When I learned how to plan, schedule and manage projects, I started achieving so much more. I made more money, I started working out more, I started writing music, and doing a whole bunch of things I had wanted to do — but couldn’t find the time for.

“The timing isn’t right” is one of the most common excuses to avoid taking on a big project. It sounds like a reasonable excuse to yourself and those around you, and in many cases, you can even look at your schedule and point to the absolute lack of free time.

Unfortunately, waiting for good timing is nothing but an advanced form of the most lethal type of procrastination. You have to find a way to shake out some free time in your schedule: You might have to sleep an hour less, work on the weekend and find ways to combine activities. At my gym, there’s kids’ jiu-jitsu and adult jiu-jitsu at the same time. For the parents in the class, that solves the problem of finding a babysitter.

If you wait for the “right time” to do something, you’ll never do it. You can’t put your dreams off until later, because there will always be more and more demands on your time.

When you’ve decided to do something, you have to act quickly. Successful people are obsessed with speed — speed is the antithesis of waiting for the right timing.

Achieving a goal you really want means setting plans in motion as soon as you commit to them. There’s no three-year deliberation, the intricate plan with 500 dependencies, the clauses that requires a three-hour block of time to work on a project, or waiting until your toddler is off to college.

While acting fast is absolutely vital, you can’t expect to hit your destination right away, or that you won’t hit some bumps along the way. When you’re taking on big projects, you’ll face all kinds of obstacles: You’ll probably have less energy, especially if you’re sleeping less; you might struggle to break old habits; and you’ll probably struggle to form new, healthy habits.