Travel dilemmas: What you must know for 2018 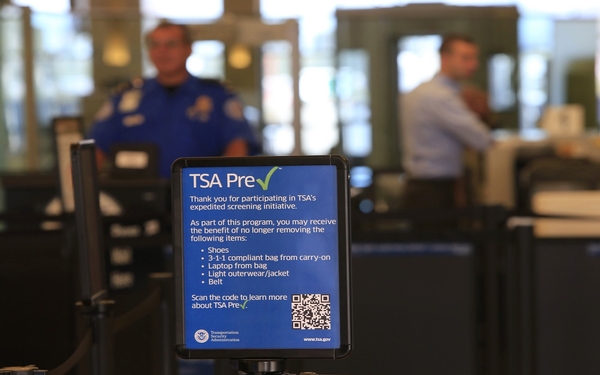 Whoever said “The more things change, the more they stay the same” was not a traveler, based on what you’ll see in 2018. Here are 18 things on the horizon.

Beginning Jan. 22, Californians can apply for a driver’s license that will be compliant when airplane-boarding ID rules change Oct. 1, 2020.

If you want the new license — and DMV emphasizes you don’t need it to drive legally — you will need certain forms of identification that you can find at lat.ms/CADMVdox that prove your identity, your Social Security number and your residence.

2. But do I really need this new license?

“There is no need to rush into a DMV field office,” the Department of Motor Vehicles says on its Real ID webpage. “A valid California driver license or ID card can be used to board a commercial flight or enter secure federal facilities until Oct. 1, 2020.”

Your license is not your only airplane-boarding ID option, now or after the Oct. 1, 2020, date.

You can find a list of acceptable IDs on the Department of Homeland Security page at lat.ms/DHSapprovedID.

If you have other ID, why bother? Because a driver’s license, for most driving adults, requires no extra thought; you most likely have it with you.

You can put it off for sure. But, as Mark Twain supposedly said, “If you have to eat two frogs, eat the bigger one first.” Everything else this year will taste like creme brulee.

The State Department is introducing shades of gray into its system that tells you about trouble spots.

The standard jargon at State’s website (travel.state.gov) used to be a “warning” — something serious that would suggest extra caution (and sometimes more) — or an “alert,” which often was a red flag, sometimes temporary, telling travelers about, say, an election or the aftermath of a natural disaster.

None of these prohibits travel. North Korea is the only country that’s off-limits to Americans.

Groups or individuals used to be able to travel under a licensing category called “people to people.” Groups can still do this, but individuals now must travel under a category defined as “support for the Cuban people,” which means yours can’t be a fun-in-the-sun vacation.

You must have a full itinerary of daily contact. You also should keep detailed records of what you did in Cuba for five years after your trip.

5. Want a nicer car? Rent yours

Let’s say you’d like a more expensive car than your income would suggest. Why not tap into the demand for rental cars?

Car-sharing rental agency Turo, which has a location in more than 5,299 cities in the U.S., Britain and Canada, will let you list your car for rent.

In the L.A. market, spokesman Steve Webb said, the spiffier the car the more it rents, and many people find that the additional income underwrites fancier wheels.

6. No vacation? Don’t blame us if your pants don’t fit

You know why you feel better on vacation?

You probably sleep better and/or more than when you’re in the work world.

Although you can’t reclaim lost sleep, the production of cortisol, a stress hormone that rears its ugly head when you don’t get enough sleep, may drop.

If you do take a vacation, make sure it’s long enough to benefit you.

Resolution for 2018: Take a vacation or be prepared to buy a larger-size wardrobe.

7. You get sick on vacation? Blame yourself

It’s not vacation. It’s us and our behaviors.

We are indulging or overindulging in food or drink or both. We’re staying up too late or getting poor-quality sleep. (Alcohol, Bartell noted, can disrupt slumber.)

And we are encountering germs in places we usually aren’t: on airplanes (airline tray tables are the worst, according to a TravelMath study) and in hotel rooms. (Beware the bathroom counter and the remote, TravelMath advises.)

Disinfect those surfaces (antibacterial wipes), wash your hands if you touch them or both.

8. Step away from the buffet

Cruise ships have been in the news because of outbreaks of norovirus, incorrectly called stomach flu, but the percentage of passengers contracting the contagious gastrointestinal virus is less than 1 percent of all cruisers compared with 8 percent (and growing) of the general population, News Medical Life Sciences reports.

One key to prevention of this contact-borne illness: hygiene.

This doesn’t mean you must shower constantly. It means you must wash your hands almost constantly, especially if you’ve touched banisters, elevator buttons and the buffet, another reason to stay away from it.

Maybe “want” is not the correct word, but travelers bought nearly a billion dollars more of it in 2016 than in 2012, said Stan Sandberg, co-founder of TravelInsurance.com.

Some of this you can attribute to uncertainty — geopolitical, climatological, physiological.

But part of this is baby boomers.

That means 2.54 million more are on the Medicare rolls. If they are traveling abroad, they more than likely need health insurance. Medicare generally does not cover you outside the U.S.

10. Leave home without your calculator

You want to keep track of your money, but you shouldn’t worry too much about the cost of a road trip.

By late December the national average for a gallon of gas was $2.44. California is once again above average: $3.08 statewide ($3.12 a gallon for regular in the L.A./Long Beach area), according to AAA’s Fuel Gauge.

If you’re driving from Los Angeles to, say, San Francisco, skip two venti (about 24 ounces) toasted white chocolate mochas from Starbucks and you’ll just about come out even, money-wise.

When you do the math, you’ll find your fuel costs are about $11 more if you’re driving a vehicle that gets about 30 mpg. Assuming you don’t tip your gas station as you would your barista, you’ll come out about even.

11. Rooms will cost more too

Paris on your horizon? You’ll pay more than average for a European hotel in 2018, TravelPortHotelzon says — about $271 a night.

You’ll also pay more for a room in the U.S., according to Business Travel News, which cites CBRE Hotels’ Americas Research placing the increase at 2.3 percent.

12. Prepare to play by new rules in Peru

Some places are in danger of being loved to death. Peru’s Machu Picchu, a UNESCO site, is one.

There are new entrance rules, mostly for crowd control.

Most travelers who wanted to see the Incan complex arrived in the morning, said Angie Clavijo, general manager of the Sumaq Hotel Machu Picchu. But now there are “shifts” to regulate the flow and distribute the load, she said.

Everyone must be accompanied by an officially licensed guide. You may not bring your selfie stick or your tripod, wear high heels, push a stroller, use your drone or tote a backpack larger than about 16 by 14 by 8 inches.

There may not be fewer people, but there will be better crowd control.

For info on guides, rules and hours, go to www.machupicchu.gob.pe, click on the British flag for English and go to the FAQs.

13. Sharing your info can save you money

You may not want to turn over your personal information to another loyalty program, but some aspects of hotel loyalty memberships can cut costs.

Hotels increasingly are offering such perks as free Wi-Fi to those who sign up for their loyalty programs, which are usually free, said Rafat Ali, chief executive and founder of Skift, a travel media company.

Another perk: escaping the harshest penalties for canceling a room reservation at some Hyatt hotels, TravelMole News reports.

Beginning Jan. 1, some Hyatt properties started charging a penalty for canceling a room less than 48 hours ahead of schedule.

If you’re a loyalty member, you can cancel up to 24 hours before without penalty.

Privilege has a price.

14. So does not paying attention to the total price

Hotel resort fees continue to add to the cost of your stay, so do the math before you click, said John Hach, senior industry analyst for TravelClick. Maybe you can live with those fees if you’re getting free Wi-Fi, late checkout or free breakfast. Just be aware.

The legacy airlines — those that have been around awhile — are competing with budget airlines by offering their version of low-cost fares called basic economy.

You will save money, but you also won’t be able to make changes to your ticket or perhaps use the overhead bin. Just make sure you know the rules.

15. Sometimes you want to pay more for your ticket

Fliers may want to avoid LAX because it continues to be mired in its $14 billion improvements.

Hello, Ontario airport, now under the control of the city of Ontario, Calif., after its marriage to Los Angeles World Airports soured.

Our recent analysis of fares showed many at Ontario have dropped and are sometimes the same as those from LAX.

More airlines — Frontier made its debut in mid-October and China Airlines is expected to begin offering service to Taiwan near the end of March — mean more revenue for the airport.

More revenue means better services. It’s not LAX, which will probably have served 70 million passengers by the time all is totaled for 2017. For this we can be thankful.

16. Sometimes a bargain is half the fun

South Korea, which is hosting the Winter Olympics in Pyeongchang from Feb. 9-25, will probably suffer Games syndrome. That means people stay away because they’re worried about Olympic-size crowds and, for these Games, political tensions with North Korea. Look for bargains through March, Spagnola said.

Also look to Asia in general for airfare bargains, which often have a short booking window.

Basic economy is coming to international fares too. TAP Portugal has deeply discounted fares with fewer frills. Delta also is offering basic economy to North Africa and Europe. (I found a $636 fare to London for a hypothetical late May trip, about $90 less than main cabin service.) United and American also are said to be joining the international fray.

18. And finally, the fear factor

Sometimes even the pros get scared. Janet Moore of Distant Horizons in Long Beach, Calif., which specializes in unusual destinations, feels safe in Iran, for instance, even, she said, with recent protests, but last year canceled a trip to eastern Turkey.

Horrifying incidents can happen anywhere — at a country music festival in October in Las Vegas, at the end of an Ariana Grande concert in May in Manchester, England.

It is too easy to sound like a scolding schoolmarm when we wag our finger and say fear should not rob us of opportunities. That’s correct: It should not. But sometimes it does.

It’s your vacation. You get to use it as you wish. As long as you’re discovering life beyond your world, whether that’s 50 or 5,000 miles away, it is time well-spent.