Mary Gauthier and The Bad Plus 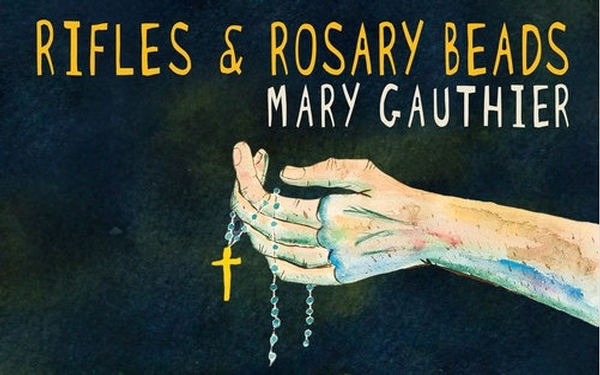 For nearly five years, Mary Gauthier has been working with a Texas nonprofit called SongwritingWith:Soldiers, doing exactly what the name indicates. The result is the first great album of 2018.

As an Americana singer-songwriter, Gauthier has always had a terse, understated style that cuts to the bone, as exemplified by her best-known and most-covered song, “I Drink.” Here the recovering substance abuser puts those qualities to work, and summons her considerable empathy, as she crafts the stories of real veterans into 11 devastatingly frank and gut-wrenching songs.

“What saves you in the battle can kill you at home,” Gauthier observes in the slow-building opener, “Soldiering On.” That theme of combat’s lasting psychic wounds resurfaces throughout the set, and “The War After the War,” from a spouse’s perspective, shows that the soldier is not always the only casualty of war.

“Still on the Ride” and “Morphine 1-2” deal with survivor’s guilt, while “Brothers” highlights the struggles of women to be accepted as equals even as they fight alongside men: “What must I do to prove I’m a brother, too?” The finale, “Stronger Together,” provides a touch of uplift even as the song, like all the others here, confronts cold reality: “They say no man’s left behind, but that ain’t true.” — Nick Cristiano

Rather than replace Iverson, Evans — a Plus-pal with a solo career’s equal footing in the avant-garde and romantic melodicism — makes his own Bad mark, quickly, with his own brand of 88-key noise and nuance. Though he fits within the role of strident piano player on compositions such as Anderson’s throbbing “Salvages” and King’s haunting “Lean in the Archway,” Evans is truly a Bad comrade-in-arms when it comes to their compositional stakes. The sidesplitting “Boffadem” and the poignant “Commitment” with their passionate rests and busy, buoyant codas sound as much a part of Evans’ catalog as it does (or will) that of The Bad Plus going forward.

With that, “Never Stop II” is such a nice welcome to an old friend. — A.D. Amorosi