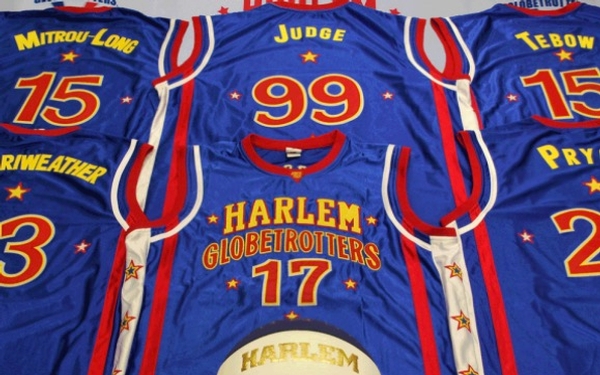 The Harlem Globetrotters will take their show to a new level this year by celebrating the special blend of basketball and entertainment which has made the team iconic. The team’s upcoming performance will showcase the high-flying, fun, and memory-making moments that the Globetrotters are known for. The dribbling, the dunking, and the shooting – don’t forget, they led all of basketball in 4-point shots made in 2017 – will all be on full display during the 2018 tour.

The Globetrotters feature the world’s largest collection of elite dunkers, including six players who have competed in the annual College Slam Dunk contest held during Final Four weekend, a Guinness World Record holder for slam dunks, and the 2016 winner of the popular TV show “The Dunk King.”

The high-flying dunks do not end with the players, as 2018 will also mark the debut of the “Flying Globies” – an amazing acrobatic trampoline dunk team, which will defy gravity during the game action with their exciting in-air stunts.

Additionally, the 2018 tour marks the return of the Globetrotters’ longtime nemesis, the Washington Generals. After a long-standing series which saw the Generals lose over 14,000 times, the team is back from a two-year hiatus to rebuild and refocus around one goal – to beat the Globetrotters. After making its retooled debut this summer in the $2 million, winner-take-all “The Basketball Tournament,” the new-and-improved Generals are out to finally take down the Globetrotters – once and for all.

Prior to every game, the Globetrotters will bring fans closer than anywhere else in sports, with an unmatched pregame fan interaction with its Magic Pass. This ticketed event allows fans an exclusive opportunity to interact with the team’s stars on the court, shoot hoops, learn tricks, and pose for pictures. After the game, Globetrotter stars will be on hand for additional autograph and photo opportunities.

Tickets at box office or harlemglobetrotters.com/SoCal  (Use Promo Code CALI for $7 off purchase)