A Fantastic Woman: a hero worth rooting for, but a film that falls short 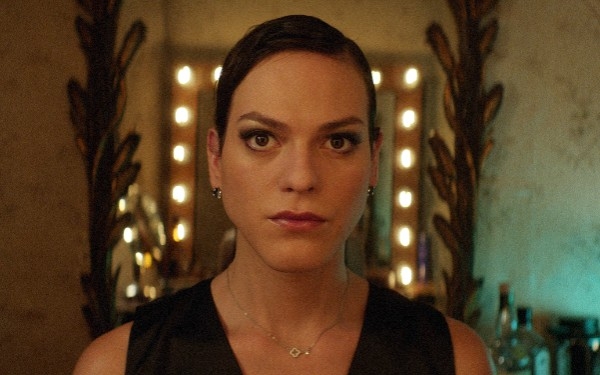 The image that so many journalists, bloggers, and critics have chosen to encapsulate A Fantastic Woman holds a lot of wonder. I myself have picked the same one to headline this review. It’s a striking picture of an androgynous face that is both strong and uncertain as it stares through the camera. It is leading, misleading, titillating, and unnerving. This is the image I hoped A Fantastic Woman would mirror as a whole project, and yet, the image ends up telling us more than we are left with when the credits roll.

The titular woman that Chilean writer/director Sebastián Lelio (Gloria) presents us with is Marina Vidal, played by Daniela Vega. At first, she seems somewhat peripheral to a particular man who occupies the first minutes of the film. Orlando (Francisco Reyes) seems established, anchored in his world. Greying hair, an office, and a beautiful apartment all appear to construct a peaceful life. So, when he goes to a nightclub and stops at the foot of the beautiful singer on stage, we see the camera begin to shift.

Orlando and Marina are in love. It’s simple and true. He buys her an unforgettable trip to the Iguazu Falls for her birthday, though he forgot where put the tickets. It doesn’t matter, because they get to spend the night dancing in each others arms. That is, until Orlando wakes in the middle of the night, confused and out of breath.

Just like that, just after we got a taste of their partnership, Orlando dies. Marina has lost him. What next?

It’s funny, because I feel almost alien to myself knowing that I didn’t overly enjoy A Fantastic Woman, though I love it as a concept. From the moment Orlando dies, leaving Marina behind to deal with not only her grief but Orlando’s family’s disdain for her existence as well, Marina is my hero. She is the hero. And yet, as far as the movie goes, I just wanted to grab it by its shoulders and shake it out. Make it breathe a little.

But that’s a hard want for a movie that is about the isolation of a person, isolated from her own lover who died so unexpectedly and who is ultimately forbidden from mourning in any public sense due to her status as a transgender woman. Stiffness comes with the territory, surely.

Ultimately, it is the dialogue, written by Lelio and Gonzalo Maza, and the methods through which Marina explores her loneliness that remain deflated and far too on the nose. Glimpses of Orlando in the reflection of her sunglasses or across a hazy dance floor, or stumbling upon a mirror pane being moved by some construction workers on the street, forcing Marina to confront the physical image of herself, seemed ultimately obvious.

Don’t get me wrong, Lelio brought some hard-hitting, poignant moments. Watching Marina embrace her male body to walk through the male-side of the sauna to unearth a truth about Orlando was heartbreaking and frightening all at once. Watching Marina dance her heart out in glittery frills was the catharsis she and we needed. The music moving us along is eerie, long, breathy in the way I wish the dialogue was.

Too much of the movie, however, is spent following Marina walking down streets, looking either determined or distraught or frightened, and all seem to lead to some unsatisfactory conclusion. The nature of Marina is passive, and so many of the moments that are inconclusive make sense, until we see that nothing really changes by the end. A Fantastic Woman doesn’t quite shows off how fantastic she is, in a tragic sense or otherwise. She’s a beautiful singer who had a beautiful relationship and lost it, and no one but them will ever know it. That is so entirely painful. Unfortunately, much of that pain gets lost in the robotics of the image-making process. With the film up for Best Foreign Film at the Oscars this year, however, maybe I'm just wrong. And I'm okay with that, because I want to like A Fantastic Woman that much.

A FANTASTIC WOMAN opens in LA on February 2nd