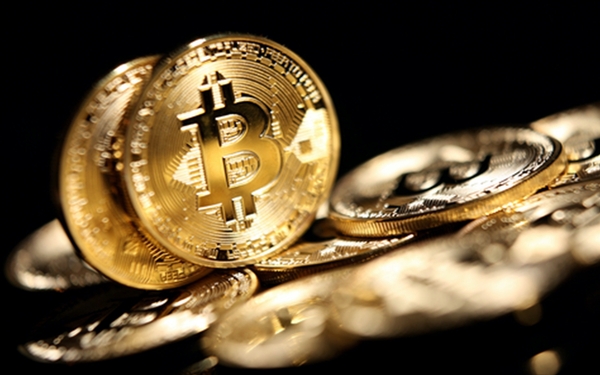 Nearly 10 years after bitcoin was invented, a cryptocurrency craze is sweeping the planet with the ferocity of a Trump tweet, inspiring songs, creating millionaires, unnerving banks and giving writers and filmmakers potent narratives of Gold Rush fever and dark web intrigue.

Bitcoin and other cryptocurrencies have stitched new jargon into our vocabularies and offered an egalitarian rethinking of the financial order. They have spurred an infectious fervor to buy in big, which, as any screenwriter knows, presents endless scenarios for ruin and redemption. Recent surges and tumbles in value along with our deepening fascination with the virtual world have given cryptocurrencies a cultural moment at a time when headlines are taunting, “Everyone Is Getting Hilariously Rich and You’re Not.”

“Bitcoin is the amorphous thing that everybody knows a little bit about but nobody is really sure what it is,” said director Christian Cashmir, who in April will begin shooting “Bitcoin,” a road-trip movie about two brothers set in Tucson. “Cryptocurrency is changing people’s lives. A year ago, a coin was worth $750,” and now it’s worth more than $8,000. “It’s just crazy. It’s a great plot device,” Cashmir added.

A hard-to-trace digital currency with no central authority, bitcoin, whose value has fluctuated wildly in recent months, allows people to trade across the internet free of banks and institutions. The speculative currency has been around since 2009; its sinister elements were exposed four years later when Ross Ulbricht was arrested and later sentenced to life in prison for selling drugs bought by bitcoin on his black market website, the Silk Road. Ulbricht’s libertarian fascinations and criminal leanings, including peddling poisons and weapons, are chronicled in the book “American Kingpin” by Nick Bilton.

The case echoed with the menacing and the surreal, a 21st century parable of a digital bazaar run from the glow of a laptop. Fox is basing its thriller “Dark Web” on Ulbricht, a bookseller and psychedelic mushroom farmer who took on the cyber alias Dread Pirate Roberts, the name of a character in the novel “The Princess Bride.” The film, in development, draws on Bilton’s work and reporting from Wired magazine. Those who have worked on the script include the Coen brothers and Steve Zaillian.

Susceptible to hackers and Ponzi schemes, cryptocurrencies have been the focus of documentaries and alarmist essays about how drug dealers and cyber-terrorists are exploiting our hyper-connected world. The currencies are a new ghost in the machine, enticing strands of codes and squiggles that move like quicksilver and hold strange power over our imaginations. They have been referenced and sketched into plot lines in TV, film and in music videos, including “The Simpsons,” “House of Cards” and “Almost Human.” A shadowy Mr. Bitcoin raised suspicions in “The Good Wife,” and Billy Joel’s 1983 “Uptown Girl” hit was updated by satirists in 2014 as “Bitcoin Girl.”

“I think that now as bitcoin becomes more popular, it will become a topic in films and thrillers. I can easily imagine the retelling of ‘The Firm’ all through bitcoins,” said Ham Tran, whose 2016 Vietnamese movie “Bitcoin Heist,” streaming on Netflix, delves into the deadly underworld of global finance. “One of the ideas we’re kicking around for a sequel is the cryptocurrency war and who’s going to win it, who has the most incentive to ruin the whole [financial] system and bring it back to the purity of the idea of bitcoins, which is decentralized power.”

This decentralization may change how many films are made, financed and distributed in an era of streaming and studio consolidation. Producer Scott Glassgold is teaming with XYZ Films and SingularDTV, a blockchain entertainment company, and others on “New Frontiers,” a sci-fi adventure anthology that will be funded by cryptocurrency. The project, whose directors include Ruairi Robinson and Stephan Zlotescu, is scheduled to go into production in May. It will be distributed through blockchain, a technology that enables peer-to-peer networking.

“It allows us to put creativity above all else,” said Glassgold, whose credits include “The Beyond,” a sci-fi thriller, and “Hurricane Season,” a basketball story starring Forest Whitaker. “We can go straight to the audience, and that’s the spirit of cryptocurrency. It’s a fast-changing landscape from a producer’s point of view. The traditional marketplace [studios and distribution companies] is not what it was five years ago. It’s not even what it was one month ago.”

Such dramatic shifts are rewriting Hollywood narratives and realigning careers. Ben Kurland, who appeared in HBO’s “The Newsroom” and the Academy Award-winning “The Artist,” recently put his 26-year acting career on hold to become chief blockchain strategist for the internet company Presence. The move, said Kurland, who had become disenchanted with the cruelties of the acting profession, was inspired by the recent cyrptocurrency sensation.

“I thought, ‘What was it I wanted to do with acting in the first place?’” he said. “I wanted to make a difference. But I see what’s happening with cryptocurrency and blockchains as the same thing. It’s a movement about how can we make a better system.”

Two prominent Bitcoin investors — Cameron and Tyler Winklevoss — have already had a brush with Hollywood. The twins’ battle with Mark Zuckerberg over ownership of Facebook was portrayed in Aaron Sorkin’s “The Social Network.” The Harvard-educated Olympic rower brothers reached a $65-million settlement with Zuckerberg, investing part of the money in bitcoin in 2013. News reports said a surge in the cryptocurrency to $18,500 in December — it is now trading around $8,000 — made their bitcoin holdings worth more than $1 billion.

“I don’t think anybody expected bitcoin to blow up the way it did, because nobody really knew what it was,” said Lauren Cribb, producer of “Bitcoin,” which follows two down-and-out brothers on the road as they try to sell a $20-million bitcoin wallet they stumbled upon. “I am still learning about [the currency] and still trying to figure it out. Everybody’s checking what bitcoin is doing. It’s all over the news.”

The challenge of “Bitcoin,” written by Brent Craft, and other cryptocurrency films is parsing a complicated, opaque economic system so that viewers are at once educated and entertained. Other directors have faced similar hurdles with elegance and flair: Oliver Stone’s “Wall Street” (1987) broke down the intricacies and cruelties of corporate raiders and the stock market, and Adam McKay had Margot Robbie sipping Champagne in a bubble bath to elucidate the housing mortgage crisis in “The Big Short” (2015).

“We’ve got to be able to explain it to them so they won’t be lost,” said Cashmir.

Tran’s “Bitcoin Heist,” partly inspired by Ulbricht’s Silk Road empire, opens with an old prisoner talking to a younger one: “Kid, tell me again what a bitcoin is.” The kid answers: “You can transfer it anywhere in the world without going through a bank.” The old inmate, who didn’t appear to have a Twitter account or Facebook page, was curious if a bit perplexed at this new wrinkle in his world.

“We sprinkled the explanation of bitcoin and how it’s used,” said Tran, whose consultant was a boyhood friend-turned-computer wizard who knew how to outflank hackers, including a program that holds computer files hostage until a ransom is paid in bitcoins. “In the edit, we added more voice-over from the cop to further ex-plain bitcoin.”

The essence of cryptocurrency and blockchain technology is, to its proponents, a strategy to siphon power from institutions, corporations and the government. It mirrors the early ethos of the web to make information open and free-flowing, so the internet would be propelled more by equality and personal choice than by the commercial designs of Facebook and Google, to say nothing of Russian trolls and credit-card scammers. The inherent conflicts in the rises and dips of cryptocurrencies — Warren Buffett predicts they are a bubble waiting to burst, and regulators are increasing pressure on them — make for good crime dramas and morality tales.

Television shows often “portray bitcoin in a negative light. It is almost like if bitcoin was the 21st century villain,” according to Bitcoin Chaser, a website dedicated to all iterations of the currency. It adds that as bitcoin and high-tech development become more popular, TV shows like “Silicon Valley” will gain prominence and bitcoin cultural references will be more positive.

Cryptocurrency has been “relegated to darker, sinister intentions, because the institutions are too scared by it,” said Tran. “They don’t know how to monetize it. It would kill them.”