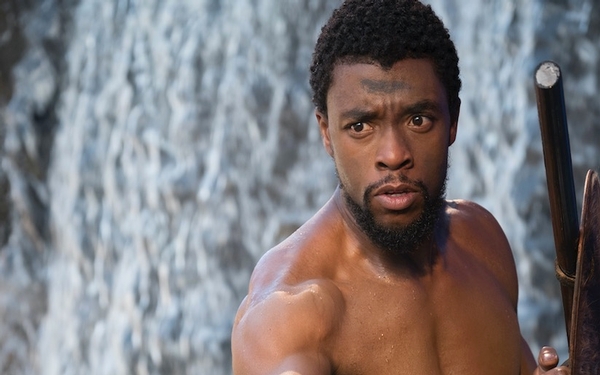 Believe the hype: “Black Panther” is easily Marvel’s best film to date. This exhilarating, beautiful and genuinely moving superhero film is firmly rooted in the point of view of director and co-writer Ryan Coogler, a tremendous example of the radical possibilities to be found in Afrofuturism. Coogler builds a thrilling, exciting world, and threads throughout it a story filled with pathos and real-world gravitas.

Although our hero, T’Challa (Chadwick Boseman), hails from the African country of Wakanda — a technological wonder powered by the natural resource vibranium — “Black Panther” is Coogler through and through, with a storyline that originates on the streets of Oakland, Calif. The conflict of the film lies in the gulf between the experiences of the Wakandans, who have been shielded from the world’s inequalities, and those who have been colonized, enslaved and oppressed. T’Challa, who becomes king of Wakanda at the beginning of the film, has to decide how he’s going to position Wakanda to aid in the liberation of black people throughout the world while also protecting his country.

He may be the king, but Boseman very classily allows himself to be upstaged nearly every minute of “Black Panther” by the women of Wakanda. He’s flanked by the luminous Lupita Nyong’o as Nakia, a Wakandan spy and his love interest, as well as the warrior Okoye, the stunning, righteous and ferocious Danai Gurira, who just about walks away with the whole movie. His mother, Ramonda, is played by the inimitable Angela Bassett, and two newcomers also shine: Letitia Wright as T’Challa’s spunky sister, Shuri, and Winston Duke as M’Baku, a rival tribe leader who challenges him for the throne.

Electronic hip-hop beats from Kendrick Lamar course throughout the bold, colorful world, which melds traditional African aesthetics with modern flair. Coogler brings his audacious, slick style to “Black Panther,” with long tracking shots and clean, crisp action shot by Oscar-nominated cinematographer Rachel Morrison. “Black Panther” is an epic, immersive, world-building experience, but it stays grounded in its action, and pitches the stakes and scope at the individual level. The visual thrills are suspenseful because we care about the characters involved.

This is a superhero film with a point of view that is fiery, radical and revolutionary — which comes from Michael B. Jordan’s Erik Killmonger, a villain and the most fascinating character. With his punky dreads and gold lower canines, Erik oozes cool. But what makes him so riveting is not his style, swag or sex appeal, but his deep well of anger. Jordan is a live-wire onscreen, his rage constantly at a low roiling boil. He simmers like he’s spring-loaded, ready to explode at any moment.

Erik’s rage is justified. You feel it in your bones, because Jordan makes it that real. He’s a kid who grew up on tough American streets, without a father, not in Wakanda enjoying a futuristic, royal lifestyle. He wants to harness that power for black liberation, and although the methods he employs are extreme, you root for his success. Erik is filled with all the rage, grief, fear, resentment and fire that comes from being a minority crushed by a colonizer — an Afrofuturist Nat Turner. T’Challa could never know that pain. His regal pride is what we love about him, but we yearn for Erik’s victory because he wears his chip on his shoulder as a badge of honor, using his pain for strength.

Although it’s only February, “Black Panther” is bound to be one of the best films of 2018, period, no need for the qualifiers “superhero” or “Marvel.” It’s an awesome vision from one of our most exciting young directors, coursing with his DNA — his values, beliefs and perspective branded indelibly upon it.

Rated PG-13 for prolonged sequences of action violence, and a brief rude gesture.