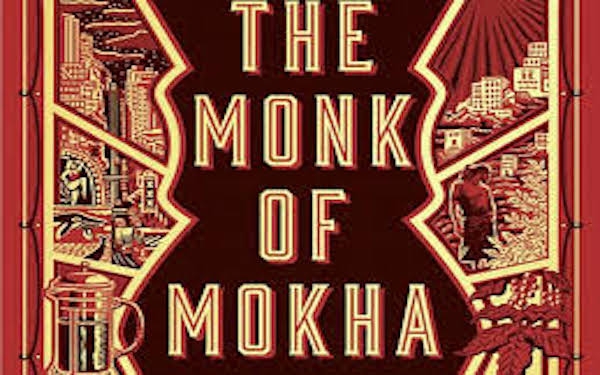 Dodie Smith’s “I Capture the Castle,” is one of those eternal classics every generation rediscovers and makes their own. Wednesday Books’ gorgeous edition makes for a terrific present for the one you love.

In “Being Fishkill,” Ruth Lehrer pulls no punches. This heartbreaking tale of two families with more than their full share of tragedy will tear you apart and put you back together again.

Tom Perrotta shows off his keen satirical eye yet again in “Mrs. Fletcher.” Read it and weep. With laughter.

Jojo Moyes trilogy of Louisa Clark, that began with “Me Before You,” follows with “After You” and ends with “Still Me.” When you finish you will be jonesing for “After, After You,” I promise.

“Tampa,” by Alissa Nutting, picks up right where “Lolita” left off, only in reverse. Not shying away from detail, this teacher/student tale of debauchery is not for the faint of heart.

German writer Jenny Erpenbeck explores refugee politics in Berlin with her new novel, “Go, Went, Gone.” As it turns out, we’re not the only country struggling with immigration.

Sometimes, tales ripped from the headlines can’t help but feel exploitive. Leila Slimani’s “The Perfect Nanny” dispatches that fear with ease and elevates potentially sordid material into something sublime.

Surprisingly literary given the cover and title, “Straying,” by Molly McCloskey, reveals the very vulnerable interior of a woman cheating on her husband. Far from being brazen and breathless, the story is pink as a new bruise.

After finishing Molly McCloskey’s “Straying,” I was desperate for more. Luckily, I discovered “Circles Around the Sun,” her memoir of family and her mentally unstable brother. This girl can write.

Disaster memoirs have become a genre within a genre and Katie McKenna takes full advantage with “How to Get Run Over By a Truck.” While the story cannot be said to be funny, the telling is.

World renowned psychiatrist, Irvin D. Yalom, turns his insightful lens on himself in “Becoming Myself.” Wise and warm, this memoir recounts a life well lived.

Khizr Khan’s “This is Our Constitution” explores the meaning of patriotism. The father of an Army Captain, killed in the Iraq War, Khan found himself drawn into the national debate after criticizing Trump at the Democratic National Convention.

A book that feels important, and of its time, Roxane Gay’s “Hunger” will fuel cocktail conversations for the year. Smart, tough and vulnerable, the author’s struggles with appetite, and the hidden depths beneath her appetite, may very well strike you dumb.

Why do food and personal essay writing go so well together? Beats me. Jackie Kai Ellis contributes beautifully to the genre with “The Measure of My Powers.”

Graphic memoirs may be one of my favorite genre of book. Throw in travel and I am salivating. Craig Thompson’s “Carnet de Voyage” follows the author through Spain, France and Morocco.

Lea Redmond’s “Letters to Open When” is the perfect gift for just about anyone. More of a journal than a book, the ready-to-go stationary offers prompts, like “open when you feel lonely,” making for a gift that keeps on giving.

One of the most stunning books ever made, Chris Ware’s “Monograph” will stop you in your tracks. This ode to print culture uses everything under the sun to implore people to appreciate books as objects.

A.J. Finn’s “The Woman in the Window” picks up where other girl-forward memoirs, like “Girl on the Train,” and “Gone, Girl” left off. This time, the female in question is obsessed with Hitchcock, especially “Rear Window.”

Along the lines of the delicious Liane Moriarty, Lisa Jewell explores family and mystery at the same time. “I Found You” covers familiar ground, but in a lively and insightful way.

Unreliable female narrators have found increasing traction since “Gone Girl.” Alice Feeney’s “Sometimes I Lie” will find you racing to the finish line, homework be damned.

With the success of TV’s “Hap and Leonard,” Joe R. Lansdale’s source novels of Texas BBQ-flavored buddy noir are finally getting some of the popularity they deserve. Dive into the prose adventures of these wisecracking ne’er-do-wells with a double-helping: “Rusty Puppy,” now in paperback, finds Hap and Leonard investigating a racially motivated murder involving corrupt cops, while “Jackrabbit Smile” (out March 27) delves into the bizzaro world of a revivalist cult.

Comics get the royal treatment in Hillary Chute’s “Why Comics?” Exploring everything from the Sunday funnies to graphic novels, this comprehensive look in one of our best national past times is both informative and fun.

Some writers do better in fiction, others non-fiction, and a few seem to excel at everything. Zadie Smith, no surprise is one of those few. Read “Feel Free,” her collection of essays and consider yourself schooled.

Francisco Cantu examines his time with the U.S. Border Patrol in “The Line Becomes a River.” This insightful take on a very contentious topic will make you question all of your immigration assumptions.

Two of my favorite non-fiction narrative books, “Zeitoun,” and “What is the What” are written by Dave Eggers, more famous for writing fiction. Imagine my delight at the prospect of a new non fiction work, “The Monk of Mokha.” The story follows a Yemeni American man who pursues his love of coffee back to his homeland, but by a twist of fate, gets mired in war.

Certain moments in time seem to represent an entire period in history. Oliver Hilmes’ fascinating “Berlin 1936” does just that, be documenting Germany through the sixteen days of the Olympics, weeks where the fate of the Western world seemed to hang in the balance.

Lauren Markham tackles the vanishing American Dream in “The Faraway Brothers.” This chronicle of two Salvadoran teens trying to find their way to a better life in America couldn’t be more timely.

Nick Harkaway, the 21st-century answer to Thomas Pynchon, delivers another postmodern epic in “Gnomon.” Set in a near-future surveillance state, “Gnomon” is a darkly comic philosophical mystery that centers on a suspected dissident’s death while in government custody and spirals outward with kaleidoscopic bravura.

The latest entry in Charles Stross’s Merchant Princes Multiverse, “Dark State” brings the author’s trademark wit and gift for mashing up the most fun elements of sci-fi and espionage thrillers to bear. A mother and her long-lost daughter square off across timelines in a confrontation between two superpowers for one mindbending, suspenseful ride.