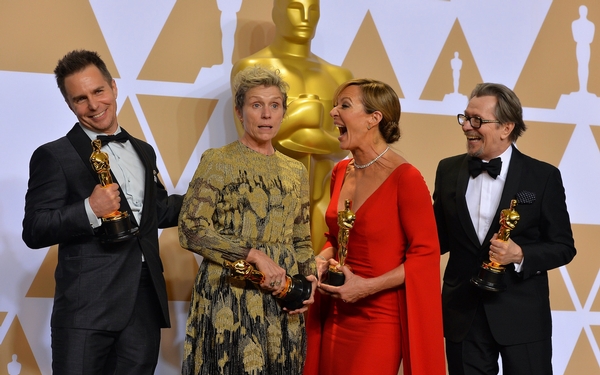 Hollywood’s biggest night that celebrates the best in movies over the last year is becoming a smaller attraction for TV viewers.

The audience Sunday for ABC’s annual telecast of the Oscars declined for a fourth consecutive year, according to Nielsen data, dropping to an all-time low of 26.5 million viewers. The dip of nearly 20 percent from last year put it under the previous low of 32 million in 2008.

The steep decline for the 90th Academy Awards can partly be attributed to the challenge that all major television events face: the emergence of streaming online video. With so many programming options, even a major awards telecast that is perennially the most-watched entertainment program of the year is no longer an automatic default choice for viewers. Younger viewers are also showing a tendency to watch highlights of major TV events on social media platforms rather than watch a program in real time on television.

The Oscars, hosted for the second consecutive year by ABC late-night host Jimmy Kimmel, is not the only perennial program being hit by the changes in viewing habits. The Grammy Awards on CBS were down 24 percent this year to 19.8 million viewers — its lowest audience level in nine years, while NBC’s telecast of Super Bowl LII was off 7 percent to 103.4 million viewers, the lowest total since 2009.

Even with those drops, the events deliver massive numbers of viewers that used to regularly be delivered by the biggest hits in prime time before proliferating choices started slicing and dicing the audience.

The declines in the Oscars are probably exacerbated by the voting members of the Academy of Motion Picture Arts and Sciences who have tended to celebrate smaller movies and resisted nominating blockbusters. The 2018 winner for best picture, “The Shape of Water,” has earned a modest $57.4 million at the box office in the United States and Canada — a figure that is actually higher than the previous four winners.

Ratings for the Oscars have been better when the movies were bigger. The most-watched telecast was in 1998, when ABC had an audience of 55.2 million viewers the night all-time box-office champ “Titanic” won for best picture.

“I think that next year if ‘Black Panther’ is nominated for best picture the ratings will go up,” said media consultant and former network executive Preston Beckman, referring to the critically lauded superhero mega hit currently in theaters.

Beckman added that the academy’s move to expand the number of nominees from five to as many as 10 has only given more attention to art house fare that much of the public is unfamiliar with.

ABC, which has the rights to the Oscars through 2028 and was able to command more than $2 million for a 30-second commercial on the telecast, declined comment on the ratings decline. But privately executives said they are hoping that more popular films can get nominated in the future.

Although the show generally stayed away from overt attacks on the Trump administration — a frequent target for Hollywood — the political nature of the Oscars ceremony may have alienated some viewers as well, industry watchers said.

This year the #MeToo and Time’s Up movements exposing and combating sexual harassment in the entertainment industry were front and center, even during the red carpet entrances before the show.

Red carpet host Ryan Seacrest, who is battling allegations that he sexually harassed and assaulted a stylist who worked for him, was unable to get cooperation from most of the big name nominees during his annual pre-Oscars program on E! — in effect dampening the viewer enthusiasm for the ceremony. Seacrest has denied the accusations against him.

Conservative commentators on cable news, often critical of Hollywood’s devotion to liberal causes, reveled in the Oscar ratings decline, saying that portions of the program sounded like a sexual harassment training seminar.

At one point during the show, lead actress winner Frances McDormand finished an otherwise emotional tribute to the other female nominees with the term “inclusion rider,” referring to a contractual clause that requires a specific level of diversity in the cast and crew of a project.

Even with the decline in ratings, however, the Oscars remain special because the telecast is watched live and viewers sit through the commercials. That gives it a big edge in the advertising marketplace, as scripted programming is increasingly watched on a DVR, on demand or an online stream. Although ABC will probably be hard pressed in future years to get the 10 percent price increase it reportedly was able to command this year, advertisers are likely to still pay a premium to run spots on the telecast as the number of places to reach large live-TV audiences continue to diminish.

“If I’m buying an ad on the Oscars there is a very good chance the viewer is going to see the ad,” Beckman said. “That increases the value of it.”