The compact disc era may finally be entering its hospice stage 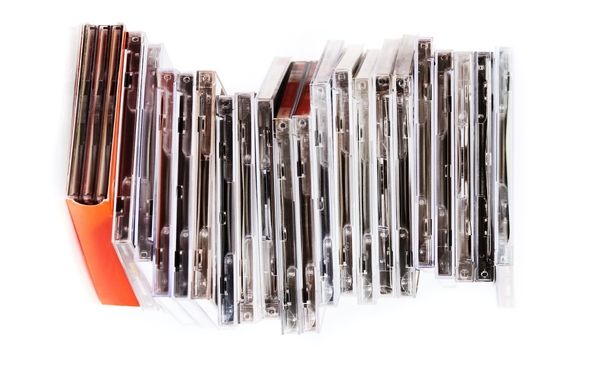 How much longer will CDs last in the music industry? (Dreamstime)

Thirty-five years after the format was introduced as one of the greatest audio advancements since the birth of recorded music — and unwittingly unleashed digitized music into the wild — the once indestructible compact disc received another existential wound in early 2018 after a report that two big box retailers were reassessing their approaches to physical CD sales.

Electronics outlet Best Buy will stop carrying most CDs in their stores, and Target is attempting to negotiate with distributors to switch to a consignment model, according to sources in the music business who declined to speak on the record for fear of jeopardizing business relationships. The news was first reported by Billboard.

The shift further confirms the format’s precipitous fall: Since peak plastic in 2001, CD sales have dropped 88 percent, from 712 million units to 85.4 million in 2017, according to Nielsen Music.

With casual music fans done with discs in favor of streaming services like Spotify, Pandora and Apple Music, Best Buy is ceding the market to online retailers including Amazon and independent stalwarts such as Amoeba Music.

Which prompts the question: As with 78 rpm records and 8-track tapes before them, does the news further the compact disc’s march toward redundancy? Are CDs now on their way to becoming a niche product in the same manner as the cassette?

Best Buy will pare its CD selection over the next four to six months and at some point stop selling CDs through its online store, according to a label distribution salesperson who services music chains.

After it eliminates its racks, the store will likely sell discounted discs in much the same way as it does DVDs. (Best Buy did not respond to requests for comment.)

Independent retailers, meanwhile, have found there remains a consistent appetite for CDs. Sales of new CDs have long been trending down, but the used market is on the rise. In 2017, for instance, CD sales at secondary marketplace Discogs jumped 28 percent over 2016.That’s an increase that’s outpacing vinyl, which rose 19 percent.

With streaming services the way of the present, the news isn’t a shock to the system for the music industry. In 2017, chain stores such as Best Buy accounted for a mere 11 percent of CD sales, according to Nielsen Music.

By comparison, in 2004 that same retail sector, which then also included Borders, Circuit City and other now-shuttered sellers, accounted for 48.5 percent of CD sales. Their dominance was often cited as a primary reason independent outlets and midlevel retailers such as Tower Records suffered.

“I think Best Buy is unfortunately coming to the realization of why those retailers aren’t in business anymore,” says David Bakula, analyst for Nielsen Music. “They’re trying to be smarter about moving into the future, and that future is access to entertainment, not necessarily permanent storage of entertainment.”

For its part, Target already signaled its ambivalence to the format in the fall, when it reduced CD rack space to a mere 4 feet wide, a far cry from the glory days when music occupied multiple aisles.

But there still could be fallout. For him, the news furthers a misperception that record stores and physical formats are an endangered species.

“I don’t know if you can look at this one signifier as symbolic of how everybody’s going to react to the viability of the format,” Henderson said. “The world is so much more complex than it was. With people’s buying habits, individuality really rings true more than in previous generations.”

Teens, for example, don’t need to buy LPs when they’re more easily accessed via Spotify, yet they have embraced the analog format’s tangibility.

When it was introduced, the CD was marketed as a durable, sturdy replacement for what the music business characterized as warp-prone long-playing albums and unstable cassettes.

Behind the marketing spin, the format was considered the savior of struggling record labels whose main material expense at the time, vinyl, fluctuated with the price of petroleum. The compact disc promised major labels higher, and more predictable, profit margins, one reason why the digital reproduction system had the full backing of the industry.

“The system is real, it works, and the consumer won’t have to worry that in six months something will come along to make it obsolete,” PolyGram Records then-marketing vice president Emiel Petrone raved to The Times in March 1983.

He wasn’t wrong; it took about 15 years until Napster crashed the party. Billions of discs have changed hands in the interim, even if the argument of the format’s superiority to the LP remains a hotly debated topic among audiophiles.

“It may be the end of an era for Best Buy, but that doesn’t mean that people are done with the format in general,” he says. “It just means that it’s not profitable enough for them to make it worth their square footage.”

A lot of cars still have disc players, Berresi adds, and despite Apple Music’s best efforts, he says, not everyone is in a huge rush to upgrade.

Asked about trends at Amoeba’s three California locations, Henderson conceded that CD sales continue to experience a gradual decline, while vinyl sales have maintained their striking rise over the past decade. He added that discs still account for a third of Amoeba’s business and that the slowdown has tapered in the past few years, after a period when first-generation streaming services initially cut into downloads and physical sales.

As when CDs supplanted LPs starting in the late ‘80s, perception among fans that a new future has arrived has prompted a mass exodus. It’s currently a buyer’s market for used CDs, with indie shops paying only a buck or two for secondhand stock.

There could be an upside for mom-and-pop shops, says Nielsen Music’s Bakula: “The independent stores who benefited from the LP boom, when you couldn’t get them anywhere else, maybe they also benefit from the CDs.”

The trends do raise another question: How much longer will it make financial sense for artists and labels to manufacture CDs?

While the industry’s future may be in streaming, the compact disc still has a pulse, says Bruce Resnikoff, president and CEO of UMe, Universal Music Group’s global catalog business.

“Make no mistake, streaming will continue to grow and become even more central to how fans discover and listen to music,” Resnikoff said in a statement. “At the same time, CDs and vinyl remain a significant part of our business and will be around for a very long time.”

He added that plenty of overseas markets are still rather in tune with CDs.

“Our industry is global, and CDs remain an important way for people buy music in some of the world’s biggest markets like Japan, Germany and France,” Resnikoff wrote. “As long as there are music fans who want CDs and vinyl, and there are plenty of those customers out there, we will make sure our music is available in those formats.”

Harout Hovsepyan, owner of compact disc duplication company Hollywood Disc in Glendale, hadn’t heard about Best Buy’s retreat, but he said that so few musicians ever landed their work in the chain’s racks that it won’t likely affect his clientele, who normally order a few hundred at a time to sell at gigs.

“Now I have so many customers who are doing short runs. Small quantities, but they do a lot. It’s crazy,” he said.

Gone, he explained, are the days when those same acts were placing orders for 5,000 copies. They’re now committing to runs of 200-500.

Amoeba’s Henderson said he can imagine a time when CDs experience a resurgence, but he wouldn’t go so far as to suggest the format will become as beloved as vinyl. nor does he expect a CD collector’s market to rival LPs.

Part of it is the sheer quantity of used product available. Equally important, most compact discs lack the signifiers that create demand: different pressings, unique packaging and artful covers — the markers that make LPs collectible.

Which is to say, it’s not hip to brag about your pristine, impressively deep CD collection — yet.