Lior Ashkenazi is a legend in Israel, and ‘Foxtrot’ shows why 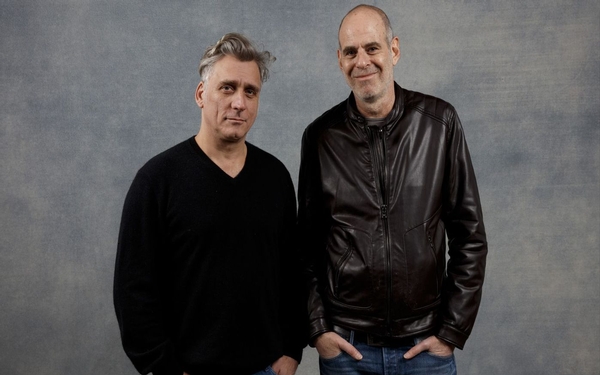 It’s not like Lior Ashkenazi is the new kid on the block. Not even close.

He’s as accomplished an actor as Israel has, winning multiple Ophirs, the country’s Oscar — and the films in which he has starred, ranging from 2001’s “Late Marriage” to 2016’s “Norman,” have just about defined contemporary Israeli cinema.

But even for a 48-year-old veteran who knows his way around, Ashkenazi’s experience with “Foxtrot” has been so intense and out of the ordinary that “unprecedented” is a mild word to describe it.

This includes collapsing in uncontrollable tears the moment the shooting was over and coming to terms with the continuing virulent hostility of Israel’s minister of culture Miri Regev, who publicly proclaimed she was delighted when the film didn’t make the leap from the Oscar shortlist to nominee.

“This one,” the actor says, “was different.”

Winner of the Silver Lion at Venice as well as eight Ophirs, including the best picture and director awards and a third lead actor prize for Ashkenazi, “Foxtrot” reopened last Friday in Los Angeles after an earlier qualifying run. It’s something that needs to be seen.

Ambitious and daring in the way it combines emotional drama with vivid surrealism, “Foxtrot” — written and directed by Samuel Maoz — both tells a specific story and offers an emotional snapshot of a country whose very soul seems to be at risk.

“Foxtrot” begins when Michael, a successful architect played by Ashkenazi, comes to the door and hears the words every Israeli parent dreads: “There’s no easy way to say this. Your son Jacob was killed in the line of duty.”

“In Israel, everyone knows someone who’s had a member of the family, a child, die in war or a terrorist attack; they surround us,” Ashkenazi says. “They function like normal people, but something in their energy is different. In Israel, we say, ‘Someone has a scratch on his soul.’ It’s still there, but it’s not perfect anymore.”

Looking relaxed and charismatic in Park City a few days after “Foxtrot” played at Sundance, Ashkenazi, spectacular as the profoundly lost and unmoored Michael, says he felt the challenge of doing something different with this familiar situation.

“It was not playing with a sad face, riffing with a lot of agony; I didn’t know how to attack it,” he admits. “Eventually I thought I would do it from a physical way.”

What this meant was “from two days before shooting, I did not go to sleep. I got a kind of vertigo; I had to lean on furniture; I didn’t know what time it was. For two hours after work, I collapsed, then I was awake again. It was more than the physical difficulty; mentally I got insane. I guess I went a little too far.”

Maoz, whose acclaimed first film, “Lebanon,” was shot entirely inside an Israeli tank, is a filmmaker known for going a little too far himself.

To prepare his cast for that claustrophobic film, Ashkenazi was told, Maoz put each actor into a large metal shipping container. “The darkness is complete, you can see nothing, and after 15 minutes he has someone use iron rods to bang on the container from the outside, first on one side, then the other. It was a bad experience for the actors.”

In “Foxtrot,” most of Ashkenazi’s scenes take place inside a Tel Aviv apartment, but Maoz’s technique was unusual there as well.

“Unlike normal directors, he doesn’t have any takes; he says ‘action’ at the very beginning and runs the camera for the 27 minutes of the memory card,” the actor reports

“One scene, I am alone in a very small bathroom, and he was talking to me like that and I finally shouted, ‘Enough.’ I was shouting at him, actor to director, but he saw something there, and he used it in the final film. This is how it works with Samuel.”

On the last day of shooting, “when they said, ‘This is a wrap,’ I actually collapsed. There was applause, speeches, and I just started to cry; I went into a corner and everything got out.

“When Samuel saw me, he said, ‘Oh, my God, Lior.’ He hugged me and we started to cry together. It was a really extreme experience; I didn’t have that before. I was, like, how shall I say, a chicken without feathers. I was so emotionally vulnerable it took me time to get back to life.”

“Foxtrot” doesn’t stay in that apartment; it unexpectedly pivots and deposits the viewer in the remotest of remote Israeli outposts, where four young soldiers guard a checkpoint.

The end result is so unusual that, Ashkenazi knows, “most people won’t go to see that kind of movie. But,” he adds with a bit of irony, “we had help from the culture minister.”

Though she has never seen the film, minister Regev had no hesitation condemning “Foxtrot” for attacking the Israeli Defense Forces by “tossing around lies under the guise of artistic creation.”

Because he strongly believes “in art you should hear everything, all kinds of points of view, as artists we need to hold a mirror up to society,” Ashkenazi initially did not respond to the minister’s attacks.

What changed his mind was an article whose headline the actor remembers as “‘I’m the Culture Minister, but I Never Read Chekov in My Life.’ I couldn’t help myself; I responded, ‘If the culture minister would read Chekov, she will know what metaphor and allegory is. Maybe she will see the movie and understand it.’”

What followed was “a three-month period of stress. The national newspapers had discussions about metaphor and Chekov. People would go to theater box offices and say, ‘I want a ticket to the movie Miri Regev hates.’ I got a lot of threats toward myself and my 5-year-old daughter. This is insane.”

The situation was so intense it even changed Ashkenazi’s personal philosophy. “I once thought art in all its forms can’t actually change the world,” he says. “After ‘Foxtrot,’ people started to talk about things the government was trying to deny. There were discussions that are coming close to changing something. It was pretty amazing.”