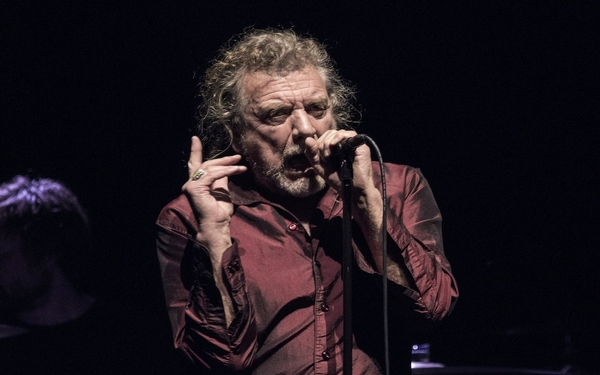 The lineup for the second Arroyo Seco Weekend in Pasadena has been announced, and the acts at the top of the bill have long been true-believers in rock ‘n’ roll: Detroit blues-rock slinger Jack White; king of elongated, distorted guitar solos Neil Young; former Led Zeppelin anchor Robert Plant; and Southern arena-pop band Kings of Leon.

They’ll be joined by a few dozen other acts including Alanis Morissette, Pharoah Sanders, Margo Price, Los Lobos, Belle and Sebastian, Kamasi Washington, the Pretenders, the Bangles and Irma Thomas.

The concerts are scheduled for June 23 and 24 on the grounds of Brookside Golf Course by the Rose Bowl. Those who attended last year can expect some changes, including a new stage setup with wider footprints, an expanded VIP section and a new top-tier $999 “Weekend Clubhouse VIP” package.

With a notably varied roster of veteran artists, the festival, which is produced by Southern California concert powerhouse Goldenvoice (Coachella, Stagecoach, FYF and others), is further defining itself as a destination for hardened rock acts. Last year’s inaugural event starred Tom Petty and the Heartbreakers, Mumford & Sons, Alabama Shakes, and Dawes, among others.

“I didn’t necessarily set out to say, ‘OK, you have to have a guitar to play the show,’ but the style of the show lends itself to the guitar,” says Paul Tollett, who books the festival as part of his role as president of Goldenvoice.

Last year’s event drew an estimated 25,000 each of its two days, and although most viewed it as a success, Tollett acknowledges a few hiccups.

“I think we had some bumpy public assembly issues. I saw it myself and it was frustrating,” he says. His experience was shared by others. Too many die-hard fans set up camp near the fronts of the stages with picnic blankets, staking valuable land that they protected during prime time, much to others’ chagrin.

Tollett has been in business long enough to expect such early stumbles. “The first year of Coachella there were some issues. Even though we didn’t have that many people, we made some mistakes, for sure, and second year came back stronger.”

For 2018, the festival has more specifically defined areas where picnickers with blankets can lounge, as well as space for chairs. With new locations for its three stages, promoters have reconfigured the VIP area. It will now be possible for the very important folks to walk from stage to stage without once having to interact with those in general admission.

The festival’s demographic is open to such amenities, says Nic Adler, festival director for Goldenvoice. “Today there’s an audience for almost every age demo in the festival market, and while we were a little apprehensive at first, we saw the excitement last year.”

As with the first year, Arroyo Seco will offer fancy food from some of the city’s most estimable establishments, including Jon & Vinny’s, Hatchet Hall, Fritzi Coop and Hanjib. Craft beer will be selected by Beer Belly, and parents can enjoy it while their offspring play in an area set up by the nearby Kidspace Children’s Museum.

Adds Adler: “This festival is never about one or two shows. Within L.A., there was almost like a void for this. And it’s not really a genre, more that we’ve created the right environment for these bands to play in.”

In discussing Arroyo Seco, Tollett also confirmed that a second installment of Desert Trip, a 2016 Goldenvoice festival that in its first year booked Paul McCartney, Bob Dylan, the Rolling Stones, Neil Young, Roger Waters and the Who, would not be occurring in 2018. He cited “a plethora of reasons” for its absence.

“It’s such a special thing and we have to have it be really great.”

Blog
The Weeknd announces his ‘The After Hours Tour’ and album
1,364 views

Blog
Drake breaks his own No. 1 record with ‘Care Package’ compilation
1,760 views