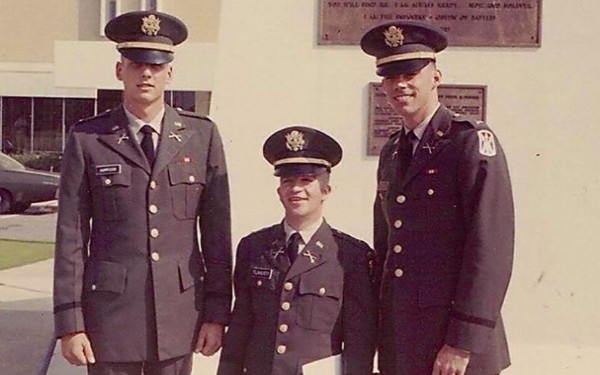 Whether or not you are a subscriber to all things Academy Awards, it’s hard to deny that the big show does well in its celebration of the art form we all love to take part in together. Every year, the host and presenters tote cinema’s unique ability to transcend language and the borders that often seek to separate us. While a romantic idea, it is often true, at least for the movies that succeed in their storytelling capabilities. The new documentary The Giant Killer, however, lacks such communication style, and instead seems to cater to a narrower audience that I have no seat in and fear many other viewers will feel the same way.

I don’t mean to make an unfair comparison to a quite small documentary to the biggest award show in the world just in order to flip it on its head, but I do feel it’s important to note that most movies we love have nothing to do with experiences we’ve actually had or know anything about. The magic of cinematic sympathy is immeasurable in this way.

So, when I hear that The Giant Killer is about a Vietnam veteran who climbed the ranks despite his short stature, and then goes on to live a life of mystery, espionage, and tragedy, I’m strapping myself in and ready to be taken on a ride. It turns out that this little flick, however, directed by Miami police officer David Yuzuk, took off without me a long time ago.

Who is David Yuzuk and who is the titular killer of giants, you may ask? A couple of years ago, Yuzuk found himself running into a homeless man on numerous occasions while on patrol. He was a small man, no more than 4’10”, and he never asked for help or caused much trouble. But when Yuzuk invited him to eat lunch with him, the old man agreed, and over the crunch of Subway sandwiches, this man told Yuzuk his life story--a story of his days as the Army’s smallest soldier, as a Green Beret, as a man who saw much war and had to live with it every day. A few days later, this man, this “giant killer”, would be mysteriously killed in a hit and run accident. While Yuzuk begins exploring the circumstances of his murder, upon looking closer, the policeman finds it was this man’s life, not only his death, that truly deserved some digging into.

The man’s name was Richard Flaherty and he was by all accounts a colorful character. Through testimonies with family members, and old classmates, we hear about Flaherty’s ability to capture the attention of those around him with his brimming confidence and sense of leadership, despite being somewhat vertically challenged. This kind of Napoleonic attitude got him into the Army, even though he didn’t meet the height requirement. It got him promoted to First Lieutenant. It earned him a Silver Star. He was inducted into the Special Forces division of the Army known as the Green Berets.

And this is where I’ll stop for a quick minute, because while we are learning all this about Flaherty and his many accolades as a prominent leader in the military, we’re also hearing from men in his platoon who describe numerous instances of, how do you say, megalomaniacal behavior. That the power he held often went to his head, that he was reckless with his platoon, and often made some dubious ethical decisions in the line of fire. This is where isolation set in for me as a viewer. It seemed that war was a playground for Flaherty, and it was a chance to be the big kid in the sandbox.

The empathy that is sought after by testimonials from other men who served and explain that they came back to the States as outsiders seems an entirely separate story than Flaherty’s, a man who was brave to a fault and seemed to have gotten a lot of people killed in the process. His was truly an indescribable experience, one that would drive any man mad with guilt, and it certainly did to Flaherty, but the story then follows as he dives further into darkness as he gets into alcoholism, drugs, and eventually self-induced homelessness. Instead of following his path of dark deeds as a hardlined critique on the United State’s handling of Veterans--it does toe around it--or a focused character study on psychological path, Yuzuk decides to use wide brush strokes for all the chapters in Flaherty’s life, and far too much time on the inconsequential circumstances of his death. The Giant Killer is too patriotic to question the necessity of war, but is also totally about the inevitable tragedy that follows it. Near the end, we are teased by an interesting twist about Flaherty’s later years, but we only get speculation as to what it really means rather than investigation. Let it also be noted that the film is heavily peppered with some pretty cringe-worthy reenactments that deflated much of the actual drama that was being described.

Having said all that, it seems that The Giant Killer is a movie made by a man, a cop no less, who truly cared about this small nobody who was a big somebody and who affected a wide community with his stories and good humor over his 30 years on the streets of Miami. The Giant Killer seems more like a personal project piece, one that I am glad Yuzuk made, surely, but execution-wise lacks on too many fronts to stand tall amongst the rest.

THE GIANT KILLER is available now on VOD.