‘Love, Simon’ is so much more than a coming out story 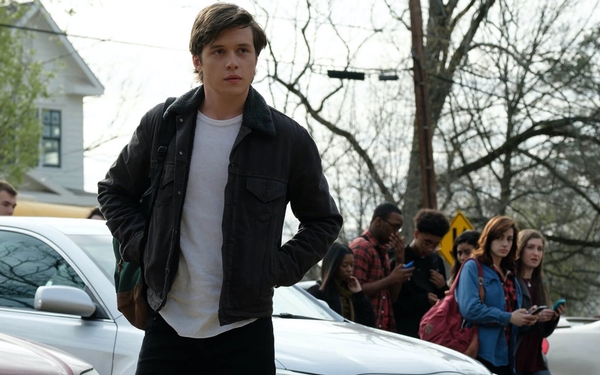 Does 2018 need an earnest coming out story about an upper-middle class cisgender white boy? At face value, the tale of “Love, Simon” could possibly seem a bit dated. But the teen comedy — directed by Greg Berlanti, written by Elizabeth Berger and Isaac Aptaker, based on the book “Simon vs. The Homo Sapiens Agenda” by Becky Albertalli — is impossibly infectious, and so much more than just a coming out story.

The nature of the film itself is political: It’s a necessary and humane representation that foregrounds a queer character’s journey and gives them a swooningly romantic love story to boot. But setting all that aside, “Love, Simon” is simply a fantastic high school comedy that’s grounded, funny and heartwarming.

The only thing that sets Simon apart is his deep, dark secret — he’s lusting after the hunky gardener next door. That’s right, he’s gay. But how, now, with legal gay marriage, a supportive, liberal family and a multi-culti group of cool friends, could that be an issue?

Tonally, “Love, Simon” exists on a spectrum between “Lady Bird” and “Mean Girls.” It has the warm winsomeness of “Lady Bird,” and the crackling humor of “Mean Girls,” playing with the high school archetypes that film captured so well. All three are about the protagonists at the center learning to be themselves fully and freely in the world, struggling against the prison that is the opinion of others. As Simon hems and haws about coming out, he plaintively notes that he’s not ready to lead a different life, or be a different person.

The larger message of “Love, Simon,” aside from tolerance, acceptance and love, is that being yourself and living your truth out loud is good for you, and it’s good for the people around you too. Being closeted means Simon hurts the people closest to him, as he manipulates his friends to keep his secret under wraps. It can be difficult for a viewer to accept that his friends don’t acknowledge just how hard it is for Simon to come out. He’s blackmailed and bullied, but that doesn’t change their expectations of him as a friend. Perhaps that’s the right choice for the film, underscoring that sexuality doesn’t define our morality, but you can’t help but wish they cut sweet Simon a bit of slack.

That’s because Robinson, Berlanti and the writers make Simon such an empathetic and detailed character to whom we can all relate. Ultimately, more than anything else, Simon just wants to be loved. He’s a hopeless romantic risking not only his heart, but his identity, and that’s what makes him a hero worth rooting for.