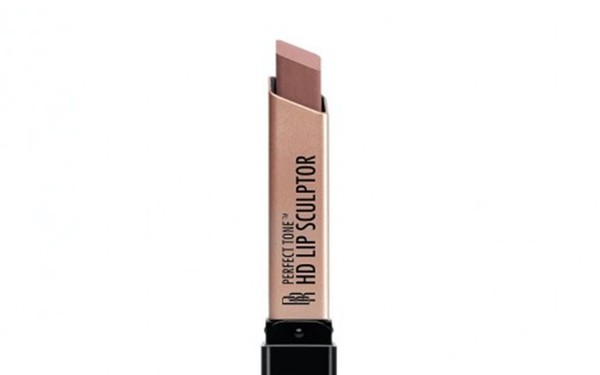 When Jacen Bowman was serving time in jail for shoplifting, he had no idea that one day he’d be the one bronzing Lupita Nyong’o’s cheeks, applying Phylicia Rashad’s lashes, or grooming Tyson Beckford for photo shoots.

This is a big deal: Well before the days of MAC, when Fashion Fair was the only department store brand with colors that complemented black women’s complexions, Black Radiance was the go-to drugstore lipstick. In the late 1990s and early aughts, Black Radiance lost relevance as other brands, like MAC and Bobbi Brown, amped up their beauty options for women of color. But now, as we rethink how we spend our discretionary spending — I’m moving more toward subscription boxes rather than buying fancy make up à la carte — Black Radiance, along with other drugstore faves, like Wet-N-Wild and CoverGirl, are making a comeback.

This spring, Bowman — whose company is called Shades of Jacen — put his touch on all of Black Radiance’s in-store ad campaigns used in Target, Walmart, and Walgreens. He stars in Black Radiance’s YouTube tutorials, and he even helped come up with the season’s color palette. According to Bowman, the lipstick look for spring is glossy. And for the face, all that Kardashian-contouring is finally on its way out.

“I’m a beauty expert now,” Bowman told me on a cold, snowy Wednesday afternoon from his New York apartment, where he lives a few days week. He also has a home in Brewerytown. “My makeup work is in a national campaign. I never thought it would happen.”

Other A-listers who have been on the receiving side of Bowman’s makeup brush include singers Elle Varner, Philly natives Jazmine Sullivan and Le’Andria Johnson, and reality star Porsha Williams. Bowman was also one of the artists on hand at the 2016 Democratic National Convention, where he made up Scandal actor Tony Goldwyn and former Secretary of State Madeleine Albright. (His tweezers were inches away from Hillary Clinton, but no dice.)

Bowman grew up in East Oak Lane and attended George Washington High School in the Northeast. Back then, he had dreams of becoming a journalist, like his dad. But by the time Bowman went to college, his heart wasn’t in it. He dropped out of Delaware State University and worked in retail, including at the Gap on South Street and Nordstrom in King of Prussia.

In 2007, Bowman made a bad left turn in life and started shoplifting. He got caught a few times, was arrested, and spent six months in jail.

“That’s when I said, ‘OK, Jacen, you are so smart you have to change the people you hang around,’ ” Bowman said. “I knew I wanted to get into makeup and get into hair, but I didn’t do that because I wanted to please my dad. But before he died, he told me [on the phone] that I didn’t have to do what he wanted anymore … He passed while I was in jail.”

After he was released, Bowman went to beauty school in Ambler and landed a job as a part-time assistant makeup artist behind the MAC store in Cherry Hill Mall. After a few months, he went full-time and was on his way to a management career when MAC discovered his background and demoted him back to part-time artist.

“That put a flame on my behind,” Bowman said. “I decided right then I wasn’t going to let anyone tell me, ‘No,’ again.”

Shades of Jacen was born.

Last year, Gregg, who grew up in Abington but is now based in Los Angeles, tagged Bowman to work on the Black Radiance #Lashtastic promotion in Los Angeles. His work went over so well — thanks in large part to his 46,700 Instagram followers — that he was pegged (and paid) for a 2018 collaboration.

“He cares about the faces he works on,” Gregg said. “He’s good at customizing — no two of his faces look alike.”