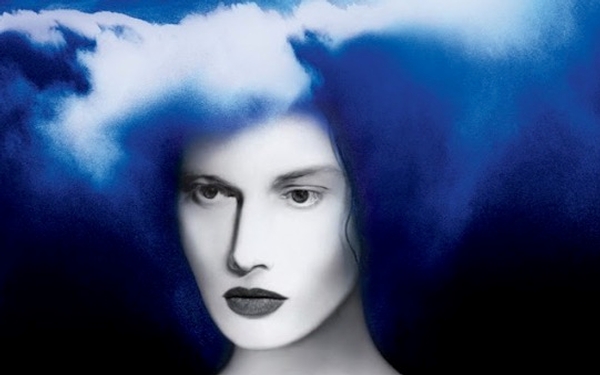 Going back to his beginnings with his ex-wife Meg in the White Stripes, Jack White has been making music for nearly 20 years, and his tics and predilections have grown mighty familiar. In other words, there are a fair number of wicked Led Zep guitar riffs and obscure spoken-word ramblings on “Boarding House Reach,” the Third Man Record honcho and willful eccentric’s third solo album and first in four years. To overcome the sense that we’ve heard it all before, White goes on the attack with restless experimentation, zinging from one style to the next, whether it’s the hip-hop-leaning “Ice Station Zebra,” the funked-up and contorted “Get in the Mind Shaft,” or the quite lovely “Humoresque,” his take on a lyric by Al Capone for a melody by Czech composer Antonin Dvorak that the Chicago mobster wrote while in prison in Alcatraz in the 1920s. Boarding House Reach is maddeningly manic if not downright silly — the red-hot R&B rave up “Why Walk a Dog” fits in the latter category. But although it never comes together as a cohesive whole, its wildcat energy and willful weirdness is plenty diverting. — Dan DeLuca

Nathaniel Rateliff and the Night Sweats

“Tearing at the Seams”

The “Intro” to Nathaniel Rateliff and the Night Sweats’ new album comes, oddly, halfway through the set’s 12 tracks (14 if you get the deluxe edition). It’s a pounding vamp, punctuated by chants, that’s long on grit and energy. But “Intro” segues into the aptly titled “Coolin’ Out,” a delectable slice of sweet soul. That sequence follows the pattern at the start of Tearing at the Seams, which opens with the greasy groove of “Shoe Boot” before moving on to the punchy pop-soul of “Be There.”

Frontman Rateliff, who wrote or co-wrote all the songs, is just a passable lyricist. It’s the music that stands out. He’s adept at the various permutations of old-school soul and R&B presented here, generating real feeling with them. The same goes for his large ensemble, which includes horns and keyboards. The musicians can dive right in to a deep groove or slowly build a track to an emotional climax. On the acoustic-textured “Hey Mama,” they also take a nice country-soul turn, accented by pedal steel.

Stax, of course, is the storied Memphis label that introduced such artists as Otis Redding and Sam and Dave. With their invigoratingly unvarnished and down-home approach, Rateliff and the Night Sweats are doing an admirable job of keeping Stax’s bedrock musical spirit alive. — Nick Cristiano

It’s one of those gone-but-not-forgotten things: the music of Luther Vandross. The velvety tenor possessed a saxophone’s subtone nuance, an operatic theatricality, dynamics for days, and a deep abiding soulfulness that made not only his penned-and-produced work sublime; Vandross’ wall-shaking backgrounds enriched all whose albums (e.g. Chic, Bowie, Diana) he graced. When he died in 2005, he left a void never to be filled. Only a singer with similar power and range, such as Ruben Studdard, could come close.

The “American Idol” Season Two winner has been nicknamed the “Velvet Teddy Bear.” He’s comparable to Vandross in physical size and pipes and has covered Luther-associated tunes such as Leon Russell’s “Superstar” since his start. For this full-on lush-and-funky tribute, Studdard smartly doesn’t copy Vandross’ runs, slides, or scats. The up-tempo “Bad Boy”/”Having a Party” and the coolly complex “Never Too Much” (both written or cowritten by Vandross) could have appeared as part of Studdard’s own slick R&B catalog, as could a soaring “Here and Now.” That doesn’t mean Studdard avoids reminiscing or picking up Vandross’ tics (he toured as Fats Waller in a theatrical revival of “Ain’t Misbehavin’” and knows what to borrow to complete an artist’s portrait), and he veers close to Vandross’ simmer on the pensive “A House Is Not a Home.” That, however, is exactly what you want from a great tribute — soulful things old, new, borrowed, and blue. — A.D. Amorosi