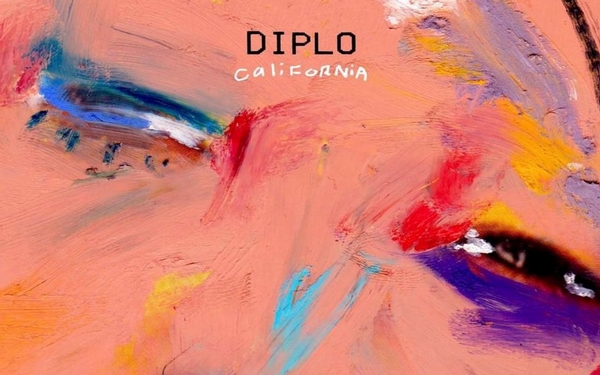 Even Diplo can’t party all the time. The former Philadelphia DJ who went from hosting Hollertronix parties in North Philly to a globe-trotting, hit-making career producing Justin Bieber and Beyoncé also has a sensitive, thoughtful side, it seems. The ruminative vibe of this six-song EP, which features contributions from Lil Yachty, MO, and Santigold, among others, will come as a surprise to those who know the artist born Wesley Pentz primarily through his often delirious productions with dancehall DJ crew Major Lazer and team-up with Skrillex as Jack U. But way back in 2004, Diplo released Florida, an autobiographical mood piece of an album that contemplated his pre-Philly youth growing up in Mississippi and the titular Sunshine State. “California” is the grown-up successor to that album, a reflective effort that takes the time to “Look Back” on a hazy collaboration with DRAM and gets serious on “Suicidal” with Auto-Tuned Chicago emcee DesiignerCQ. “California” is effective in part because it employs the element of surprise, but more impressive, it succeeds on the strength of its songwriting. — Dan Deluca

Many hip-hop listeners had gathered that Sir Robert Bryson Hall — the rapper and producer Logic — was a serious man. Independent label works such as his 2009 mixtape “Psychological” and 2010’s “Young, Broke & Infamous” sounded that often-pressing and weighty lyrical charge. Few though, could have predicted his profoundly ruminative suicide-prevention anthem “1-800-273-8255” from 2017, which brought him his highest-charting single and a Billboard #1 follow-up album/mix in “Bobby Tarantino II.”

With his rapier, earnest wit and rapid-shot flow in full flower, “44 More” leads with a sense of dread in its bleakly creepy synth lines, dense monochrome bass lines, and a word to his haters: “Can’t let fame go to your head / F- with me, watch where you tread.” Luckily — and a rarity in his catalog — Logic treads more lightly here (and less glumly) than he has in some time, with the goal of gleeful entertaining. “I’m not in the mood for a message about how I can be whatever I want or, like, equality,” state Adult Swim guests “Rick and Morty” before Logic goes on about non-message dexterous rapping on “Indica Badu.” Torrid tracks such as “BoomTrap Protocol” and “Midnight” are moody and lover-mannish, which is — again — a welcome relief from his usual grim display. That said, all play and no worried work from an emcee renowned for such leaves “Bobby Tarantino II” lacking for heft and dynamic oomph. Maybe next time a healthier blend of the ups and the downs would make Logic-al sense. — A.D. Amorosi

In 2005, Bettye LaVette finally achieved the success and acclaim that had largely eluded her for four decades when she released “I’ve Got My Own Hell to Raise.” Her powerhouse performances of songs by well-known female singer-songwriters firmly established her as a master interpreter, one who fiercely and fearlessly put her own stamp on others’ work.

That’s what the 72-year-old dynamo does with most of her latest album of a magnificent, late-blooming career. “Things Have Changed” is a collection of 12 songs by Bob Dylan. “The Times They Are A-Changin’ “ is transformed from folk anthem to R&B groover, with a less strident and more matter-of-fact tone that makes it sound less threatening. “Seeing the Real You at Last” gets the same musical treatment, while LaVette is at her grittiest, accentuating the acid bile of the lyrics.

It’s on the ballads, however, where LaVette is really at her peak, drawing out depths of emotion that you don’t always get from Dylan himself, and, like any skilled interpreter, revealing new dimensions in already great songs. She suffuses her slowed-down version of “It Ain’t Me Babe” with tenderness and regret, whereas the original sounded more like a kiss-off. Her pleading on “Don’t Fall Apart on Me Tonight” reveals a naked vulnerability that makes the anguish more poignant. And, against a spare but moodily atmospheric arrangement, she enhances the haunting sense of finality in “Going Going Gone.” — Nick Cristiano