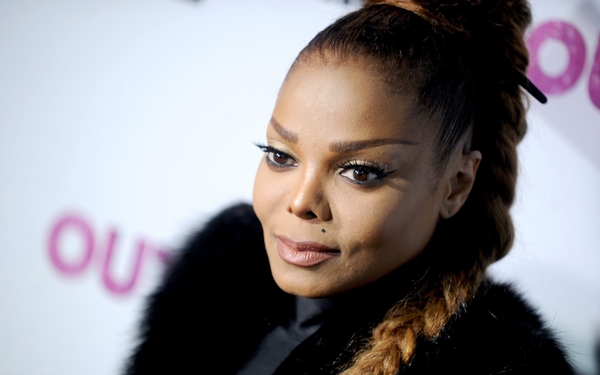 The annual FYF Fest began as a scrappy punk show held at a small rock club in Echo Park. This year one of the event’s headliners will be Janet Jackson.

Not according to the woman who booked FYF.

“The evolution of Janet’s career and what it allowed and inspired other artists to do — it’s really punk in my mind,” said Jennifer Yacoubian of Goldenvoice, the powerful Los Angeles-based promoter that puts on FYF as well as the Coachella Valley Music and Arts Festival.

Yacoubian added that Jackson’s long history as a trailblazer — one known for disrupting all kinds of established thinking about style and sexuality over her three and a half decades in music — “speaks so true to the punk ethos.”

At FYF, scheduled for July 21 and 22 at Exposition Park, Jackson will top a bill that represents its own argument for change — within music festivals in general but also specifically for a taste-making brand damaged by recent accusations of sexual misconduct on the part of its founder.

The bill comes close to balancing female artists and male artists — a striking development at a moment when the demand for gender parity at festivals has become a common rallying cry among fans and industry observers. (In contrast, women make up about a quarter of the top-billed acts at next month’s Coachella, while Bonnaroo and Lollapalooza have no female headliners this year.)

“Just having Florence and Janet back to back on the same weekend — I’m so proud of that booking,” said Yacoubian. “They’re such badass, strong women.”

The lineup’s announcement comes months after several women told The Times and Spin that they’d been abused or assaulted by Sean Carlson, who started FYF Fest in 2004 at age 18 as a showcase for punk and hardcore groups. At least one allegation was reported to the LAPD, though prosecutors ultimately determined they lacked sufficient evidence to charge Carlson.

In November, Goldenvoice, which also presents the Stagecoach and Arroyo Seco Weekend festivals, cut ties with Carlson but made no official statement about the separation. Carlson wrote at the time on Facebook that he’d “behaved inappropriately toward women.” (A representative for the founder didn’t respond Thursday to a request for comment.)

Asked this week about Goldenvoice’s decision to keep FYF alive — as opposed to ending the festival or renaming it, as some had speculated might happen — Yacoubian referred to earlier comments by the company’s president, Paul Tollett, who last month told The Times that he wanted to protect his presence in the increasingly crowded festival market.

Yet he stressed that Carlson — whose stake in FYF was purchased by Goldenvoice and its parent company, AEG Live, for an undisclosed sum — would have no involvement with FYF going forward.

“You can’t give your two cents on how you think the direction is going,” Tollett said he told Carlson.

Yacoubian, a nine-year Goldenvoice veteran who’s booked shows at the El Rey Theatre and Shrine Auditorium, stopped short of characterizing the representation of women on the 2018 FYF bill as a direct response to the allegations against Carlson.

“It wasn’t an initiative of ours” in her first year organizing the show, she said.

“Bands like My Bloody Valentine or the xx — it wasn’t like, ‘Oh, we have to book this band because there’s one female member in it,’” Yacoubian said. “It just kind of all came into place.

“I think that there are a lot of really powerful and inspiring musicians and artists out there, and when all of the options were kind of laid in front of us, this just felt so perfect and right and different and unique.”

Still, this year’s lineup — which also features Nina Kraviz, Cuco, Sudan Archives and Unknown Mortal Orchestra, among others — can be seen as part of an effort to repair FYF’s reputation following Carlson’s departure. (Tickets, which start at $149 for one day and $249 for both days, go on sale April 6.)

“I don’t argue that it’s something that’s much needed, but for us it’s organic” — the result, she said, of her attempt to “book the best artists possible” for an event that drew an estimated 40,000 people in 2017, when the headliners included Frank Ocean and Missy Elliott.

One of those 40,000 people, Yacoubian pointed out, was Jackson, who showed up at FYF to catch a rare live set by Elliott, the hip-hop innovator known for hits like “Work It” and “Get Ur Freak On.”

“She had the best time,” Yacoubian said of Jackson, who’s also set to perform at Goldenvoice’s Panorama festival in New York in July. It was the singer’s enjoyment that night that set the wheels in motion for her turn onstage this summer.

“I think what we strive for is an exciting, eclectic and super-diverse lineup,” Yacoubian said. “And I think that having Janet on here encompasses all that.”