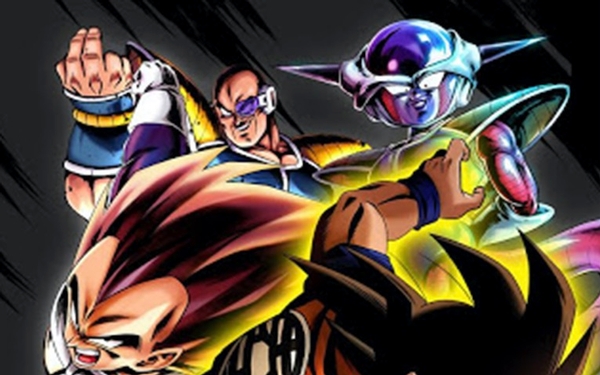 Although “Dragon Ball Super” recently wrapped up, the resurgent franchise shows no signs of slowing down. A new movie is in the works for December. “Dragon Ball Fighterz” continues to draw more players in the fighting game community.

Now, the series is adding a new entry in the mobile realm with “Dragon Ball Legends.” It’s essentially a fighting game that augments the gameplay of swiping and tapping with card mechanics.

To play, gamers choose three characters for their team and fight either the computer or a human opponent from anywhere in the world. Thanks to the Google Cloud Platform, they can even fight rivals across iOS and Android platforms.

In combat, players swipe on the screen to dodge forward, backward and sideways. They attack by hitting one of four cards at the bottom of the screen. Each option has different traits. Some cards deal massive damage while others act as a heal. With the cards having a cooldown and cost attached to them, there’s a strategy in how players pick the cards and when players use them.

Sometimes a fighter will strike a foe who has an exclamation mark. When this happens, there’s a clash mechanic, in which both players see a meter and try to tap it when it’s full. The player with the biggest meter wins the minigame.

Lastly, players will be collecting dragon balls during the fight. If players gather all seven, they can activate a super combo called Rising Rush. It incorporates all the fighters left on the team, and it usually leads to an adversary being knocked out.

“Dragon Ball Legends” will feature both English and Japanese voices. It’s scheduled to come out later this year. Players can sign up for a closed beta test at https://bit.ly/2H89tQT.

Previews
‘Population: One’ could be ‘Fortnite’ for virtual reality fans
798 views

Previews
In ‘Watch Dogs: Legion,’ it’s the people that gives the game its character
543 views

Previews
‘Watch Dogs: Legion’ surprisingly has a bit of ‘Pokemon’ in it
1,487 views