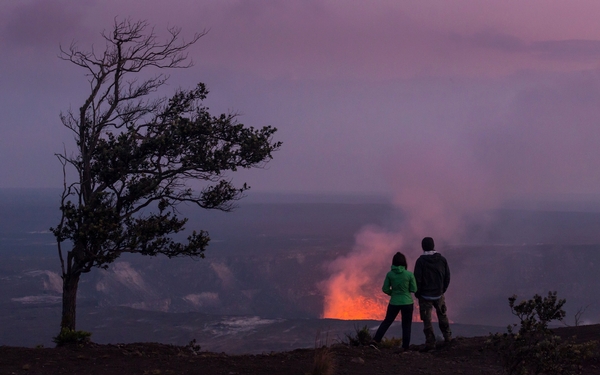 The Hawaiian Islands hold a special, almost mystical, appeal for many mainland Americans and Asian visitors, myself included. Recently I traveled to Oahu, the Big Island and Kauai to see which island I liked best, and to discover new places to stay and activities not to be missed.

I began my odyssey in Oahu, the most well-known and populous island. Using the centrally located Laylow Waikiki hotel as my base, I wandered along Waikiki’s main street, Kalakaua Avenue, and marveled at the diversity of shops, restaurants and hotels that attracted countless visitors. As dusk approached, street musicians provided background music while two bare-chested, muscular Hawaiian men, holding torches, invited visitors into the historic International Market Place to watch its free, half-hour Hawaiian culture show, and to explore its upscale shops and huge banyan tree, once the site of Don the Beachcomber’s treehouse, where he lived for years. Instead of shopping, I decided to watch the sunset from the beach, so I headed down a walkway lined with dozens of 9-foot-tall longboards, emerging to find a crowd of similarly minded folks snapping sunset selfies as the red orb dropped below the horizon and painted the iconic Diamond Head crater in crimson shades.

Fortunately, the Laylow provided a peaceful oasis in the midst of the hustle and bustle of Waikiki. On one side of lobby lay the compact but private pool, but I preferred hanging out at the open-air Hideout restaurant overlooking the much calmer Kuhio Avenue. From my room upstairs, I had a better view from my two balconies of the distant mountains, various high-rise condos and hotels, and a glimpse of the ocean. The recently renovated hotel had a midcentury modern decor that made my room look clean and pleasant.

The next day, I joined two activities that I recommend. First, Hawaii Jeep Tours took us on a three-hour excursion around the south and east sides of Oahu. We stopped several times to admire spectacular views of the turquoise ocean bordered by tawny sand beaches and green-clad mountains. But my greatest thrill was seeing humpback whales cruising through these breeding waters, not only spouting as usual but also hurling themselves out of the water (known as breeching). The tour did a good job of revealing the beauty of Oahu outside of congested Honolulu. Later that evening, the good times rolled as we boarded a chartered yacht, Vida Mia, for a memorable sunset cruise replete with fine wine, appetizers and a splendid view of the Waikiki skyline glinting in various hues while a brilliant full moon rose over Diamond Head.

The Big Island, where I headed next, is also called Hawaii, and it differs in many ways from Oahu. The Big Island has only 186,000 people occupying more than 4,000 square miles, while Oahu packs nearly a million people in 597 square miles. This largest of all the Hawaiian Islands boasts 11 of the world’s 13 climate zones, and Mauna Kea, which, when measured from the ocean floor, is considered the world’s tallest mountain (it rises 33,000 feet, or 13,800 feet above sea level).

The Mauna Kea Beach Hotel, my refuge for the next two days, lies on the reliably dry and sunny western side of the island, where much of the landscape is dominated by otherworldly-looking black, jagged lava fields. Fortunately, the hotel sat next to Hapuna Beach, one of the island’s largest white sand beaches, with clear, turquoise water that beckoned paddleboarders, kayakers, swimmers and snorkelers like me. Mauna Kea was the first resort built on the island by Laurance Rockefeller in 1965, and in 2006 it received an extensive remodel, bringing its midcentury modern rooms back to top standards. Scattered throughout the lobby and the open-air floors above were more than 1,000 of Rockefeller’s original Asian art pieces.

As I explored the hotel’s grounds, just past the beehives that produce pure honey for guests and the chefs, I found a gorgeous, world-class 18-hole golf course, part of which hugged the rocky shore so closely that the ocean floor is undoubtedly blanketed by golf balls. Adjacent to the hotel lobby lay an 11-court tennis club, so near to the ocean that a miss-hit tennis ball would join the golf balls in the ocean. An ample swimming pool overlooked the ocean, but I felt irresistibly drawn to the long, curving sandy beach and the rich, blue ocean water below. The first day’s strong winds subsided enough to allow me to snorkel along a rocky outcropping where at least 20 kinds of fish beguiled my senses.

The highlight of the trip was a Sunshine Helicopter flight. We arrived at the heliport around sunrise, and as the helicopter gracefully ascended in the dawn sky, we watched the full moon setting over a pastel-colored ocean. Our 90-minute flight soared over the craggy shoreline and waterfall-laden valleys and, best of all, we circled above one of Kilauea’s craters that sent towering plumes of white smoke high in the air while vivid orange lava pools bubbled in the seething blackness.

My final destination, Kauai, is an island tied with the Big Island for first place in my heart. Kauai, rightfully called “the Garden Island,” is only one-seventh the size of the Big Island but offers dramatic coastlines — the Napali Coast in particular — and a mini-Grand Canyon called Waimea Canyon. Its small population and compact size, plus a law that prohibits building anything taller than a palm tree, appealed to me.

My final choice of lodging, the Koloa Landing in Poipu, was the newest of the three Marriott Hawaiian Autograph Collection hotels in which I stayed on this trip, and while the property had a moderately attractive exterior, my room was outstanding. It had a full kitchen and tasteful decorations that made it a perfect base for exploring the island. For foodies who want to try Hawaiian specialty foods, the Koloa Landing has partnered with world-famous chef Sam Choi and offers his creations in the poolside restaurant.

Our explorations took us to Opaekaa Falls, near a placid river perfect for kayaking, then on to Steelgrass Farm for a unique chocolate tour, at the end of which we sampled half a dozen varieties of its specialty chocolates. And what better way to end the day than to visit to the Koloa Rum store and sample their award-winning rum?

Since Kauai has one of the rainiest places on Earth — Mount Waialeale, which receives nearly 460 inches per year — I shouldn’t have been surprised by the gale force winds and lashing rain that greeted my departure. The weather notwithstanding, I felt Hawaii’s aloha spirit in my heart when I contemplated all the unforgettable experiences I had on three magical islands.

(Hansen is a travel writer and photographer based in Carlsbad, Calif. See more photos and articles at www.HansenTravel.org or Instagram @doug(underscore)hansentravel.)