In Saudi Arabia, movies are suddenly being embraced

Mohammed bin Salman, deputy crown prince and minister of defense of the Kingdom of Saudi Arabia, meets with U.S. President Donald Trump on March 14, 2017 in the Oval Office at the White House.

Hisham Fageeh has received standing ovations at some of the world’s premier film festivals for his starring role in the Saudi Arabian romantic comedy “Barakah Meets Barakah.” His satirical videos rack up millions of views on YouTube.

Yet when the actor, producer and comedian tried to set up a film production company in the Red Sea port city of Jidda, an official at the Ministry of Commerce refused to sign off on the venture.

“Cinema is haram,” the official told him, “forbidden.”

Less than a year later, the government is signing deals with some of the world’s leading cinema operators to open hundreds of theaters in Saudi Arabia, and 30-year-old Fageeh is taking meetings with top officials eager to learn how they can support the country’s nascent film industry.

“It’s … awesome,” he said, using an expletive unpublishable in Saudi Arabia or the Los Angeles Times.

The sudden change of heart is part of a broad push by the country’s 32-year-old crown prince, Mohammed bin Salman, to modernize a society regarded as among the world’s most conservative and diversify an economy almost entirely dependent on oil production.

By developing a local film industry, Saudi officials hope to expand entertainment options and create jobs in a country of 32 million people, the majority of whom are under 30, many with money to burn. But the kingdom’s ambitions don’t stop there. Officials say the country has the market size, infrastructure, talent and wealth to become a movie-making hub for the Arabic-speaking world.

“You have Nollywood in Nigeria, you have Hollywood in the U.S., you have Bollywood in India, and you have no one covering the region,” said Ahmed Almaziad, chief executive of Saudi Arabia’s General Authority for Culture. “I don’t see it as a far-fetched goal to be the hub of the region.”

Such talk is generating excitement among Saudi movie makers. But some are raising questions about the kind of industry that can be built in a country governed by an absolute monarchy that continues to jail critics and enforce a rigid version of Islam.

What restrictions will be imposed on creative output? And will there be a place for guerrilla filmmakers who have long labored in the shadows, negotiating a social and bureaucratic minefield to produce works that are beginning to reshape the kingdom’s austere image abroad?

“There is such brilliant talent that did everything by themselves,” he said, sitting cross-legged on a sofa at his Jidda apartment, where vintage movie posters hang on the walls and an artist’s easel stands by a window. “I can only think, well, now that the state’s involved, the sky’s the limit.”

Yet he too wonders what kind of projects the government will support.

“We are now creating a canvas of what our art scene is going to look like for maybe the next 100 years,” he said. “Do they want it to be very vanilla, mild content … and just the existence of cinemas in itself is considered subversive?”

In its quest to deploy the “soft power” of movies, Saudi Arabia will have some catching up to do. Countries such as Egypt and Lebanon have been making movies for decades, and the United Arab Emirates also has established itself as a major production center in recent years.

Prince Mohammed was in Los Angeles earlier this month to court Hollywood investors, and the government plans to launch its first film agency at the Cannes Film Festival in May.

Saudi Arabia has not allowed commercial cinemas since the early 1980s, part of a religious backlash against Westernizing influences that accompanied the flood of petrodollars that poured into the country during the 1970s. After a deadly siege by Islamist extremists at the Grand Mosque in Mecca in 1979, the Saudi monarchy handed much greater control to hard-line clerics who view movies and other forms of entertainment as un-Islamic and warn of their potential to corrupt public morals.

The only public cinema in operation today is an Imax theater housed at a science center that shows educational films.

But a passion for the movies has endured in the desert kingdom.

Most Saudis watch movies on the internet, satellite television or old-school DVDs. There are also regular screenings at universities, cultural centers and private homes. And many Saudis travel to nearby countries such as Bahrain and the United Arab Emirates to get their big-screen fix.

The Saudi authorities would like them to spend that money at home. They plan to have around 300 theaters with 2,000 screens built by 2030, which they project will contribute nearly $24 billion to the economy and create more than 30,000 jobs. The first new theater, an AMC Cinema, is set to open in the Saudi capital, Riyadh, on April 18.

Details of the regulatory framework are still being worked out, but officials expect restrictions on what can be shown will be similar to those in other Persian Gulf nations.

Sex and nudity will almost certainly be out, along with anything critical of the monarchy or of Islam.

But the kingdom’s 2017 submission for an Academy Award, its second ever, suggests a willingness to embrace content that pushes social boundaries, provided it doesn’t go too far.

“Barakah Meets Barakah,” which Fageeh co-produced, takes on issues of class, personal freedom, public space and the complications of dating in a country that enforces gender segregation in most spheres.

Although Saudis are big consumers of local content on television and online, most of the movies they watch are produced abroad. The local film output is minuscule: Just two features were made last year along with a handful of shorts and documentaries, officials said.

The culture authority, which was set up in October, aims to ratchet up production by offering cash, training and logistic support to emerging filmmakers. Some of the options being discussed include the provision of equipment — cameras, lights, dollies — and legal services.

Talks are also underway with international film schools about setting up programs in Saudi Arabia. The government wants international film crews to come too, so the country’s actors, directors and cinematographers can get on-the-job training.

All that is music to the ears of young Saudi filmmakers like Khaled Nadershah, a 26-year-old graduate of the MetFilm School in London.

“Right now, there are very limited numbers of certain cameras and certain lights and certain talent,” he said in the family section of a restaurant, where he was editing his first feature on a laptop. “And their wages are high, due to the high demand and low supply. But in the future, that will become cheaper and more accessible.”

Nadershah spent a year working in a bank to raise money for the film, titled “Exit 5.” Shot in Jidda, it tells the story of a divorced woman who can’t persuade her parents to let her study abroad without a husband to accompany her.

With a budget of around $50,000, Nadershah couldn’t afford a large cast and crew. He wrote, produced, directed and composed music for the project himself, even taking on the role of catering manager. Some of the cast and crew were paid; others volunteered.

But for all the practical difficulties, Nadershah said his biggest challenge was overcoming a lack of exposure to the arts. Some of the greatest directors were inspired by art, music and theater, but these were all frowned upon when he was growing up.

Many of Saudi Arabia’s new crop of filmmakers have also had to overcome stiff resistance from their families.

Her father, an architect, would drive the family to Bahrain every weekend to watch the latest Hollywood blockbuster, a two-hour trip from their home in the eastern city of Jubail. But he did not see a future for her in movie making.

Even Alamri had doubts when she started studying film production — known as “visual and digital production,” to avoid drawing the attention of religious conservatives — at Effat University in Jidda. But since she graduated last year, her talents as an assistant director have been in high demand for films, commercials and music videos.

Now there are arguments at home about her long hours and mixing with male crew members.

Things aren’t any easier on set. When working on the streets of Jidda, producers will often ask her to get into the back of a car and deliver her instructions over a walkie-talkie because of the sensitivities about gender mixing.

“I totally hate this,” she fumed over tea at her grandfather’s villa. “Why did you give me this job if you want me to get into a car?”

Figuring out what permits are required and what will get past censors can also be a challenge. Rules are fluid and often seem to depend on the whims of individual officials — or how well-connected a filmmaker might be.

Shot in the found-footage style of “The Blair Witch Project,” it tells the story of three buddies who travel to the far north of the kingdom to explore the fabled haunted ruins of Madayen Saleh.

“There was no way to explain the premise of the movie to people who don’t get the genre,” the 29-year-old writer, actor and producer said at an American-style artisanal coffee shop that has become a gathering spot for the city’s creative types. “When they see the script, they’re like, ‘So is this a documentary, or is this a movie?’”

It didn’t help that he wanted to film at a UNESCO World Heritage site that is mentioned in the Koran and believed by locals to be a cursed place. Even his most skeptical cast and crew members started to believe the myths when their car broke down in the desert. They had to walk more than six hours through pitch darkness to find a spot with cellphone reception to summon help.

The permitting process has gotten simpler since they completed the film, which featured at festivals in Los Angeles, San Francisco and Hong Kong. Applications can now be submitted online to a single government agency, and permits are issued within days, Jomah said.

For a more established artist like Fageeh, raising funds, hiring equipment and convincing skeptical family members about his career choices aren’t so difficult. He’s more worried about finding venues to showcase his work.

“There has to be a quota for local cinema,” he said. “‘Because if I’m making a movie for a couple hundred thousand dollars, and I’m competing with ‘Spiderman’ or ‘Avengers 5’ … there’s no way in hell I have a chance.”

Officials acknowledge that the new commercial cinemas will probably feature a lot of American family films and blockbusters, but they don’t want to impose content requirements. Instead, the government plans to set up art-house cinemas to showcase Saudi works, said Almaziad of the culture authority.

He and his team have been meeting with local filmmakers for input on how to grow the industry. Some of those consulted worry that officials are more concerned with meeting production targets and appeasing religious conservatives than they are about the artistic value of what is produced.

Still, they are thrilled to have the government behind them.

“I witnessed Saudi Arabia when (creative) were the enemy. So I’ll embrace it, this idea that we’re no longer a threat,” Fageeh said. “We can now make up for lost time.”

World News
Stars and Stripes fly over U.S. Embassy in Havana for first time in half century
1,289 views 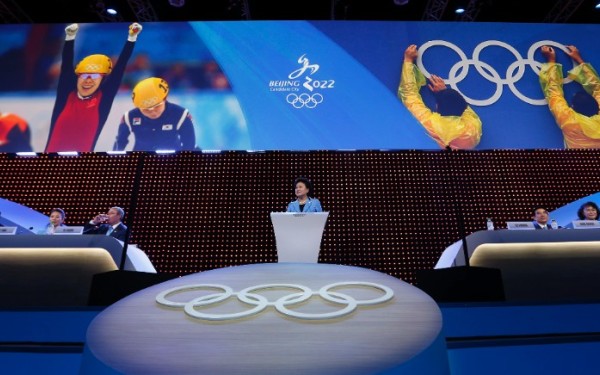