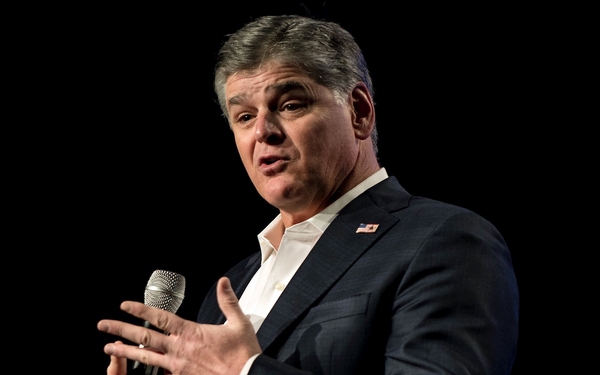 Fox News host Sean Hannity is under fire over the courtroom revelation Monday that he is a client of President Donald Trump’s personal attorney Michael Cohen, a relationship never made known to viewers of his nightly program or his bosses.

The failure to make such a disclosure while covering or commenting on such a story would ordinarily be a major breach at any journalism organization. But Hannity will not suffer any immediate consequences for it beyond the shaming by other commentators and journalists.

Fox News issued a statement supporting Hannity on Tuesday despite having just learned that Cohen considered him a legal client.

“While Fox News was unaware of Sean Hannity’s informal relationship with Michael Cohen and was surprised by the announcement in court yesterday, we have reviewed the matter and spoken to Sean and he continues to have our full support,” the statement said.

Hannity presented his own defense throughout the day on social media, his nationally syndicated radio program and, finally, his top-rated cable news show Monday night.

“Michael Cohen never represented me in any legal matter,” Hannity said at the end of his program. “I never retained his services, I never received an invoice, I never paid Michael Cohen for legal fees. I did have occasional brief conversations with Michael Cohen — he’s a great attorney — about legal questions I had where I was looking for input and perspective. My discussions with Michael Cohen never rose to any level that I needed to tell anyone that I was asking him questions, and, to be absolutely clear, they never involved any matter, any — sorry to disappoint so many — matter between me, a third party, a third group — at all. My questions exclusively almost focused on real estate.”

Hannity is the strongest television advocate of Trump — an avid viewer of Fox News who has praised the news host — and was highly critical of the FBI’s raid on Cohen’s office on April 9. Cohen has appeared on Hannity’s prime-time program numerous times to speak on behalf of Trump.

But it was only revealed Monday at a federal court hearing on the evidence seized by the FBI in Cohen’s office, home and hotel room that Hannity is a client of the president’s longtime lawyer and fixer, presenting a major conflict of interest for the host who typically draws 3 million viewers nightly.

Hannity’s name surfaced during the hearing in which U.S. District Judge Kimba Wood rejected a request from Trump’s lawyer to issue a restraining order that would have kept federal prosecutors from reading the files seized from Cohen.

Hannity’s rationale that he only discussed real estate with Cohen is not shielding him from criticism, even from a friendly guest on his show. Attorney Alan Dershowitz, who has been advising Trump, chastised Hannity on Monday for failing to reveal that he had even a minor connection to Cohen.

“I really think you should have disclosed your relationship with Cohen when you talked about him on this show,” Dershowitz said. “You could have said just you asked him for advice or whatever — but I think it would have been much, much better had you disclosed that relationship.”

Since the court learned that Hannity is a Cohen client, the host’s ethics have been questioned on other cable news programs and network morning shows, and mocked by late-night hosts.

But Hannity is likely to power through the negative reaction. He has largely operated by his own set of rules at Fox News as a commentator who is not bound by journalistic objectivity.

Jonathan Klein, a former president of CNN, said there will likely be no impact on Hannity’s audience, the largest in cable news on many nights, as many viewers tune in looking for robust support of Trump.

“Many Fox News viewers might be delighted that one of its host is so tightly tied in to Trump’s inner circle and won’t mind that he had not disclosed this before,” Klein said. “The Fox viewers are eager to cut President Trump a break, and they will be just as willing to cut Sean Hannity a break.”

Hannity is not only a cheerleader for Trump, but he has leveled nightly attacks on special counsel Robert S. Mueller III, who is investigating Russian meddling in the 2016 election and whether the president or his aides broke any laws before, during or since the campaign.

Hannity has presented an alternative narrative to the Russia investigation, claiming Mueller and his team are corrupt and out to derail the Trump presidency.

Cohen is being investigated over possible violations of banking and campaign finance laws related to his $130,000 payment to adult film actress Stormy Daniels, who is alleged to have had a sexual relationship with Trump. The case stemmed from a referral from Mueller, but is under the public integrity section of the office of the U.S. attorney for Southern District of New York.

Although Hannity has said numerous times that he is not a journalist, he has bristled when others at Fox News have suggested his show is not news.

Fox News anchor Shepard Smith said in an interview with Time magazine that some of the network’s opinion shows are “there strictly to be entertaining,” which led Hannity to call Smith “clueless” about the reporting done on his program.

Hannity becomes the second Fox News prime-time host to be shrouded in controversy in recent weeks. Laura Ingraham is still feeling the effects of major advertiser defections that began after she mocked Florida school shooting survivor David Hogg on social media for being rejected by several colleges.

Ace Hardware recently announced it has returned to “The Ingraham Angle.” But nearly all other major advertisers on Fox News have stayed away even though the host’s ratings have remained strong.

Ingraham’s recent shows have carried two spots from direct marketer MyPillow.com, which is known in the TV business for buying ad time at discounted prices, a sign that advertiser demand remains weak. The program is also carrying less commercial time than other Fox News shows.