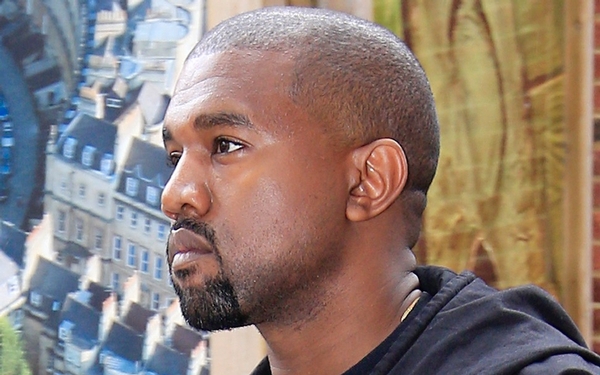 Kanye West leaves the Royal Geographical Society in central London on Saturday May 21, 2016. West announced he is dropping an album on June 1, and will be releasing a following album with Kid Cudi.

If you believe the 2010 book “The Advanced Genius Theory: Are They Out of Their Minds or Ahead of Their Time?” by Jason Hartley, Kanye West fulfills at least one of the requirements of genius: He’s alienated his original fans at least once.

West has spent the last week or so on social media priming his tens of millions of followers for the release of his next solo album. Along the way, he affirmed his support of President Donald J. Trump, which many of his fans took as a betrayal. A few days ago he released a song, “Ye vs. the People,” that addressed the controversy, in the form of a debate with the rapper T.I.

“Y’all been leadin’ with hate, see I just approach it different,” West raps. “Like a gang truce, the first Blood to shake the Crip’s hand.”

Among T.I.’s responses: “This s — — is stubborn, selfish, bullheaded, even for you.” More pointedly, T.I. speaks for many West fans who have witnessed the artist’s petulant, against-the-grain outbursts before and yet continued to support his career.

“All them times you sounded crazy, we defended you, homie,” T.I. raps. “Not just to be let down when we depend on you.”

It’s no secret that most people of color disapprove of Trump and his divisive policies, as well as statements in which he disparaged African nations and supported racist organizations. A recent Gallup poll found only 6 percent of black Americans approve of his job performance. Yet West has been oddly fascinated with Trump. He paid a visit to Trump Tower in New York soon after Trump was elected president in 2016, and his Tweets supporting Trump last week (“He is my brother. I love everyone”) won the president’s glowing approval (“Thank you, Kanye, very cool!”). At a speech in Michigan on Saturday, Trump said, “Kanye gets it,” to cheers.

“Ye vs. the People” finds West trying to offer a fuller explanation for his stance, but T.I.’s incredulity remains unshakable. In the end, Kanye ends the debate with the equivalent of a shrug: “Why don’t we just cut the beat off and let the people talk.”

Classic Kanye: turning controversy into a marketing strategy. But at what price?

West started his career as a rapper by portraying the truth of his life: a middle-class kid from Chicago’s South Side who worked at a retail store. He yearned to win over a music industry that continually underestimated his rapping talents, even when he became a successful producer. When he finally got his shot, he made the most of it and released a string of acclaimed and best-selling albums notable for how they addressed everything from God to his own ambitions with unflinching honesty.

Along the way he distanced himself from the relatable yet needy figure exemplified on his excellent 2004 debut album, “The College Dropout.” He remained just as needy, but a good deal more remote and less relatable as he continually sabotaged himself with outrageous statements and stunts, from a long-running feud with Taylor Swift to a mid-concert meltdown that abruptly ended his 2016 tour.

Yet in the risk-taking equal-opportunity offender category over the last week, West had nothing on comic Michelle Wolf. At the White House Correspondents Dinner, Wolf shredded not just Trump and his minions, but the Washington media corps itself for exploiting and profiting from its Trump coverage. She didn’t make many friends in that room, but that wasn’t the point. A key component of great comedy, and great journalism, music and art for that matter, is about telling the truth, even when it makes everyone else uncomfortable, even when it could make an artist less popular.

West has always played on that tension between provocation and promotion, truth and outrage. Has he gone too far this time? Does he care? Lyrics in the final verse of “Lift Yourself,” another, less consequential song released the same day as “Ye vs. the People,” may sum up his answer: “Poopy-di scoop, scoop-diddy-whoop.”

Blog
The Weeknd announces his ‘The After Hours Tour’ and album
1,150 views

Blog
Drake breaks his own No. 1 record with ‘Care Package’ compilation
1,671 views

Blog
African-Americans made R. Kelly soar. They always had the power to bring him down.
882 views