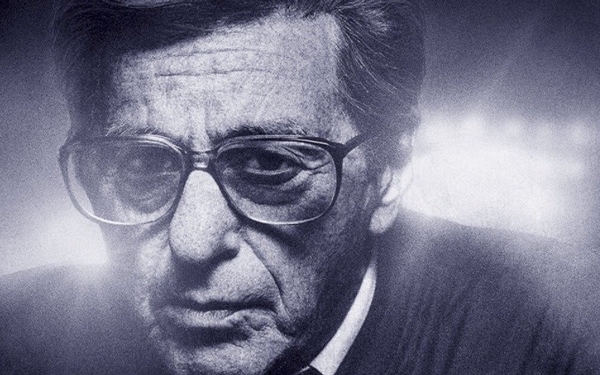 It is a very slow week for new DVD releases, but what’s available ranges from a strong tale taken from the headlines to a laugh-filled trip back in TV time.

“Paterno”; 3 stars: Even a very familiar story can be interesting with the right casting, as is the case with this HBO original film. Al Pacino turns in one of the best performances of his career playing legendary Penn State football coach Joe Paterno. It’s his work that drives the story, which had been played out so completely in the press in 2011.

Pacino plays Paterno during the aftermath of his assistant coach Jerry Sandusky’s sexual abuse scandal. After becoming the winningest coach in college football history, Paterno must find a way to deal with how these horrible events were taking place without his knowledge. It is the story of a how a person can be so blinded by their professional passions that they miss the obvious.

The film was co-written and directed by Barry Levinson, who makes the production work not because it is a rehashing of the familiar elements surrounding the case, but because the tale unfolds through Paterno’s viewpoint. It’s a powerful story of a man whose amazing professional legacy comes under fire. And, Levinson gets the perfect performance he needed from Pacino to do that.

“Paterno” will be available for digital download starting May 7.

“Rowan & Martin’s Laugh-In: The Complete Fourth Season”; 3.5 stars: Even for those who lived through the ’60s, many of the political jokes in this free-form comedy series will seem very dated. But, the core strength of the show reaches any generation as the series embraces slapstick humor with a passion.

Hosted by Dan Rowan and wisecracking co-host Dick Martin, “Laugh-In” goes for laughs through a barrage of skits and jokes that are edited together at a rapid pace. And the humor is always on the absurdist level such as having Sammy Davis Jr. and Wilt Chamberlain in a boxing match. Other sketches include Art Carney as the Masked Lobster looking for work and Ernestine (Lily Tomlin) ringing up Aristotle Onassis and Gore Vidal, whom she queries about Myra Breckinridge.

Along with all the laughs and star power come bonus features that include interviews with Lily Tomlin and Arte Johnson.

ALSO NEW ON DVD MAY 8

“Saving Private Ryan”: The Tom Hanks film is being released on 4K Ultra HD/Blu-ray to mark the 20th anniversary.

“Human Flow”: A year in the life of refugees is documented by director Ai Weiwei.

“Ackley Bridge: Series 1”: The lives of teachers, teenagers and families collide in a small Yorkshire town.

“Batman Ninja”: Batman — along with numerous allies and enemies — are thrown back in time to the feudal era of Japan.

“The House That Dripped Blood’: Scotland Yard inspector’s search for a missing film star leads him to a haunted house.

“Black Panther”: The blockbuster film regarding T’Challa (Chadwick Boseman), an African prince who takes on the role of king and super hero will be released on Digital HD on May 8. It will available on Blu-ray and DVD May 15.

“Strike Back: The Complete Fifth Season”: The new members of Section 20 take over in this Cinemax series available to download May 7. It will be released on Blu-ray and DVD on Aug. 14.