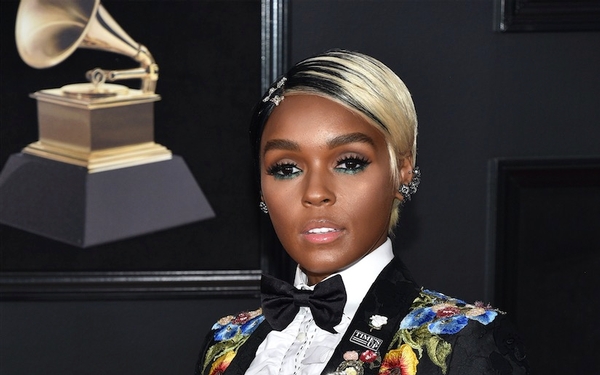 Janelle Monáe rarely goes more than a few minutes on her new album, “Dirty Computer,” without evoking the hardship and injustice that color the American experience for so many.

Police violence, pay disparity, legislative malfeasance — they’re all part of a project whose sci-fi-inspired title summons an imagined near-future state in which nonconforming androids are “cleaned” of their “bugs.”

Yet the spirit that animates “Dirty Computer” isn’t one of fear or even outrage. Instead, the third studio album by this adventurous R&B singer plays like an outright celebration — a warm and vibrant tribute to the marginalized people, especially women and those with fluid ideas about gender and sexuality, whom Monáe sees as the true embodiment of America’s promise.

“Young, black, wild and free,” the narrator describes herself in “Crazy, Classic, Life,” while “I Like That” deploys a vivid metaphor for a proud misfit’s position: “I’m always left of center, and that’s right where I belong / I’m the random minor note you hear in major songs.”

Even “Screwed,” about all the trouble politicians and businessmen have put us in, finds reason to be hopeful in a clever (and unprintable) double-entendre that hints at the liberating potential of love.

Much has been made of Monáe’s mentorship by Prince, and indeed, the late musician’s influence crops up throughout “Dirty Computer,” as in “Make Me Feel,” with its trebly guitar à la “Kiss,” and “Americans,” which opens with stately church organ — very “Let’s Go Crazy” — before jumping to life with a peppy new wave groove.

But in its deep sensuality and its disregard for old binaries, “Dirty Computer” also reminds me of Janet Jackson’s “The Velvet Rope,” from 1997, on which Jackson discarded the more formal presentation of her earlier work to offer a radically complex vision of black womanhood.

“Let’s reintroduce ourselves from a free point of view,” Monáe sings tenderly in “Don’t Judge Me,” not long after she delights in “Pynk” about a place “beyond forest and thighs.” (In an interview this month with Rolling Stone, the singer revealed that she identifies as pansexual.)

Monáe’s album shares the stylistic breadth of Jackson’s as well. “Dirty Computer” moves from crisp, uptempo pop-funk numbers like “Screwed,” which features Zoë Kravitz, to trippier psychedelic-soul jams like “So Afraid” and the title track, which sports layered vocal harmonies from none other than Brian Wilson. “Pynk” is a collaboration with electronic pop artist Grimes; “I Got the Juice” has Pharrell Williams rhyming “freak scene” and “wet dream.”

And then there’s “Django Jane,” a throbbing hip-hop cut in which Monáe raps ferociously about the need for women to be heard in a patriarchal culture. “Hit the mute button,” she advises all mansplainers, “Let the vagina have a monologue.”

Though it follows the form of a classic dis track, “Django Jane” feels in some ways like the most personal song on “Dirty Computer”; it’s full of little flashes of detail from Monáe’s life, including her upbringing in Kansas City, Kan., and her recent turn to acting with acclaimed roles in “Moonlight” and “Hidden Figures.”

That’s not something we’ve always gotten from Monáe, who on previous records took on the guise of a robotic alter ego — and indeed does so again in a new short film, also titled “Dirty Computer,” that follows one of those nonconforming androids as it’s hauled in for cleaning.

In the movie, which Monáe calls an “emotion picture,” videos for the album’s songs are presented as memories being systematically wiped from the robot’s hard drive. Which is a way, of course, of reestablishing the art-school remove we’ve come to expect from her.

Except the actor playing the android’s love interest is Tessa Thompson, who’s widely rumored to be in a romantic relationship with Monáe. That casting decision, like the biographical stuff in “Django Jane,” seems crucial to how we should hear this impressive and heartfelt album.

She’s not just singing in honor of individuals who’ve been othered. She’s singing as one — and with a determination to open small minds.