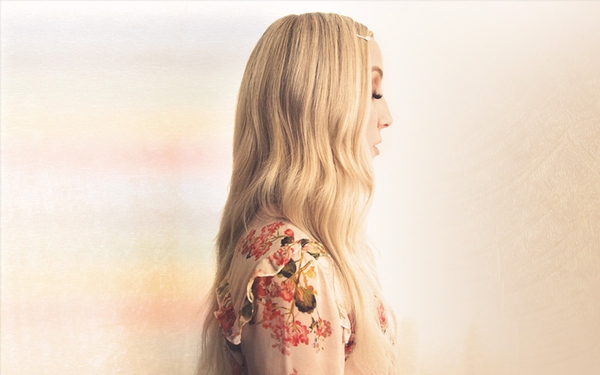 The sparrow in the title of Ashley Monroe’s new album surfaces in the first line of the first song, “Orphan”: “How does a sparrow / Know more than I / When the mother is gone / It knows how to fly / With no direction / Finds wings on the wind.”

As one of the brightest young talents in country music, on her own and as part of the Pistol Annies with Miranda Lambert and Angaleena Presley, Monroe has already found her wings as an artist. And here, as her peer Kacey Musgraves just did with her beguiling new “Golden Hour,” Monroe uses those wings to soar beyond the bounds of her previous work and even what is considered country. You won’t find one steel guitar or honky-tonk lament here. Rather, she and producer Dave Cobb have crafted a sound defined more by piano and cello as well as other strings. And they use it to enhance, not sweeten, the cut-to-the-bone nature of the songs, from the seductive longing of “Hands on You” and “Wild Love” to the hard truths confronted in “Hard on a Heart,” “Mother’s Daughter,” and “I’m Trying To”: “How long do you try / Before you let it die?”

For all the scarred experience that underpins much of the set, Monroe ends on upliftting notes that don’t feel forced. On “Daddy I Told You,” she returns to the theme of flight: “Daddy I told you I was gonna fly / I’d get out of that town alive.” And on the closing “Keys to the Kingdom,” she nods to the healing power of music, a power she has so adroitly harnessed herself: “I was handed keys to the kingdom / I was given a haunted guitar / And I heard it sing / Every song it ever wrote and then some. — Nick Cristiano

“It’s getting hard to watch my pals check out, it cuts like a worn-out knife,” Willie Nelson sings on the title cut of Last Man Standing, which is either his 67th or 73rd studio album, depending on whom you ask. “One thing I’ve leaned about running the road is ‘forever’ don’t apply to life.”

Like last year’s “God’s Problem Child,” which also included all new songs co-written by producer Buddy Cannon (often with lyrics composed via text message), “Last Man Standing” contemplates mortality from a wry perspective. “I don’t want to be the last man standing,” Nelson, who turned 85 on Sunday, sings. “On second thought, maybe I do.”

With his road band augmented on a sprightly set of honky-tonk workouts and jazz-inflected ballads by studio ringers such as Alison Krauss (who sings and plays fiddle), Nelson remains a great sui generis singer and phrase-maker. He’s up for adventure on the rollicking “Ready to Roar” and subtly suggests now is the time for political engagement on “Me and You”: “I had a friend I used to talk to, we used to both sit on the fence,” the sage country singer sings. “But anymore I can’t relate to him, ’cause he ain’t got a lick of sense.” — Dan DeLuca

“In the Rainbow Rain”

Will Sheff rebooted Okkervil River with a new band for 2016’s lush “Away,” and he uses the same players on the new “In the Rainbow Rain.” The sound is expansive, more reliant on keyboards, sax, and gospel-like female backing singers than on the electric guitars and brooding melodies of his past. At times, its echoes of ’80s rock recalls Philly’s War on Drugs at their most leisurely (“Pulled Up the Ribbon,” “Family Song”). The style suits these open-hearted songs.

Sheff is a versatile and precise writer. In the opener, “Famous Tracheotomies,” he catalogs surgeries — his own, Gary Coleman’s, Mary Wells’, Dylan Thomas’ and Ray Davies’ — and ends with an instrumental allusion to “Waterloo Sunset.” “External Actor,” about a search for “moments of opaque-eyed, knocked-down rapture,” is full of rapid-fire tongue-twisting wordplay. At heart, “In the Rainbow Room” is about finding the confidence to believe in love and family in the face of doubt and disillusionment. It’s a balm. — Steve Klinge