James Cameron has always been a sci-fi guy 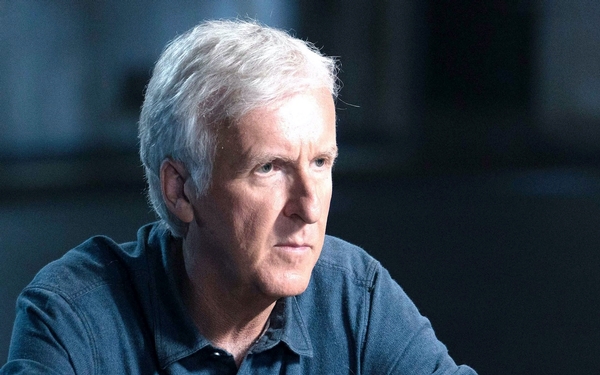 While he was always fascinated with science fiction, filmmaker James Cameron never dreamed he could take part in it.

“I don’t think I saw it as a life calling because it just seemed so impossible that a kid growing up in a little rural village in Canada of 1,200 people could go to Hollywood and actually make movies,” says the guy behind such behemoths as “The Terminator,” “Avatar” and “Aliens.” “I hadn’t made that cognitive leap yet.”

That giant leap happened when he moved to Los Angeles at 17. “Then I had a bunch of different jobs, all blue collar jobs, while I was putting myself through college and then afterwards. And at a certain point, I just thought, ‘I’m wasting my life,’” he says.

He was already in his late 20s, and wasting his life was not an option for the ambitious Cameron. “I thought, ‘If I’ve got all of these ideas and all of these images, I’ve got to get them out.’ So I quit my job as a truck driver, and I started making a film. So I was kind of late to the party.

“The Steven Spielbergs of the world are usually in the saddle, directing their first picture in their early 20s, and I was a little bit later.” Yes, he was an aging 30 when he finished “The Terminator.”

“That was my first movie. I wish I had done it earlier, but on the other hand, I think whatever path it was, worked out because I needed to live some life. I needed to, I think, just experience day-to-day life as a kind of, blue-collar guy, maybe train my ear to the sound of dialogue as a writer,” he says.

“I think my people are more accessible, more realistic as a result of that. I think there is a mistake in coming fresh out of film school having experienced nothing but film. Now anything that you have to say is going to be a reference to another film somebody else has made. So I do think there’s something to be said for going out and living life and having some experience first before you start to comment on it.”

Commenting on it is just exactly what he’s doing now with his new six-part documentary series, “James Cameron’s Story of Science Fiction,” airing on AMC.

Cameron explores the creative minds of people like Steven Spielberg, George Lucas and Ridley Scott. The series will unearth the roots of science fiction and trace the steps of the people who nurtured it into high art.

The passion for the imaginative always begins early, says Cameron. “Growing up on a steady diet of science fiction as a kid and reading space travel stories of landing on other planets and so on, I made the cognitive leap when I was about 16 that I probably was never going to get to be an astronaut, to go to another world, but I could certainly visit the closest thing to an alien world that we have here on Earth, which is the ocean,” he says.

“So I learned to scuba dive, and that sent me down the path ultimately to being an explorer as well. And I think that’s a perfect example of how science fiction actually inspires people to go out into the real world and explore or innovate. I guarantee you that the space scientists, the people that are working at JPL (Jet Propulsion Lab) operating robotics on the surface of Mars or out at Saturn or at Jupiter, they were inspired by what they read and what they saw as kids in science fiction,” he says.

“I was at Jet Propulsion Laboratory recently and saw a helicopter flying in the near-vacuum attenuated atmosphere of Mars inside a big thermal vacuum chamber, a helicopter. I guarantee you, the person that thought of that was a science fiction fan.”

When Cameron first started, he worked with producer Roger Corman, who was known for low-budget, quickie movies and whose studio was located in a lumber yard in Los Angeles.

“Working for Corman, you learn how to do a lot with a little,” he smiles. And I kind of famously populated the walls of a spaceship interior with McDonald’s fold-out Styrofoam breakfast trays. If you line them all up kind of with a chalk line, they actually … kind of looked like a Vacuformed wall section. So you learn to improvise. And I’m sure that was true back in the ’50s and through the early ’60s for the science fiction shows that were on television.

“They had no budgets for visual effects, and visual effects weren’t that good. So even when you had some money, they are still pretty cheesy by present-day standards.”

But present-day standards can be an impediment, says Cameron, 63. “The question is: Are we letting our visual imaginations overwhelm our emotional artistic expression? I try not to do that. I think some films do. Other films don’t. I don’t think it’s an either-or question,” he says.

Recently, he thinks, some of the projects have stressed lower budgets, but higher sociological impact. “(They) ask very profound questions and often hold up a mirror to society. I’ll give you a good example: ‘The Handmaid’s Tale,’ which was obviously about women’s roles and rights in society and so on, taken through the lens of a kind of totalitarian, fascist state — that’s pure science fiction. But it’s completely sociological. There were no spaceships, robots, very little in the way of visual effects, but it’s pure science fiction. So science fiction, as a term, casts a very broad net.”

CBS’s “Code Black” is back saving lives at Angels Memorial Hospital. One of the show’s primary assets is Marcia Gay Harden as the overworked chief ER physician. Harden, who has toiled in all aspects of show business, says the secret to constantly working is being an upright person.

“Creative genius is no excuse for mistreating your fellow man,” she says. “And I think a lot of people mistreat their fellow man and have no creative genius at all and end up in jail or disliked. I think sometimes people who are creative geniuses get away with more s — than other people. Even today in the acting industry you can name numerous actors, producers, directors — you name it — the people who are at the top of their game and in demand, some of those people possibly also are abusive to other people. And for a little while, that small set gets away with it. But by and large I don’t think they do … I don’t think that’s a trademark of the industry. I think the best thing is to be good and get along with the next guy, the partner you’re working with, your colleagues. And make the day a better day.”

KEVIN SMITH’S STANDUP DUE ON SHOWTIME

Fortunately Smith is recovering and “Kevin Smith: Silent but Deadly” will air on Showtime May 11. Smith says he first got the idea of making a film from director Richard Linklater. “There was a film I saw called ‘Slackers,” Richard Linklater made in Austin. It was a movie about nothing in particular. It followed, like, a bunch of people around the city … there was no plot. You’d hang out with one character for five minutes, that character leads you to another character. The first character would go away and you would go off with the second character. They would lead you to someone else, a real, day-in-the-life of Austin.

“If there was any real lead character it was the city of Austin. I see this film, and it changes my life. ‘Cause I’m like, ‘This, this counts?’ Like, ‘If this counts, I think I could make a movie because this guy is telling a story about nothing in particular.’ I was 21. I saw it on my 21st birthday.”

Grylls tells me he inherited his derring-do from his father. “It was such a big part of my upbringing, really. I was brought up doing this sort of stuff with my dad, not only the climbing, but he was really into the survival stuff and the outdoors. But I think as a really young kid, it was my way of being close to him — more than climbing and learning how to make shelters and stuff. That’s the world I was brought up in.”