RBG is the superhero movie we didn't know we needed 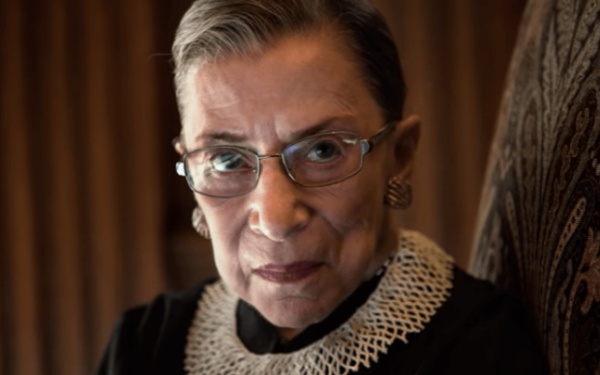 For over two decades now, Ruth Bader-Ginsburg has served on the highest court in The United States, fighting for the rights of the marginalized and unheard. For over two decades before that, Ruth Bader-Ginsburg represented the marginalized and the unheard in cases that were brought before that very same high court, ensuring that injustices that have been ingrained in American law, but not questioned, finally come under scrutiny--sometimes for the first and last time. Ruth Bader-Ginsburg is a Supreme Court Justice, the second woman to earn that title, but while newer generations may simply know her as a spitfire dissenter that the Internet loves to memefy, RBG, the latest documentary from directors Julie Cohen and Betsy West, begs you to understand just how essential she is to our modern understanding of equality and freedom.

The documentary begins at a pivotal moment in both RBG and America’s history: her Supreme Court confirmation hearing in 1993, where she paints a decisive picture of her own struggles as a woman pursuing law in the 50’s, as well as giving the committee a taste of the controversial issues she has little fear in confronting while sitting on the bench. She leans into the graces of her liberal counterparts and knowingly challenges the conservatives searching for anything to mark against her. But then, she eases back, smiles, and begins to talk about the man sitting behind her: her husband Martin “Marty” Ginsburg.

While directors Cohen and West could have spent the entirety of RBG detailing her legal exploits, accomplishments, and failures, they make sure to spend time recounting her history, before she became an unofficial hero of the Internet, and certainly before women had found a major voice in the staunchly male chorus of the legal world.

Marty Ginsburg met Ruth Bader at Cornell Law School, where it was readily clear that women, while allowed to attend the university, still didn’t have much of a platform to speak their mind. Ruth, however, managed to shake that expectation, however, and Marty was instantly drawn to her quiet confidence and manner of wits. Marty continuously put Ruth’s burgeoning career ahead of his own--something almost unheard of at the time. Through numerous testimonials from other lawmakers and friends, we realize that theirs was a true love that undoubtedly gave room for the success of the other, instead of envying or stifling it. This somehow makes RBG even more of a superhero.

“Being a woman was an impediment,” RBG explains. This is merely one of the simple ideas that as one of nine female law students at Harvard, as a practicing lawyer in the 70s, and well into her current days as a Supreme Court Justice, RBG has managed to interject into the realities of the white men who mostly make up America’s judicial system. When the doc begins to focus on the specificities of her law career, we are reminded of the savvy with which she moved through the often-impossible waters of Washington. Cohen and West decidedly integrate politicians from both sides of the aisle to weigh in on the effectiveness of her character, her mind, her strategies. Hearing intimate stories of RBG and infamously hard-to-like Justice Antonin Scalia being close friends is a wild and refreshing ride.

Perhaps in one of the most poignant and telling moments, however, is when, after detailing her strong opinions in favor of a woman choosing abortion, Republican Senator Orrin Hatch notes that while their political differences are numerous and plentiful, he cannot deny that her voice is needed on the Court. This kind of exchange almost seems surreal by the standards of our current political landscape, where bipartisanship seems but a naive pipe dream, and it’s actually in that evolution from RBG’s early days on the Supreme Court to today’s climate that her role has changed drastically.

All of RBG’s recounting and history leads us to a new millennium and to a very different situation on The Supreme Court. Once George W. Bush was elected President, and new conservative Judges were appointed to the Court, RBG was suddenly pushed further to the left of her colleagues. More and more decisions were made that left RBG with no choice but to write dissenting remarks, where she voiced disappointment in the rulings rather than guiding them. While she notes that dissents have a certain power to turn into laws, like the equal-pay case Ledbetter vs. Goodyear (2007), Ruth Bader-Ginsberg has been forced to go on the defensive rather than the offensive. She has become the echoing voice of our failing Judicial system.

It’s these dissenting remarks that have taken the millennial generation by storm, leading to the dubbing of her nickname “The Notorious RBG,” where she suddenly becomes a merchandisable and memeable product. As her granddaughter and fellow lawyer Clara Spera notes, it all seems kind of silly, and that objectification might very well be belittling the fight that it actually requires to see her words through.

What I think is a testament to Cohen and West’s documenting of RBG’s life and career, however, is showing how she functions in this wildly turbulent current administration. She may have made a taboo remark about then-candidate Donald Trump, candidly announcing her disdain for his lack of qualifying characteristics, but look at how unworthy of an opponent he is compared to the trials she faced 70 years prior. RBG traces the life of one of the most powerful lawyers, judges, and women in U.S. history, and ends on, in some ways, an uncertain note. It’s certain that she will continue to fight for those who need it most, but who will take up her cause when she steps down? Voices of reason are hard to come by nowadays, and while that may be a hard fact to swallow, it’s a pleasure to watch a superhero at work in some of our darkest days. And so we march on, looking up to the sky for more hope to fly by.