The Seagull: a Chekhov play finds new life on screen 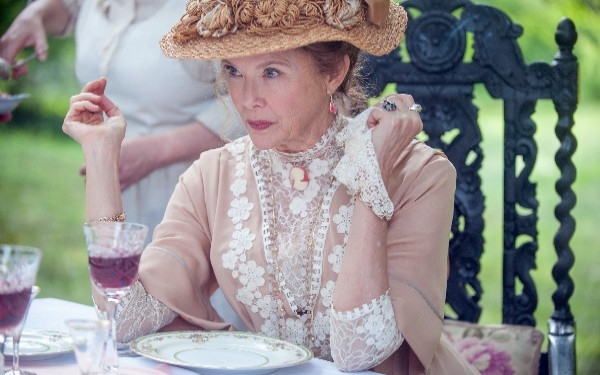 More than once during his short, yet astounding career, Russian playwright Anton Chekhov pledged to never write another play. Criticism of his subtextual and modern style of writing made him believe that his efforts were being wasted on the classically-trained audiences of the time. The Seagull was one of these plays that drove Chekhov to theatrical silence for over two years, that is until 1898 when legendary theater director Konstantin Stanislavsky revisited the text and saw a potential that even Chekhov had missed: that in order to bring The Seagull to life on stage, one needed to rethink how characters express themselves with silence and space. Suddenly, in the blink of an eye, the new age of modern theater was born and Anton Chekhov found his voice. Over a century later, with it’s first and rather striking film adaptation, we may be able to argue The Seagull was always destined for the screen, with Chekhov just a century behind his own illustrious screenwriting career.

Taking the helm of this new take on an old production is Tony-Award-Winning director Michael Mayer (Spring Awakening, American Idiot), someone who, like Stanislavsky, recognized the potential in The Seagull’s ability to push and pull a big ensemble through an isolated space with immense amount of emotion and comedy. Thanks to a particularly stellar cast, led by the magnetic Annette Bening (American Beauty, The Kids Are All Right), the plot’s tangling of relationships and ego fall together effortlessly, with plenty of laugh-out-loud moments to spare.

The story begins in the fourth act, a choice by Mayer that instantly transfixes us on the closeness of his characters. They’ve been through something, and we’ve missed it, but now we are here. This is a clever move, especially for a film that takes place entirely in one place, where the characters are constantly at each other’s side, for better or for worse. He wants us to know now, not later, how much they mean to each other.

Mayer then zooms back to show us where we will be setting up camp for the next 98 minutes: a beautiful lakeside estate in an anonymous Russian countryside where a group of friends, comprised of outspoken intellectuals and creatives, gather for a summertime getaway. Always in the center of things is Irina Arkadina (Annette Bening), one of Moscow’s most prestigious stage actresses who remains increasingly in denial about her age and whose arrogance knows little bounds. The group’s shape conforms to her will, ebbing and flowing in response to her ego that day. As you might guess, people have their limits.

Her son Konstantin (Billy Howle), for example, by no means wants to be a part of her legacy, though he does want her to know that, and so he puts on a play. It doesn’t abide by the rules of her classical theater background--sound familiar?--and pushes for change and progress in the art world. He casts his naive, but tender girlfriend Nina (Saorise Ronan) as the star and his friends to help with his DIY production. Irina’s friends gather in the woods surrounding the estate to witness what he’s been painstakingly preparing for months.

In the audience, along with his mother; are Masha, played by a wonderful Elizabeth Moss, a self-deprecating woman clad all in black who desperately wants to earn Konstantin’s love, despite his constant rejection; Sorin (Brian Dennehy), a man ceaselessly regretting how he’s spent his days in the government, but seems complacent to live vicariously through the success of his companions; and then there is Boris Trigorin (Cory Stoll), a famous author and also Irina’s younger lover who, it becomes increasingly clear, is just as much a target of Konstantin’s disapproval as his mother. Konstantin’s play is supposed to prove that both are of a bygone creative era. What it actually proves, however, as shown by Irina’s derisive heckling, is that Konstantin is merely a boy with pretension who is not ready to create.

Konstantin’s failure kicks off a wild web of broken hearts, betrayal, ruminations between old friends, and deep, dark longing. It’s the longing that The Seagull so profoundly explores, for all of its players are struggling with it on various levels. Nina, for example, sees in Boris a true example of success and fame--a destiny, until now, unimaginable for herself. Boris sees in Nina an innocence and invigoration of youth that he hasn’t been able to experience through Irina. And so they fall in love, not with each other, but with ideas of each other. We can imagine the tragedy--and the comedy--that comes with that.

The Seagull is full of such classical storytelling devices, however outfitted in a way that makes it seem still anew and often surprisingly funny. We can probably attribute this to the pairing of Matt Lloyd’s cinematography and production designer Jane Musky’s familiarity with the location (the estate was a vacationing spot of her family’s) that brought such fresh life into this small world filled with big, combative personalities. It is astonishing that Mayer was able to capture this tango of players in a mere 21 days of shooting, because the film is thoroughly comfortable in its own skin, allowing us to breathe in its beautiful space as the people crumble within it. While some fans of film may not see a sparkle that sets The Seagull apart from the rest, there is plenty of magic to make this adaptation truly worthwhile. I mean, c’mon. Annette Bening.