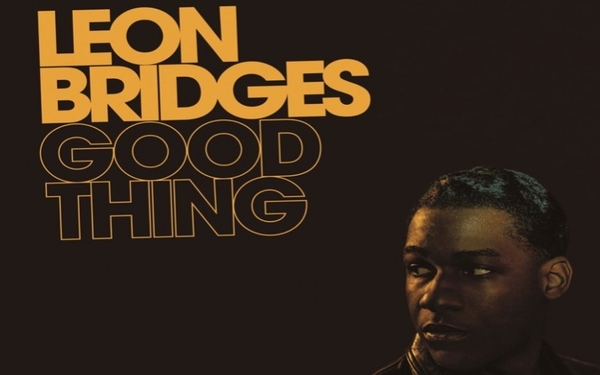 It was hard to avoid the Sam Cooke comparisons with Leon Bridges’ engaging debut, 2015’s “Coming Home.” Even the handsome young singer’s wardrobe was stylishly vintage. For this follow-up, however, the Texan has decided to go far less retro.

Not that it all works. “Lions,” for one, falls flat with a halting rhythm and a half-baked metaphor, and the love ballads veer too close to the generic.

“Good Things” does contain welcome echoes of the more organic musical approach of “Coming Home.” They include “Beyond” and the set-closing “Georgia to Texas,” a spare but evocative coming-of-age ballad. And there’s also the swinging, horn-accented “Bad Bad News,” on which Bridges seems to be delivering a message to those who might not like the turn he’s taking, and also telegraphing his ambition: “Why you trynna hold me back / I’m just trynna move up front / Lil more of this, lil less of that / … I’m tired of being in the back.” — Nick Cristiano

Van Morrison is feeling frisky. The 72-year-old Northern Irishman’s third album since September is also the best of the trio. After recording last year’s “Roll with the Punches” and “Versatile” with his road band, the Celtic soul man surprises by recording this set with Philadelphia jazz organist Joey DeFrancesco and his sterling quartet, which includes guitarist Dan Wilson, drummer Michael Ode, and sax man Troy Roberts.

The 15-cut, 72-minute big bang for the buck session was cut in only a few days, and though it has a breezy, improvisatory feel, it’s anything but tossed off. The repertoire mixes a handful of tunes from Morrison’s vast catalog, such as “Have I Told You Lately” from 1989’s Avalon Sunset and “The Way Young Lovers Do” from 1968’s Astral Weeks, with jazz and blues classics such as Cole Porter’s “Miss Otis Regrets” and Guitar Slim’s “The Things I Used to Do.” Morrison is fully engaged with the task at hand and feels right at home with veteran Hammond ace DeFrancesco, who shines new light on the aging legend’s “Evening Shadows” and digs down deep to nudge Morrison to downright jaunty yabba-dabba-do-ish flights of fancy on the penned-in-1930 title cut that’s been recorded by Billie Holiday, Frank Sinatra, and many others. Both singer and organ player sound like they’re having a great time. — Dan DeLuca

For a band that traffics in ethereal and gauzy dream pop, Beach House also have a literal, rigorous side. Last year, the Baltimore duo of Victoria Legrand and Alex Scally released the truth-in-titling B-Sides and Rarities; now comes their seventh set of new material, 7, whose 11 tracks bring their released-song total to 77. The album slightly adjusts the band’s focus: self-produced with help from Spacemen 3’s Sonic Boom (Peter Kember), it’s a bit weirder and more complex around the edges than heavily reverbed albums like 2010’s “Teen Dream” and 2012’s “Bloom,” and its rhythms are sharper (often courtesy of their touring drummer, James Barone).

Guided by Legrand’s lovely vocals, the lyrics focus on beauty that is either decaying or threatened. A few tracks drift gently and passively, but many others build to something dramatic, whether in the layered voices of “L’Inconnue,” in the cathartic guitars that explode midway through “Dive,” or in the gorgeous choruses of the synth-pop ballad “Woo” and the forceful “Last Ride.” — Steve Klinge