Kyle is a different kind of West Coast rapper 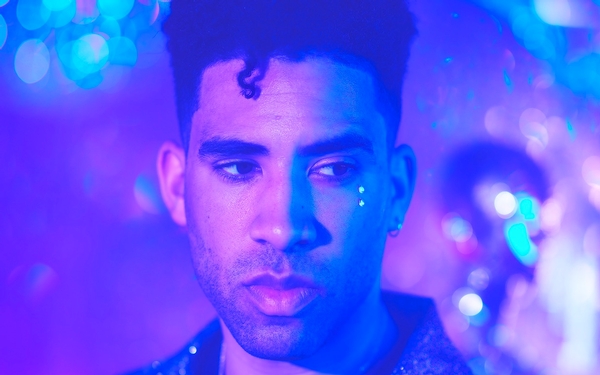 As he stood on a hill overlooking a residential neighborhood in the laid-back coastal town of Ventura, Kyle Harvey stretched out his arm on a recent afternoon and pointed at a spot a few hundred yards away.

“You see that gray cement wall? That was my house right there,” said the young hip-hop star known to his fans by his first name alone. “Every idea I ever came up with I had on that wall, pacing back and forth, looking out at the ocean and the islands and stuff.

As cheerful in general as his bubbly 2017 hit “iSpy” would suggest, Kyle seemed to sadden a bit as he took in the view — which was understandable, given that his thinking spot was all that remained of his old home after it burned to the ground along with dozens of others in December’s Thomas fire.

He knows he had it easy. Unlike some of his friends still living in the area, Kyle (who left Ventura for Los Angeles a few years ago) lost only an emotional connection in California’s biggest blaze.

But that connection matters deeply to an artist whose work is a clear product of his background.

His voice carries the beachy twang of a chilled-out surfer dude. His sense of humor was shaped studying drama at Ventura High School. And his songs reflect an essential middle-class optimism about pursuing one’s dreams.

The result is a novel species of West Coast rapper, one not reaching toward the established archetypes that have solidified in the three decades since Compton’s N.W.A put Southern California on the map.

Kyle, 24, isn’t an outraged surveyor of inner-city hardship (like Ice Cube) nor a stylish gangland raconteur (like Snoop Dogg). And though he admires Kendrick Lamar as much as every other member of his generation, Kyle’s breezy pop-rap shares little with Lamar’s weighty of-the-moment moral philosophizing.

“There are all kinds of places here, and they all have their own cultures and their own people who think and act a certain way,” he said. “I just want to show people that we’re not all what somebody else thinks we’re supposed to be.”

He’s already made impressive headway. “iSpy,” in which he raps in his signature SoCal accent about looking for dates on Instagram, has racked up more than half a billion plays on YouTube and Spotify — good enough to score a slot on the main stage at last month’s Coachella festival, where he crowd-surfed on an actual surfboard.

Now, after a string of popular independent releases, he’s set to put out his major-label debut, “Light of Mine,” on Friday and spend the summer opening arena gigs for the Grammy-nominated Logic.

Emmanuel “E-Man” Coquia, music director at L.A.’s Power 106 FM, said that Kyle’s success with such a fun-loving sound demonstrates how dramatically hip-hop has broadened since the genre’s early days. Yet he was quick to add that it’s the specificity of Kyle’s approach that’s endeared him to listeners.

“He’s sharing his thoughts and experiences as this young kid from a beach town,” Coquia said of the rapper who was scheduled to perform this past Saturday alongside N.E.R.D. and ASAP Ferg at the radio station’s Powerhouse concert in San Bernardino. “He’s living the culture of hip-hop in his own unique way.”

As central as Ventura feels to Kyle’s worldview, the city’s role in his life came about more or less by chance.

He grew up in Reseda in a cramped house as part of an extended family of eight that included his maternal grandparents.

Kyle’s grandfather worked for a man named Walter Spengler, who owned a hotel on Ventura Boulevard in Sherman Oaks, according to the rapper, and when Spengler died, he left the hotel as well as a home in Ventura to Kyle’s grandfather.

“We were broke as hell in the Valley,” said Kyle, who was 12 at the time. “But after that it was like we were moving on up to the Eastside.”

Which isn’t to say the sudden change of environment was easy. “Total culture shock,” Kyle said of being one of the few black kids in a predominately white high school.

“The first thing they tried to do was sign me up for basketball,” he recalled with a laugh over lunch at a pizza joint near his old neighborhood. When Kyle said he wasn’t interested in basketball, the school called in the football coach.

“I was so small and scrawny and unenthusiastic about it, but this dude thought he was looking at Barry Sanders.”

What Kyle was interested in was theater, which he’d been introduced to briefly at Northridge Middle School. In Ventura he “jumped in,” he said, and soon he was performing with an improv troupe every chance he got.

Acting eventually led to rapping. Kyle recorded songs in his room — one of his first local hits was a dis track, modeled on Wiz Khalifa’s “Black and Yellow,” that took aim at a rival high school — and regularly pestered the staff of the Majestic Ventura Theater into letting him warm up for whichever hip-hop act was passing through.

“This place felt like Staples Center back then,” he said when we popped into the midsized venue during our ride around town. Looking over the empty room (after chitchatting with one of the owners), he appeared to get lost in his memories for a minute.

“First real fight I ever saw was here,” he recalled. “And the first time I ever got twerked on.”

Moving south was a tough choice, he said, but one he had to make to keep his career advancing.

In L.A. he could network in a way that wasn’t possible in Ventura; before long he met G-Eazy, who took him on tour, and Chance the Rapper, who came over to his crummy Skid Row apartment and recorded a verse for one of the mixtapes that got Kyle noticed online.

Yet he hasn’t shaken the mellow, friendly vibe he encountered in the place he still thinks of as home. Even at its most polished — as in tuneful duets with Alessia Cara and Khalid — “Light of Mine” plays like a casual conversation with Kyle, as though you’re sitting with him up on that hilltop as he ponders his future.

“Would I have been able to sell T-shirts and have this whole community riding for me?” He shook his head.