Courtney Barnett lets modesty, empathy rule on ‘Tell Me How You Really Feel’ 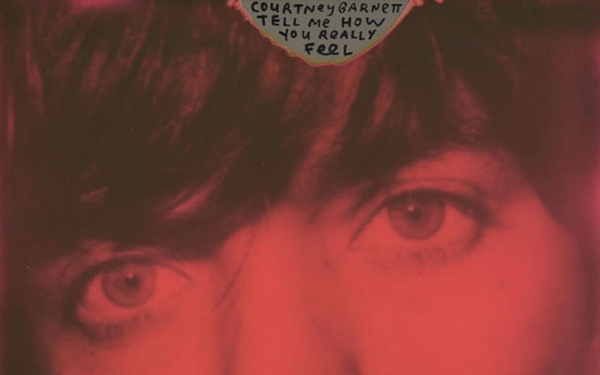 "Tell Me How You Really Feel," the new album from Coutney Barnett. (Mom + Pop Music)

Don’t say Courtney Barnett didn’t warn you. “Put me on a pedestal and I’ll only disappoint you,” she sang on her acclaimed 2015 debut album, words that were often interpreted as being aimed at her fans and a music industry that saw her as a star in the making.

That self-deprecating modesty is one of the virtues that makes Barnett’s songs feel so tangible, that bring a glint of “That could’ve happened to me” recognition. On “Tell Me How You Really Feel” (Milk/Mom + Pop), the singer-songwriter and Australian bar-band veteran doubles down on the everyday details of how people get through their day. She’s not into big statements, instead burrowing into an interior world that feels relatable to anyone who has experienced doubt about a relationship, the world or themselves.

Barnett sing-speaks as though in mid-conversation, but sharp turns of phrase punctuate her stream of conversation. There’s the humorous way that she juxtaposes the words “mother” and “mutter” in the ripping “I’m not Your Mother, I’m not Your B — — .” Then there’s the way she drops a chilling little admission such as “I hold my keys between my fingers” in “Nameless, Faceless,” about how women face the daily challenge of navigating a world that puts their physical safety at risk. Those details matter, and they give Barnett’s songs a richness that their casual surfaces may initially belie.

A stream of hooks also testifies to the craftsmanship. Barnett turns a song with a hilariously tossed-off title, “Crippling Self-Doubt and a General Lack of Confidence,” into a little pop jewel, with the Breeders’ Kim and Kelley Deal upping the catchiness quotient with their harmonies on the chorus. Understatement rules, underpinned by punchy riffs and major-key lifts in the melodies, even when she’s singing about disenchantment and doubt.

Rather than barge out of the gate on “Hopefulessness,” Barnett sounds like she’s tuning up, before settling into a riff that mushrooms into a damaged solo. When she sings, “Just get this one done / Then you can move along,” it’s as if she’s talking to herself about overcoming the writer’s block that delayed completion of the album. Then a tea kettle squeals.

That casual, homespun air prevails. The songs feel deceptively buoyant, effortless, whether it’s the rock clarity of “Charity” or the low-key consolation of “Need a Little Time.” As with her brilliantly off-handed debut album, “Sometimes I Sit and Think, and Sometimes I Just Sit,” Barnett isn’t necessarily trying to reinvent rock with her songwriting. Instead, she strives to reveal something about herself within the context of relatively straight-up verse-chorus songs. Her playing is rarely flashy, but it is devastatingly efficient, a procession of riffs, fills and sculpted feedback that stamps her as a – here’s that word again – modest master of rock guitar.

In “City Looks Pretty,” the narrator battles homesickness, only to find she feels just as alienated when she finally does come home from a long stretch on tour (“Friends treat you like a stranger and strangers treat you like their best friend”). Yet there’s no way to deny the way she locks into a groove, and then lets it drop for a dreamily wistful outro.

It epitomizes an album that’s all about empathy, the small gestures that help people muddle through when they’re down. It all comes full circle on “Sunday Roast,” a bookend of sorts to the opening “Hopefulessness.” It’s a quiet celebration of friends coming together for a dinner where they can let their troubles slide away for a couple hours. When she sings, “And I know all your stories, but I’ll listen to them again,” you’re inclined to believe her.