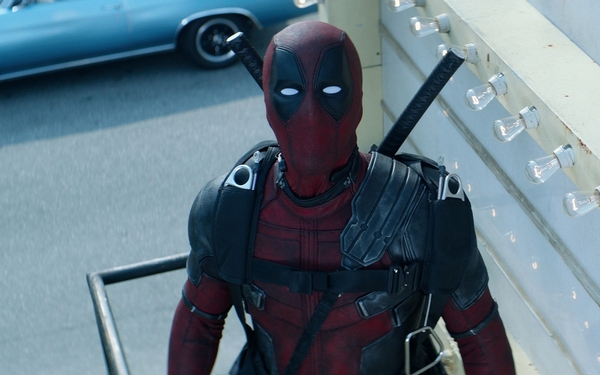 The addition of Ryan Reynolds’ name to the writing credits for “Deadpool 2” — along with Rhett Reese and Paul Wernick, who had written the first “Deadpool” movie — would have been a problem under other circumstances. You can count the number of movie scripts Reynolds has written on one finger if you count “Deadpool 2.” (And in the case of the “Deadpool” franchise, that would be the middle finger).

What keeps this from being nothing more than an actor with an inflated ego trying to get another credit is Deadpool would be nothing more than a foul-mouthed, annoying, sex-driven unlikable egomaniac without the wickedly charming wit of Reynolds. It’s not the red-and-black suit, nor the massive amount of special effects makeup that makes Deadpool come to life. It’s Reynolds. And because of that, he can ask for all the film credits he wants.

Reynolds provided a comically dangerous performance in the first “Deadpool” movie, and in the subsequent sequel, to shake up the comic book movie world. The films show it is possible to make a massively entertaining action movie that fires off one-liners faster than bullets (and there are a LOT of bullets). The crassness goes right to the edge of being completely objectionable. And the disrespect for people, places and anything in the pop culture world is spread around. It all comes together in a film that will only make about one-tenth of what “Black Panther” and “Avengers: Infinity War” made at the box office but will be 10 times more fun to watch.

A tragedy in Deadpool’s life sends him on a mission of revenge and self-discovery. This brings him in contact with Russell (Julian Dennison), a young mutant who rebels against the sadistic tactics used on him and other mutants to convert them. The film would have become “Black and Red is the New Orange” with Deadpool and Russell behind bars, except Cable (Josh Brolin) arrives from the future on a mission to change the timeline.

If your preference in a production based on a comic book character is to load up the landscape with other colorfully clad characters, “Deadpool 2” has you covered. Along with the addition of Cable, there are several members of the X-Men who join the battle. Among the new faces is Domino (Zazie Beetz), a hero who, much to the disbelief of Deadpool, has the superpower of good luck. It is fortune for fans of the genre as Domino is a character that’s strong enough to carry her own movie.

The battle sequences are so massive, it’s impossible to keep track of how many times Deadpool is killed between being blown to bits and being ripped in half. Director David Leitch has more of a background in stunts, and he uses that knowledge to make each huge showdown bigger than the previous one.

If you are looking for laughs, there is an onslaught of jokes mixed in with a lot of talk about sex. Much of the time, the humor is directed at the viewers, as the fourth wall is not only broken but pulverized and thrown in the faces of the audience members. It takes a real skill to slip in and out of that kind of mix of reality and fantasy, but Reynolds plays it with just the right tone.

No topic is off limits, from poking fun at how Brolin not only plays the bad guy in “Deadpool 2” but has the villain role in “Avengers: Infinity War” to Reynolds’ film career (the last scene is worth the price of admission). If you are offended by jokes that are aimed at race, politics, sex, religion or Canada, you should look to one of the other comic book movies instead.

One of the big surprises is during his relentless narration, Deadpool talks about how this is a movie about the F-word. No. Not that one. It is about family. That family is twisted, but there are some real moments about the need to connect. Credit Morena Baccarin, who has been amazing on “Gotham,” with using her role as the love of Deadpool’s life to give the film a brief moment of sincerity.

And it is very brief. The majority of “Deadpool 2” is a production that hits you in the gut with the action and repeatedly slams your funny bone with the often juvenile humor. That’s because the team — with Reynolds at the forefront — doesn’t hold back a single gunshot or rimshot.