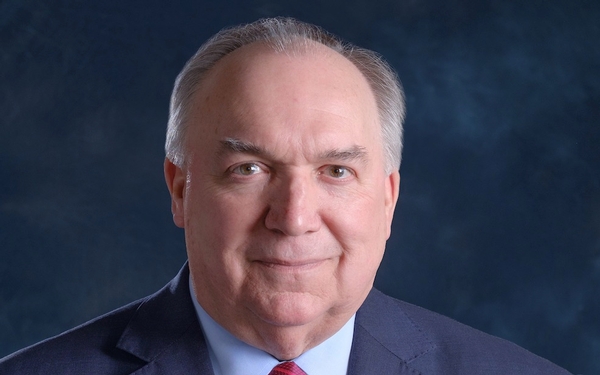 The settlement will cost the school $500 million. The school will pay $425 million now and hold $75 million in reserve in case other Nassar victims come forward.

MSU will now work on how it will pay the settlement, MSU spokeswoman Emily Guerrant told the Free Press.

Survivor attorney Jamie White said this is a chance for the women to begin to move forward.

“I don’t think they can ever be made whole, but this is a step in the right direction,” he said.

The settlement was announced Wednesday, after the Detroit Free Press published news of the settlement, following two days of closed-door mediation sessions between lawyers for the university and the survivors.

It was approved by the MSU board in a conference call Tuesday night.

“There will be no confidentiality agreements or non-disclosure agreements attached to the settlement,” according to a joint press release from the survivors and the university. “Additionally, the parties must act to address items necessary to finalize the agreement. The settlement applies to only Michigan State University and MSU individuals sued in the litigation. It does not address claims against USA gymnastics, the United States Olympic Committee, Bela and Martha Karolyi, Twistars, John Geddert or any other parties.”

Survivors’ attorney John Manly said: “This historic settlement came about through the bravery of more than 300 women and girls who had the courage to stand up and refuse to be silenced. We appreciate the diligent efforts of … survivors’ attorneys across the nation who worked to obtain this measure of justice and healing. We also thank the mediator and all who participated in crafting this settlement. It is the sincere hope of all of the survivors that the legacy of this settlement will be far reaching institutional reform that will end the threat of sexual assault in sports, schools and throughout our society.”

Robert Young, special counsel to MSU, said: “Michigan State is pleased that we have been able to agree in principle on a settlement that is fair to the survivors of Nassar’s crimes. We appreciate the hard work both sides put into the mediation, and the efforts of the mediator, which achieved a result that is responsible and equitable.”

MSU’s board also issued a statement:

“We are truly sorry to all the survivors and their families for what they have been through, and we admire the courage it has taken to tell their stories. We recognize the need for change on our campus and in our community around sexual assault awareness and prevention.

“A successful resolution to the litigation is a positive step in moving us all forward. We will continue working as a Board to address the necessary changes and improvements that are needed at our university.”

Penn State University paid out $109 million to 35 victims in the Jerry Sandusky scandal.

Nassar, accused of molesting dozens of female student athletes while he was a doctor at MSU, was sentenced to 60 years in federal prison on child pornography charges and is in a maximum-security federal prison in Tucson, Ariz. He also faces a 40- to 175-year sentence issued in Ingham County and a 40- to 125-year sentence from Eaton County, where he was charged with a total of 10 sexual assaults. Those sentences will not begin until he finishes the federal sentence.

How MSU will pay for the settlement is under careful scrutiny by parents, students, alumni and financial rating agencies.

Interim President John Engler has long said the costs will be covered by tuition and state aid. Lawmakers have said no state aid should be used.

MSU brought in $859 million in tuition revenue in 2016-17, according to its audited financial statements. That’s 29 percent of its total revenue of $2.9 billion. If MSU’s reputation has suffered from the scandal, it could see a drop in the number of students enrolling, which could lower that income.

On the other side of the ledger, the university has $1.1 billion in outstanding debt. Ashley Ramchandani, a credit analyst with S&P Global Ratings, said it considers MSU to be in good shape financially with debt and could likely add some if needed.

MSU also ended the last fiscal year with $1.1 billion in unrestricted net assets. That’s money that isn’t legally contracted to a certain project, but often is set aside for particular projects.

It’s like a family’s savings account where money is set aside for a new car, a new roof for the house and other projects. It can be switched to something else, or to cover an emergency, but that means those projects can’t be covered.

The two biggest chunks of what MSU has set aside its unrestricted net assets for are infrastructure ($557 million) and programs ($400 million).

And S&P Global Ratings, despite noting that MSU likely can take on more debt, also has lowered its outlook on the university to negative, in response to pending investigations into MSU, along with lots of turnover in senior leadership. The lowering also reflects a belief that MSU’s enrollment could drop, which means less money coming into the university. The firm said it isn’t sure how all the fallout will shake out.