People are more honest on Tinder than you may think, study says 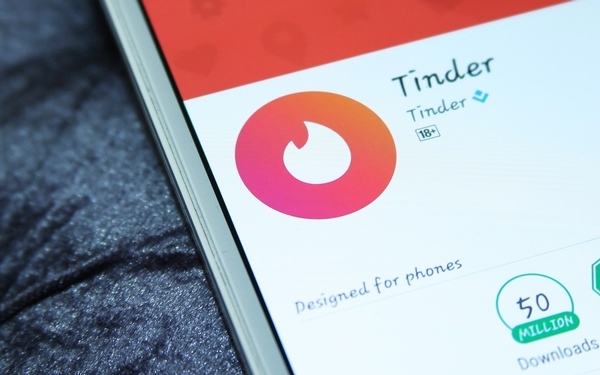 Can you really trust someone you’ve met through a screen? Researchers at Stanford’s Social Media Lab embarked on a quest to find out. (Mohamed Ahmed Soliman/Dreamstime/TNS)

With a quarter of young Americans now finding romance through online dating and mobile apps, you have to wonder — can you really trust someone you’ve met through a screen? Researchers at Stanford’s Social Media Lab embarked on a quest to find out.

“I really don’t trust anyone online,” said Leon Pham, a dating app user and UC Santa Cruz student. “How do you trust someone you just met through a right swipe?” Pham says he has embellished his own dating profile, choosing only his most adventurous photos, or told white lies as to when exactly he would arrive at a date. Generally, though, Pham has mostly encountered honest people on dating apps and thinks people are inclined to tell the truth — for fear of being caught.

David Markowitz, the study’s lead author, wanted to focus on just how honest users are with each other.

That’s why he focused on the so-called “discovery” phase of online dating, when users begin exchanging information and emails.

It’s an area of particular interest to Markowitz, who studies how deception affects language, analyzing how people lead others to believe the false statements they utter and what motivates them to stretch the truth in the first place. With the rising popularity of dating apps, he wondered how honest people are “on the app.” Moving beyond the dating profile, he wanted to know how often people lie in their actual messages with potential dates.

Suppose you’re on Tinder, swiping left and right to your heart’s delight. You swipe right on a cutie with a passion for pizza, and lo and behold, it’s a match. Now, you enter a high stakes game: the conversation between match and in-person meeting. The next few messages are make or break, carefully calculated down to the last emoji.

“It’s this period we call the ‘discovery phase,’ ” Markowitz said. “It’s a time when getting to know someone can really influence whether you’re going to take that leap and meet the person.”

So how often do people slip a few fibs into that critical conversation? Not as often as you might expect, it turns out, according to the study published recently in the Journal of Communication.

The researchers recruited 200 anonymous volunteers to turn over 3,000 of their “discovery phase” messages, including a percentage that migrated to standard text messaging. The study users who agreed were on apps such as Bumble, OkCupid, Grindr and MeetMe, but the vast majority were on Tinder. Participants were asked to rate each of their messages from 1, meaning “not deceptive at all,” to 5, “extremely deceptive.” They also were asked some background questions, including what motivated them to join the app and how much they trusted their match.

Two-thirds of the study participants didn’t tell a single lie in their attempts to snag a date. Overall, only 7 percent of the thousands of messages were deceptive.

People who joined the app seeking social approval, entertainment or casual sex had higher rates of lying. This was expected as these users aren’t looking for long-term relationships. It’s easy to get away with lying to a person you only meet once. The more a participant lied to their matches, the more they thought their matches were lying, too. The opposite was also true. Prior studies have also shown that people tend to judge each other based on their own behavior, Markowitz said.

When people did lie, it was for two reasons: The first was to control their availability. For instance, they may have canceled a date because their sister was in town, but in actuality, they were alone on their couch watching Netflix. Or they claimed their phone was dead to avoid messaging back too quickly and appearing desperate. The second brand of lie was aimed at making a good impression. Perhaps your match loves corgis and the movie “Love Actually” — you may claim the same, though you’re deathly allergic to dogs and have never seen the film.

“Lying conflicts with our goals. We want to meet someone, we want to find love, and it’s possible that deception may undermine that,” Markowitz said. “I think most people may suggest that people are lying all the time on mobile dating apps, but that’s really not the case.”

Are dating app users surprised by these results?

“Generally, I think people are being honest,” said Lucy Guo, who launched her own dating app in February. “You can lie all you want, but you go on one date and the person’s going to realize you’re lying.” Guo’s app is called Apply to Date, and the idea is in the name; after seeing your profile, people can actually apply to date you. It’s up to you whether they get the interview. The concept is to keep people accountable, Guo said, and to save you time prowling for their matches’ Facebook pages.

With dating apps, it’s essentially like you’re talking to your phone,” said Alajha Hoppin, dating app user and Santa Cruz resident. Because of this, she thinks dating apps might help people to be more honest than they might be, say, walking up to someone at a bar. If you’re on Tinder, she said, people are upfront about what they’re after. Laying everything out on the table helps alleviate the inevitable awkwardness of that first meet-up, she said.

“People are comfortable with their phones,” Hoppin said. “It feels safe to be honest about what you want.”

This column/content is for subscribers only. It is sold separately and is not included in your Tribune News Service subscription. To subscribe, please contact Rick DeChantal at Tribune Content Agency, (866) 280-5210 or rdechantal@tribpub.com, or you can purchase individual columns a la carte at www.tribunenewsservice.com.