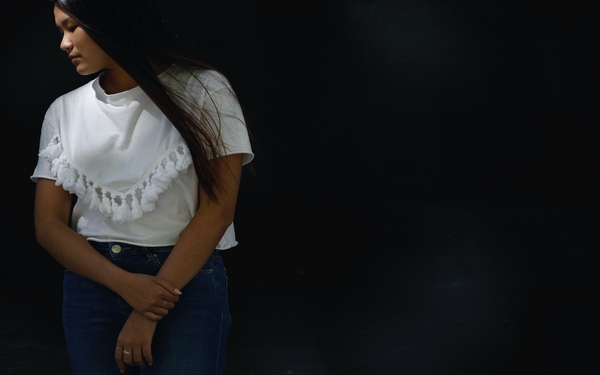 When Chelsea Wu walked into Dr. George Tyndall’s exam room at the University of Southern California’s student health clinic, she was 19 and, in her own words, “naive.” The sophomore had never seen a doctor without her parents by her side and had never been to a gynecologist.

“I was blindly trusting of doctors. I pretty much followed whatever they say,” Wu recalled.

During the 2016 appointment, Tyndall asked prying questions about her sex life, showed prolonged interest in her Chinese heritage and made comments about the tone of her pelvic muscle as he thrust his fingers inside her, Wu said.

Still, Wu shrugged off the experience until she read the Los Angeles Times’ article Tuesday detailing how the university received years of reports about inappropriate behavior by Tyndall before quietly forcing him out last summer.

“I thought it was normal. Being so young, I didn’t have a framework for what was acceptable,” said Wu, who received an undergraduate degree last year and will attend USC’s Gould School of Law in the fall.

As revelations about Tyndall reverberated through the USC community, a generation of alumnae were grappling with the news that the physician who served as the campus clinic’s only full-time gynecologist for nearly 30 years is now accused of serial misconduct. Women who attended USC from the 1990s onward found themselves reassessing appointments with Tyndall and often recoiling. The Times spoke to more than a dozen alumnae.

“Every female friend I had, had contact with him,” said 2017 graduate Ariel Sobel, who saw Tyndall three times, starting when she was 18. “All of us are trying to figure out if we had been abused.”

Tyndall, who could not be reached for comment Wednesday, has denied wrongdoing and said his exams were appropriate and thorough.

Current and former students were sharing memories of the gynecologist in phone calls, group texts and social media. Some were poring over their medical records.

An attorney who attended USC for her undergraduate and law degrees from the mid-1990s to the early 2000s said she saw Tyndall about three times a year while she studied there. She spoke on the condition of anonymity and said the physician, her first regular gynecologist, often made lewd remarks.

During frequent breast exams, he commented on the attractiveness of her slender body, squeezed her nipples and compared her favorably to his wife, who was also Asian.

“He’d tell me, ‘You have nice full breasts,’” she recounted. “He’d say, ‘Not every Asian has nice big breasts.’”

One graduate, a 27-year-old woman who works in law enforcement, said she was 19 when she saw Tyndall for her first-ever gynecology appointment, where he instructed her to lie on the exam table. Tyndall, she said, told her he was going to put his fingers inside her so he could ensure the speculum would fit. He put one in, then a second. At one point, he remarked, “You’ll be great at sex,” she recalled.

As he put a third finger inside her, she said, she locked eyes with the nurse in the room.

“She made eye contact with me, and looked at me remorsefully,” she said. The nurse then turned away.

“I’ve seen plenty of gynecologists since him, and no one has done it,” said the woman, who spoke to The Times on the condition of anonymity.

After reading The Times’ article, she said, she called her boyfriend and cried.

“I felt ashamed that I let that happen to me,” she said. “More than anything, I was mad at USC for allowing that to happen.”

She was one of about 75 people who contacted a phone line and web site the university set up this week to field complaints about the former gynecologist.

“Every complaint, whether identified or anonymous, is being carefully addressed on an individual basis for the appropriate referral and response,” a university spokeswoman said.

The university said Wednesday that Nikias first learned of the complaints against Tyndall late last fall, months after the doctor had resigned as part of a secret deal that included a financial payout.

Some students and alumnae dismissed Nikias’ apology, noting recent USC scandals involving the former medical school dean, who was using methamphetamine and other drugs, and other administrators.

“It’s just words. Students have already been affected,” said current undergraduate Rose Martinez, 19. “It frustrates me that I can’t trust the health center. It’s one of the most important resources students have.”

The university’s second-in-command, Provost Michael Quick, met with the Engemann Student Health Center staff Wednesday morning. Later at a campus speech to education journalists, he did not mention Tyndall by name but called the matter “very disturbing” and said, “We are dealing with that.”

Among the issues facing USC and Tyndall is scrutiny by the Medical Board of California, the agency responsible for protecting the public from problem doctors. USC maintains it had no legal obligation to report Tyndall to the board at the time of his departure, but has said “in hindsight” the university should have made a complaint. It filed a belated report in March.

“I can tell you we are looking closely at this story and everything brought up in it,” medical board spokesman Carlos Villatoro said Wednesday.

Some of the most serious allegations against Tyndall concern his use of fingers at the start of pelvic exams. Witnesses told The Times the physician routinely inserted one finger and then a second in patients after voicing concern that the speculum might not fit. While he spoke, they said, he moved his fingers in and out and made remarks on the tightness of their vaginal muscles: My, what a tight muscle you have. You must be a runner.

In recent interviews with The Times, Tyndall, 71, defended his routine use of fingers at the start of the pelvic exam, saying it served legitimate medical purposes, and said some of his comments were misinterpreted.

An internal USC investigation determined that Tyndall’s behavior during pelvic exams was outside the scope of current medical practice and amounted to sexual harassment of students.

Many former patients recounted Tyndall making comments during appointments that ranged from slightly strange to jaw-dropping.

Kastalia Medrano, who received an undergraduate degree in 2013, said Tyndall veered from a discussion about her sexual health to a recommendation that she visit a sex shop he knew.

Medrano said the moment was uncomfortable, but “I just kind of wrote it off.”

Former doctoral student Sahra Sulaiman said that when she brought up fibroids during an appointment in the mid-2000s, Tyndall opened one of his desk drawers and took out a copy of Cosmopolitan magazine.

“He said, ‘Do you want to read this Cosmo article about stopping your period forever?’” recalled Sulaiman, now an advocacy journalist in Los Angeles.

She said she was bowled over: “I was like, ‘Are you a doctor? Is this where you get your medical information?’”

She said she complained about Tyndall to a part-time female gynecologist at the clinic who was “sympathetic” and indicated she had fielded other complaints.

“I felt my face heat up when he asked,” she recalled. “It weirded me out and I was confused why he was asking. I felt because he was a doctor I had to answer.”

Colleagues told The Times that Tyndall appeared to prefer Chinese students. Wu, the recent graduate who saw Tyndall when she was 19, said he told her that he had a lot of Chinese patients who had come to him not knowing very much about sex.

He once pulled out a map of China, solicited her opinion on the English translations on the map, and asked for more information about the country.

“It took 15 or 20 minutes, longer than my pelvic exam,” Wu said. “I didn’t understand why I was explaining this to my doctor, because it was totally unrelated to my health.”