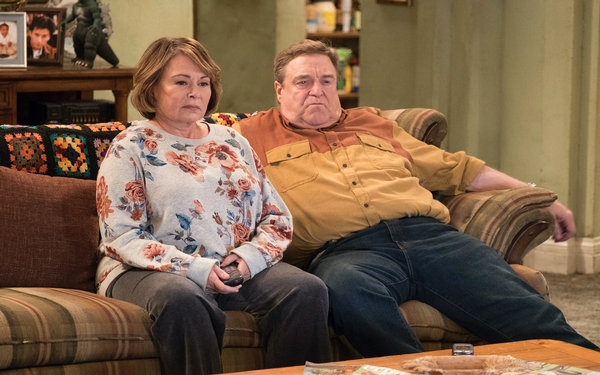 “Roseanne’s Twitter statement is abhorrent, repugnant and inconsistent with our values, and we have decided to cancel her show,” said Channing Dungey, president of ABC Entertainment, in a statement on Tuesday.

On Monday, the conservative-leaning Barr sparked outrage and a call to action after she insulted former Barack Obama aide Valerie Jarrett.

Replying to a tweet about a Wikileaks report claiming that the CIA spied on French presidential candidates during the Obama administration, Barr referred to Jarrett as the offspring of the Muslim Brotherhood and the “Planet of the Apes” film franchise.

“I apologize to Valerie Jarrett and to all Americans. I am truly sorry for making a bad joke about her politics and her looks. I should have known better. Forgive me-my joke was in bad taste,” Barr wrote.

An hour before ABC canceled the series, which follows the blue-collar Conner family in the Trump era, consulting producer Wanda Sykes said that she will not return to the revival, which had already been renewed for a 13-episode second season — its 11th season overall.

“Roseanne’s recent comments about Valerie Jarrett, and so much more, are abhorrent and do not reflect the beliefs of our cast and crew or anyone associated with our show,” she wrote. “I am disappointed in her actions to say the least.”

Gilbert added that the situation is “incredibly sad and difficult for all of us.” As of Tuesday morning, Barr’s costars John Goodman and Laurie Metcalf had not publicly commented on the cancellation.

“We’ve created a show that we believe in, are proud of, and that audiences love— one that is separate and apart from the opinions and words of one cast member,” Gilbert added.

Rev. Al Sharpton also weighed in, tweeting that “the comparison by Rosanne Barr on ABC of Former Obama aide, Valerie Jarrett to an APE is racist and inexcusable. ABC must take action NOW!”

The “Roseanne” revival premiere debuted to a whopping 18.2 million viewers in March, making it the highest-rated network sitcom episode since 2014, and even besting the finale of the original series back in 1997. It also drew the attention of President Donald Trump, who called Barr to congratulate her on its success.

Since then, episodes on ABC averaged 17.9 million viewers an episode, according to Nielsen ratings data, making the sitcom one of the most watched shows on television.