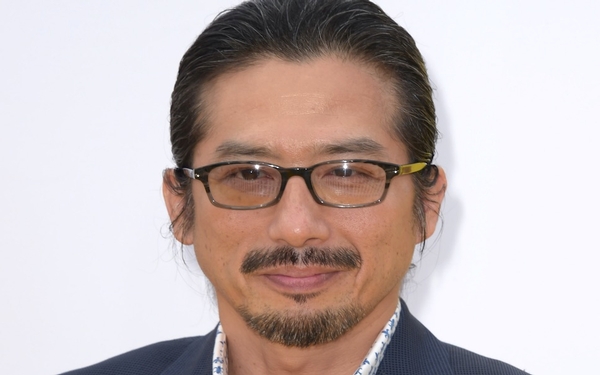 The robot cowboys and saloon girls of “Westworld” met their match when the HBO show, now in its second season, revealed the parallel universe of Shogun World. But ninjas and geishas programmed with narrative loops similar to their gun-slinging counterparts wasn’t the only highlight of the Japanese theme park.

One of the leaders in the “host” rebellion against the park’s pleasure-seeking guests is Musashi, a fierce master samurai who can fell an entire army, and he gets plenty of opportunities to swing his sword. Musashi is played by master swordsman Hiroyuki “Hiro” Sanada, and the role continues the 57-year-old actor’s run as a crossover star and martial arts hero over a career that’s stretched from childhood roles of the 1960s to his American breakthrough in “The Last Samurai” to being featured in a forthcoming chapter of Marvel’s “Avengers” franchise.

The L.A.-based Sanada, who also starred in the last season of “Lost,” spoke with The Times about sword play, reciting Shakespeare and why he loves silent film star Buster Keaton.

Q: You’ve been acting since you were in grade school and have easily starred in over 100 productions across film, TV and the stage. In all that time, have you ever played the role of a robot?

A: I have played an immortal being before but not a robot. Now I’m a robot Samurai.

Q: Were you a “Westworld” fan before landing the role of Musashi?

A: Oh, yes. I watched all of Season 1, and in real time when it aired. So when I saw they were working with the samurai warriors at the end of last season, I saw possibility. A samurai and a Shogun World?! I was so curious. So I just kind of crossed my fingers. When I received the offer for this role, I was so excited. They have great ideas, crew, cast, talent, and they use all the (latest) technology. Everything is so high-grade.

Q: How would you describe your character?

A: His name, Musashi, is also the name of a real, legendary Japanese sword master, and he has a great skill for fighting. He always tries to fix the story by his sword. He’s a host (robot) who fights to save himself and others. And regular “Westworld” characters are crossing over into Shogun World so we have an interesting relationship that connects us.

Q: It’s probably safe to assume you’ve filmed more martial arts fight scenes than anyone who was on the “Westworld” set.

A: I don’t know. (Laughs.) But I’ve done so many samurai movies and the fighting scenes before, so they respected me as a sword master on set. I suggested some things and had some ideas for the fighting scenes and worked with the choreographer and coordinator to make it the authentic samurai way. We’ve worked to create the best balance between authenticity and entertainment.

Q: And do you still do all your own fight scenes?

A: I like creating scenes with stunt guys and a choreographer, but I did all the fighting by myself. No stunt double at all. Sometimes all-day fighting, including my birthday. From the beginning to the end, all day, fighting, fighting, fighting.

Q: You had to slay the enemy on your birthday? That seems unfair.

A: (Laughs.) But at lunchtime they brought a big birthday cake on set in the Japanese village and then all the cast and crew sung happy birthday. It’s one of my favorite birthdays ever. It also gave me energy again for the second half of the day — to fight until sunset.

Q: What inspired you to start acting at such a young age?

A: I watched a lot of American and European movies. The great leading actors doing their own stunts. I wanted to act and do everything by myself — that was my thought. I started martial arts training when I was 13, also traditional dance and singing. And I was already thinking about working in the world market.

Q: Later, when you would see martial arts scenes in American films, what did you think? Like, “Oh, no, this is really bad”?

A: I was training and could see that some movies coming from America misunderstood our culture. I was so frustrated. I decided then that I wanted to correct these mistakes about our culture. But I was working just in Japan until I was 40.

Q: What was your breakthrough in terms of crossing over to an international audience?

A: When I got the chance to work with the Royal Shakespeare Company (in 1999). It was my first experience speaking English in front of an audience. I was playing the fool in “King Lear” with Nigel Hawthorne. It was like mixing cultures and making something new no one had ever seen. I wanted that kind of international project to be my life’s work.

Q: And it opened up doors for you?

A: It did. Right after that I got the audition for “The Last Samurai.” It was my first American Hollywood movie. I thought “OK, there’s no more wall between East and West.”

I’ve since worked to make a bridge for the next generation. That’s been one of my missions. When I moved to L.A. in 2005 I continued getting roles involving the Japanese culture. It’s been good because I get a chance to discuss (the authenticity of) the costumes, set and props, and the Japanese cultural references. And I try to spot the (mistakes). That was my old experience in the U.S., but this time luckily the HBO crew researched a lot before I joined “Westworld.”

Q: Is American film and TV doing a better job in its representation of Japanese culture or characters now?

A: I think the door is more open than it was 10 years ago. It’s easier than it was before when I came here. But it’s still very hard for Japanese film (actors) to jump into the world market.

Q: What were some of the American films or TV shows that inspired you as a child?

Q: Were there actors that you thought, “I want to be like him”?

A: It’s funny. I didn’t want to be somebody else. But I was inspired by John Wayne and Steve McQueen because they did all the stunts by themselves. And doing your own stunts is a great service for the audience. That’s why I started training so young. I watched action movies, but I also love stories and musicals. Silent movies too. Buster Keaton. Charlie Chaplin.

Q: I wouldn’t have guessed that.

A: I thought it was the best way (to crossover) because I couldn’t speak English when I was a kid. I thought, “I can go to world market without English! Let’s make a silent movie with full action or dancing, singing.” So Keaton was my hero before John Wayne.

Q: When you first spoke English in front of an audience, it was with the Royal Shakespeare Company. Was it terrifying?

A: It was the biggest challenge of (my acting career). I could speak English for casual conversation or for shopping or talking with friends, but Shakespearean English is so special. I had never learned “thou” and “thy.” I was like, what is that? We never learned this in the university.

Q: How did you learn?

A: I had five coaches for the Shakespeare play. Every day they made notes for me. It started with 30 pages of notes, then over time as we kept working, it was 10 pages. Then three. The night before the preview I got just one page of notes. I was the only Asian cast in the production. So I’ve learned a lot onstage. That experience changed my life. If I didn’t join them, I would not be here talking to you now.

Q: I know you are sworn to secrecy about your role in the upcoming “Avengers” movie. But is there anything else coming up that you can talk about?

A: My new movie “The Catcher Was a Spy” is coming out June 22. It was directed by Ben Lewin, and I worked with Paul Rudd. It’s the story of Moe Berg, a major-league baseball player who becomes a spy (during World War II). I play a (Japanese delegate) and professor of history. I’m excited! I’m going to be there, in the theater, watching when it comes out.

Q: Let’s get back to the genre of the film we aren’t allowed to talk about. Are you a fan of big superhero films?

A: Yes. There were hero movies in Japan too. I love that kind of big franchise hero movie, but I also love independent dramas. I need that healthy balance.

TV Time
(Almost) every show coming to TV this summer. And 29 that aren’t
866 views

TV Time
‘All Rise’ is the first TV drama to tackle coronavirus. Here’s how they did it
504 views