‘Who Is America?’ Sacha Baron Cohen goes undercover on the comedy warpath again 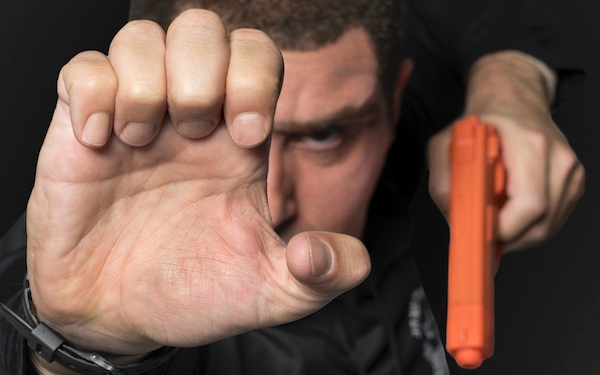 Sacha Baron Cohen returned to television Sunday night with the first in a seven-part Showtime series, "Who Is America?" (Gavin Bond/Showtime)

Sacha Baron Cohen, whom you may know better as Ali G, Borat Sagdiyev, Brüno Gehard and/or Admiral General Aladeen, returned to television Sunday night with the first in a seven-part Showtime series, “Who Is America?”

As in his previous works for the littler and bigger screens, Baron Cohen assumes a variety of disguises — not that many people would recognize him out of costume — to gull unsuspecting citizens into making fools of themselves. The new show is loosely political. The title suggests social inquiry; the opening credits push images of a nation divided.

Dropping with the suddenness of a Beyonce album, the series was announced just days before its premiere, and the opening two episodes were shown to reviewers in special screenings with strict instructions not to share the tiniest scrap of information before they aired — though those restrictions were later lifted.

Phones were surrendered at the door, and guards with night vision goggles stood by to make sure no one in the audience texted or tweeted. (That is like something out of “Who Is America?” but also a fact.)

One can imagine that, beyond whatever element of comic surprise Showtime and Baron Cohen want to maintain, there might be some practical reason for keeping viewers in the dark, to put off controversy until after the broadcast — some of his victims, presumably, won’t know they have been pranked until after their episode airs and the phones start ringing.

Indeed, names of some of the better-known unwitting participants have leaked into social media. Former vice presidential nominee Sarah Palin declared in a Facebook post that she had been “duped” into meeting someone she believed to be a disabled veteran but now suspected was Baron Cohen. (A #boycottShowtime hashtag followed.)

Executives at the network would neither confirm nor deny any of it, though it did use footage of former Vice President Dick Cheney autographing a “waterboard kit,” and Baron Cohen on Thursday predictably made hay from the situation, issuing a rebuttal to Palin, in character, via Twitter.

The kind of asymmetrical improvisational comedy he practices, in which only one party understands the game, is not new or unique to Baron Cohen. It goes back to “Candid Camera,” at least, and forward to shows like Comedy Central’s “Nathan for You,” in which Nathan Fielder — a behind-the-camera contributor to “Who Is America?,” if I read the credits right — posed as a consultant proposing ridiculous ideas to struggling small businesses.

Specifically, Baron Cohen builds on the work of British comic provocateur Chris Morris, whose 1997 series “Brass Eye,” a satire of tabloid journalism and social hysteria, is in many ways a blueprint for “Who Is America?”

Some of Baron Cohen’s guests, or whatever you want to call them, are (or lately were) public people involved in policy or pun-ditry — lobbyists, talking heads. It seems fair to expose their willingness to endorse the star’s absurd statements and proposals — a “Kinderguardians” program, for example, promoted by Baron Cohen as an Israeli security expert, with its child-friendly “pup-py pistol” and “Uzi-corn” — or even just to point out their inability to spot an obvious faker.

More than a few such figures say ridiculous things publicly all the time without any help from a Baron Cohen, of course; if he’s exposing anything, it’s the mad eagerness some people have to go on television.

In other cases, the star is merely playing a fool in front of people whose only mistake is to treat him kindly. When, posing as a Trump-loving conspiracy theorist — the same character who issued the rebuttal alluded to above — he offers nonsensical solutions to income inequality and blames Obamacare for his “obese legs” and “chalky deposits,” Sen. Bernie Sanders is patient and polite; more than that, he’s beside the point, a prop.

And when, in the guise of a cartoon granola liberal (“a cisgender white heterosexual male, for which I apologize”) on a bike tour to heal a divided America, he sits down to dinner with a wealthy conservative couple, one is more impressed by their curiosity and friendly tolerance than anything Baron Cohen’s character has to say, as he goes on about his wife having an affair with a dolphin and their daughter being made to menstruate on the flag. (“Honey, don’t pass judgment,” the woman says to her husband, as he is finally about to.)

In the remaining segment of the opening episode, Baron Cohen plays an ex-con (“I made one mistake — just 14 times”) bringing his art, made from his bodily wastes and secretions, to a Laguna Beach art gallery.

The woman who represents it is willing to take him more seriously than she should, perhaps — though, in fact, the drawings are not bad — and when he shows her a brush he has been assembling from the pubic hairs of famous artists (Banksy and Damien Hirst are the names he drops), she wonders, “Are you asking me for a sample?”

“That is so generous,” he responds, and here, at least, he is telling the truth.