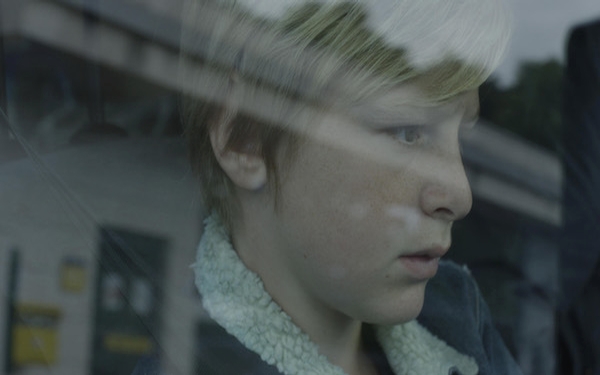 “Custody” is a time bomb of the most devastating sort. The ticking starts slowly, almost imperceptibly, but it never lets up, never stops inexorably increasing in volume, until a conclusion as devastating as it is inevitable.

As written and directed by French filmmaker Xavier Legrand in a formidable feature debut that won the Venice film festival’s Silver Lion for director, “Custody” doesn’t contain an actual bomb. Instead it is people who are explosive, who threaten everything in their path.

Legrand has said in interviews that films as diverse as “Kramer vs. Kramer,” “Night of the Hunter” and “The Shining” informed what he has accomplished here, something he characterizes as “the kind of cinema which involves spectators by playing with their intelligence and nerves.”

For a film that becomes increasingly nerve-racking and tension filled, “Custody” — as its name implies — begins simply enough with a custody hearing filmed in real time in a small judicial chamber in an unnamed French city.

The judge in charge, a firm, no-nonsense woman (Saadia Bentaieb), sits on one side of a table, faced by Antoine (Denis Menochet) and Miriam (Lea Drucker) and their articulate, dueling attorneys.

Separated for a year, the burly, agitated Antoine and the thin, distraught Miriam have two children, one of whom, soon-to-be-18 Jo-sephine (Mathilde Auneveux), is too close to being an adult to be of judicial concern.

That leaves 11-year-old Julien (Thomas Gioria ), currently living with his mother but the object of a petition for joint custody by his father.

After the judge reads a statement by Julien, who says he doesn’t want to see his father because “he wants to hurt my mother,” Miriam’s attorney (Sophie Pincemaille) follows up, talking about violent behavior on Antoine’s part.

But Antoine’s attorney (Emilie Incerti-Formentini) smoothly counters that the talk of violence is just hearsay, not backed up by evidence or witnesses.

When Miriam plaintively says “we just want peace,” Antoine counters by insisting “I won’t abandon my son.” No wonder the judge fixes both husband and wife with a gimlet eye and says the question facing her is “which of you is the biggest liar.”

It is one of the triumphs of “Custody,” however, to devastatingly demonstrate that even the people whose actions prove to be horrific and indefensible never actually feel they’re lying.

Far from doing anything wrong, they’re convinced they’re acting out of the rational belief of themselves as the injured party standing up for incontrovertible rights.

As part of this, because family is such a crucial aspect of French life, we get to spend time with both sets of grandparents and see how their passed-down behaviors have factored into what their children are going through.

Caught in the middle, of course, are the children.

Josephine, as it turns out, has no trouble creating her own kind of problems relating to her passion for fellow music conservancy student Samuel (Mathieu Saïkaly).

The child who has it worst is Julien, the object of his father’s quest for connection and too young to really defend himself against a mendacious parent.

Gioria, making his feature film debut, is exceptional as Julien, conveying terror and helplessness in the most convincing way from start to finish.

The trio of actors playing the other key family members are also strong and have had the advantage of originating their roles in director Legrand’s previous Oscar nominated short “Just Before Losing Everything.”

Drucker, who is perhaps best known in this country for her role in the French TV series “The Bureau,” captures both Miriam’s fragility and her strength. The plausibility of Menochet’s remarkable range, from total fury to abject tears, is essential for “Custody’s” success.

“Custody” can be difficult, even wrenching to watch, but it always plays fair with the audience, and the experience, worth every minute expended, is impossible to forget.